When you find a video on YouTube that you just can’t get enough of, you might want to play it over and over again. But why take the time to keep hitting the replay button when you can just loop the video! Here’s how to loop YouTube videos on desktop (any Mac, PC browser) and mobile (iPhone, Android). After that, the video will play itself on repeat. 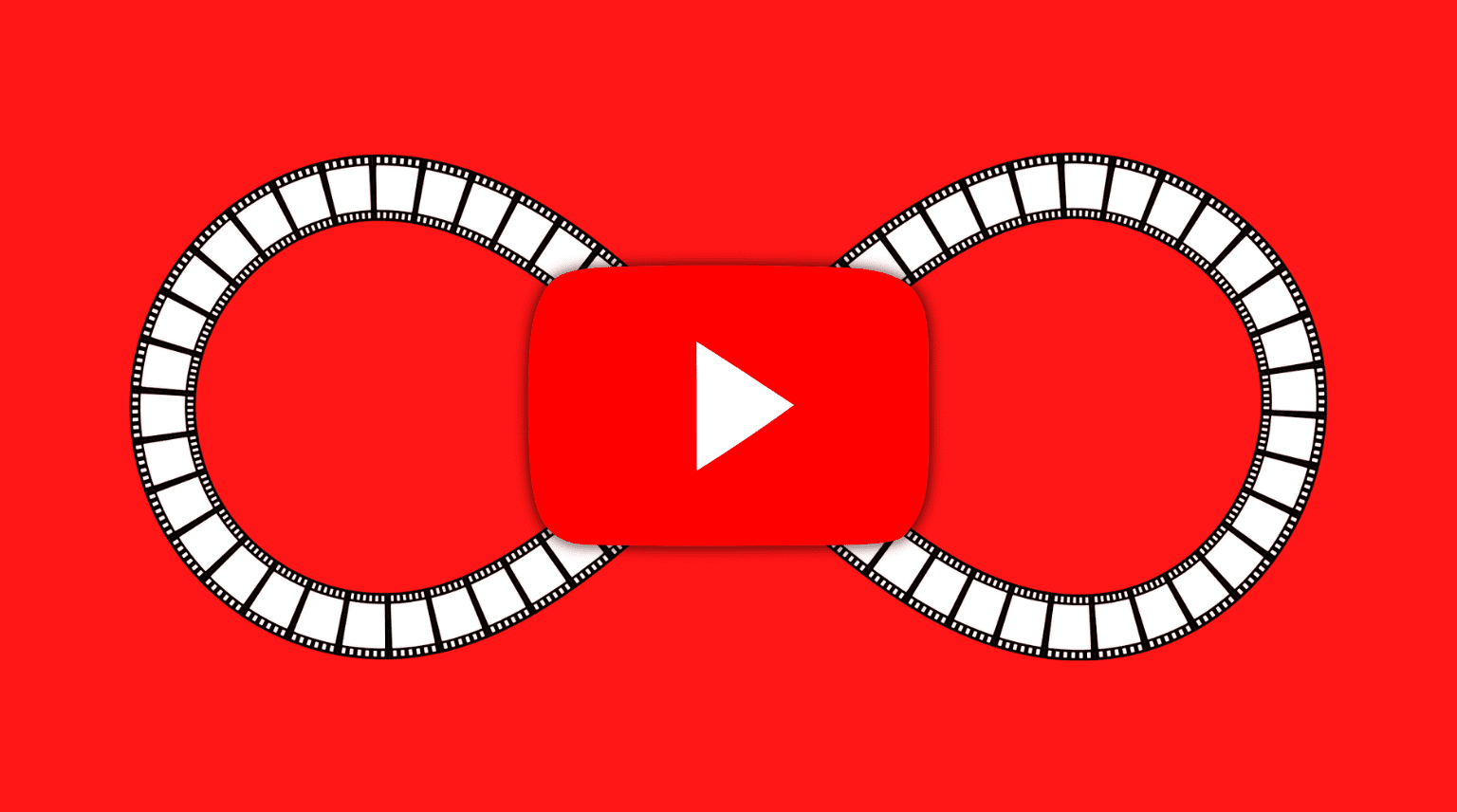 Playing a video in a loop on your computer (Mac, PC, Linux) is easy, though you’ll need to reveal the hidden option with a secondary click on the video player.

1) Place the mouse pointer anywhere on the YouTube video and right-click. You can also hold the Control key and make a single click.

That’s it! This YouTube video will start playing from the beginning once again after it finishes playing. It will continue to do this until you turn off Loop via the same steps or play a different YouTube video. 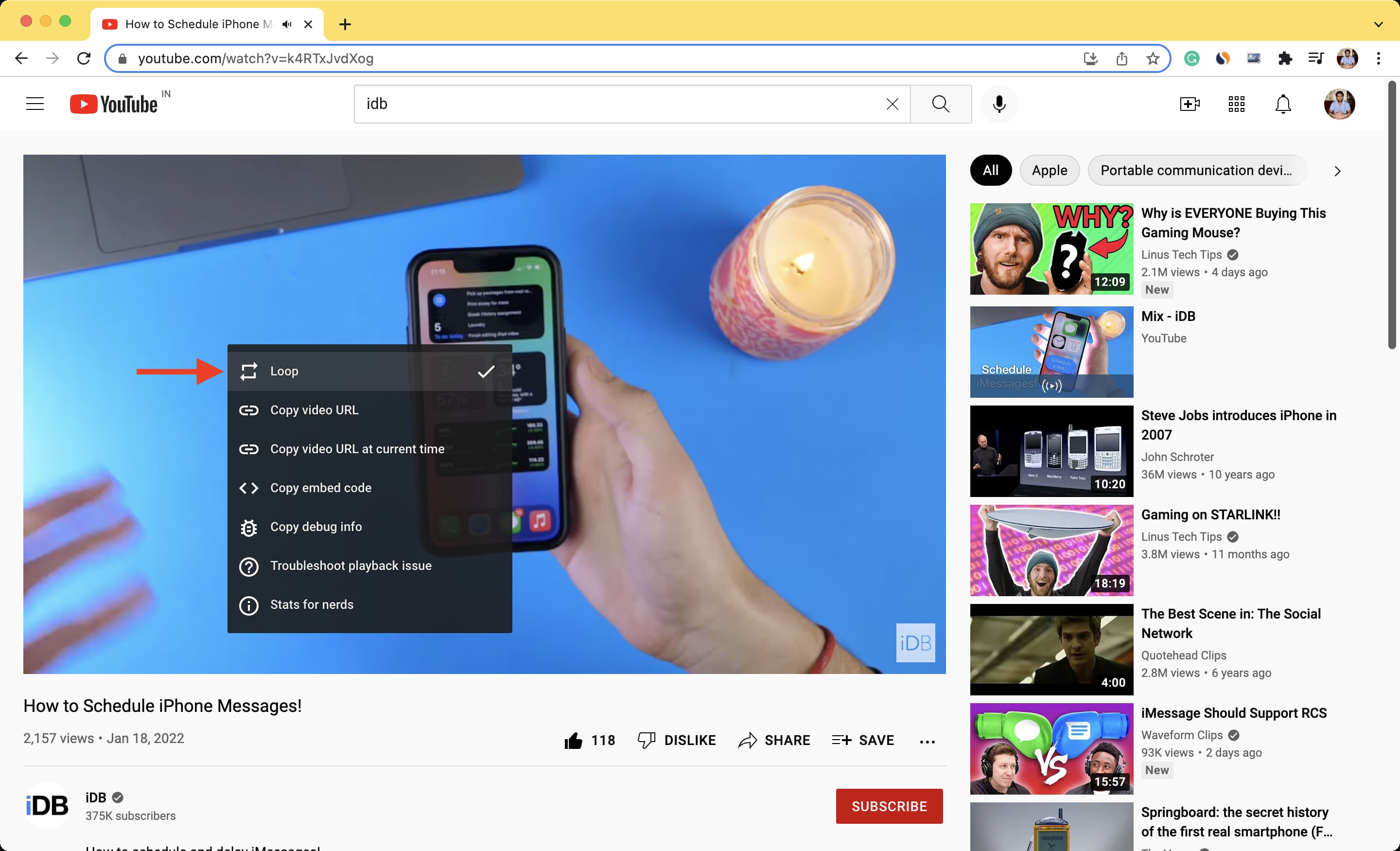 How to loop only a specific portion of a YouTube video

I have been using a browser extension on my Mac called Enhancer for YouTube for a long time. This super handy extension has many options, including a loop feature that lets you loop even a portion of YouTube video.

1) Start by getting the extension for the desktop browser of your choice – Chrome, Edge, Firefox, or Opera. Finish the basic extension setup process.

3) Set the Start & End times and play the video. Also, make sure the loop toggle is enabled.

Now, only the set portion of the video will keep looping, that is, play on repeat. 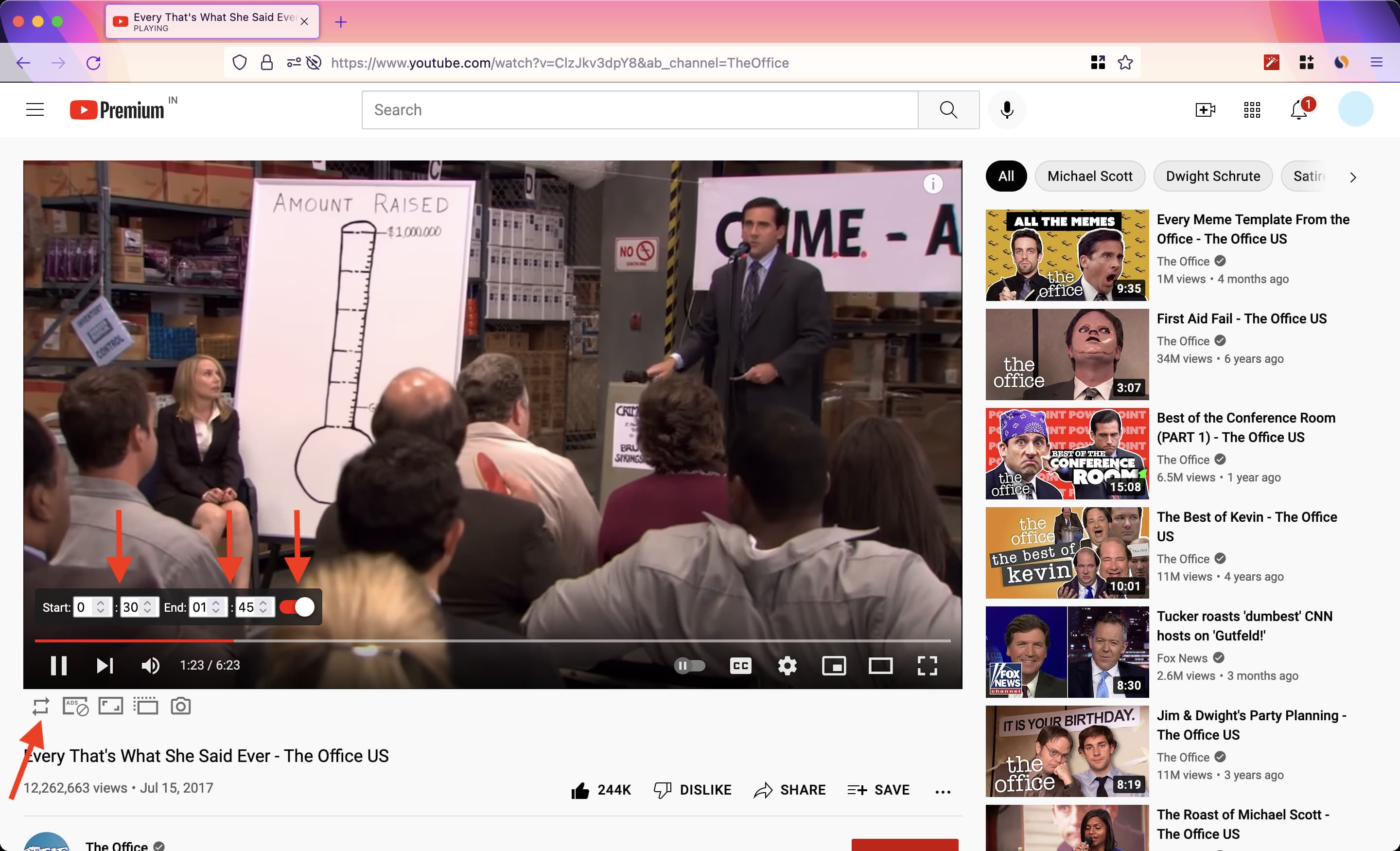 1) Open the mobile YouTube app and play the video you want to loop.

2) In the video player, tap the three-dotted menu to reveal options.

3) Tap Loop video to put the selected video on repeat.

The video will now play continuously from start to end until you select the option again to turn off looping or play a different video.

How to loop a YouTube playlist on iPhone, Android

To loop a YouTube playlist, play a playlist in the YouTube mobile app. With the playlist playing, tap the loop icon in the control box underneath the video. 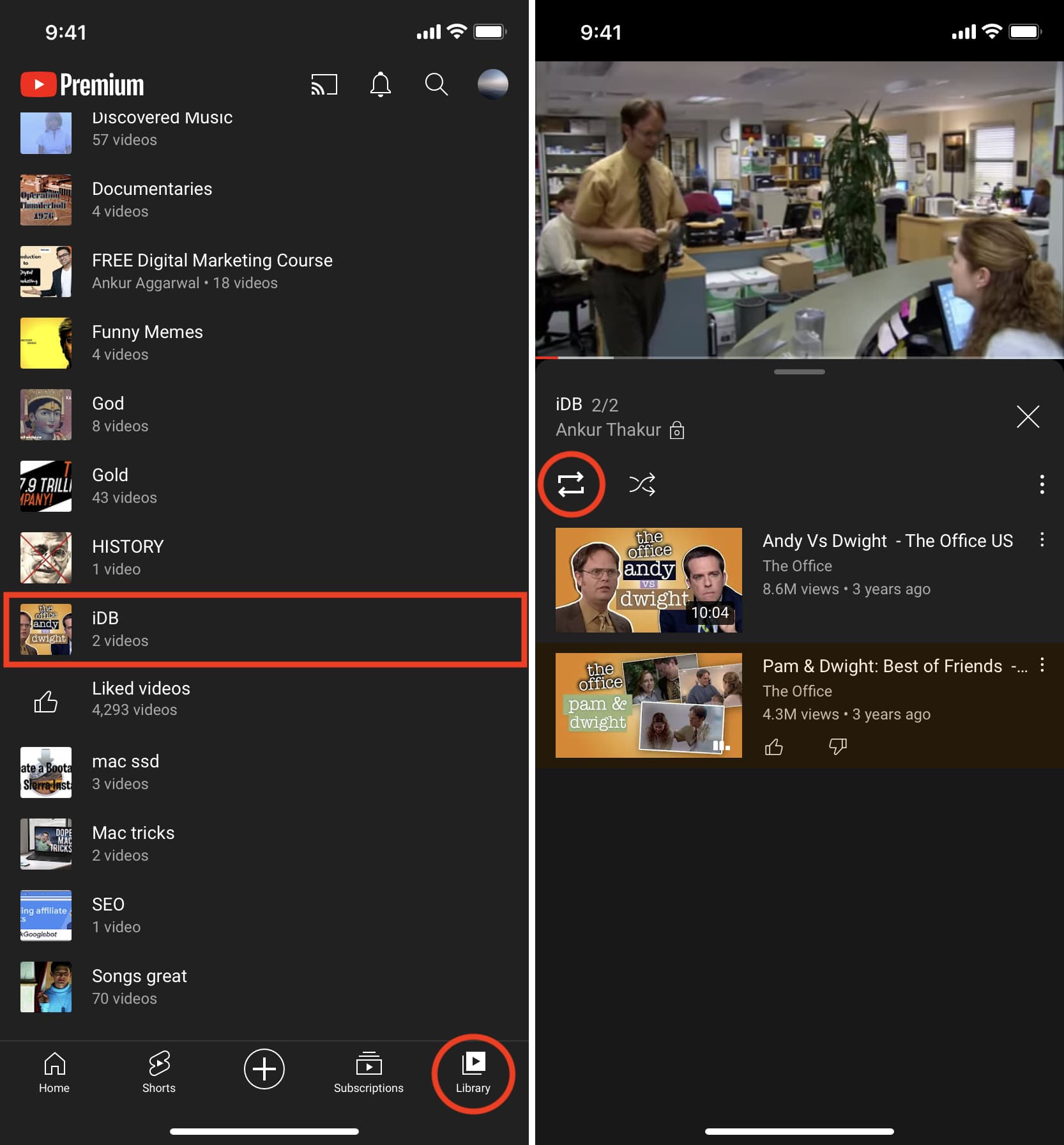 Note: Now, YouTube gives you the option to loop a video in the mobile app (mentioned above). But, before, when it wasn’t possible, people used this trick by putting a single video in a custom playlist and then setting the playlist itself to loop.

It’s even possible to have YouTube repeat a single video within the playlist. To do that, simply tap the Loop button again so that “1” appears in the middle of the button.

There are all sorts of reasons and types of YouTube videos you may want to play in a loop. Maybe it’s your favorite song, a hilarious comedy clip, or an unforgettable commercial. Whatever it is, you can easily see and hear it over and over.