Earlier this week, renowned security researcher Ian Beer announced plans to drop an iOS 11.4.1-compatible exploit to the public. But as it would seem, he’s not the only person packing exploits for Apple’s mobile operating system.

Joining the recent exploit-centric commotion is a security researcher by the name of Brandon Azad, who just recently released an iOS 11.2.6-11.4-compatible exploit on GitHub along with some handy mitigation bypasses. 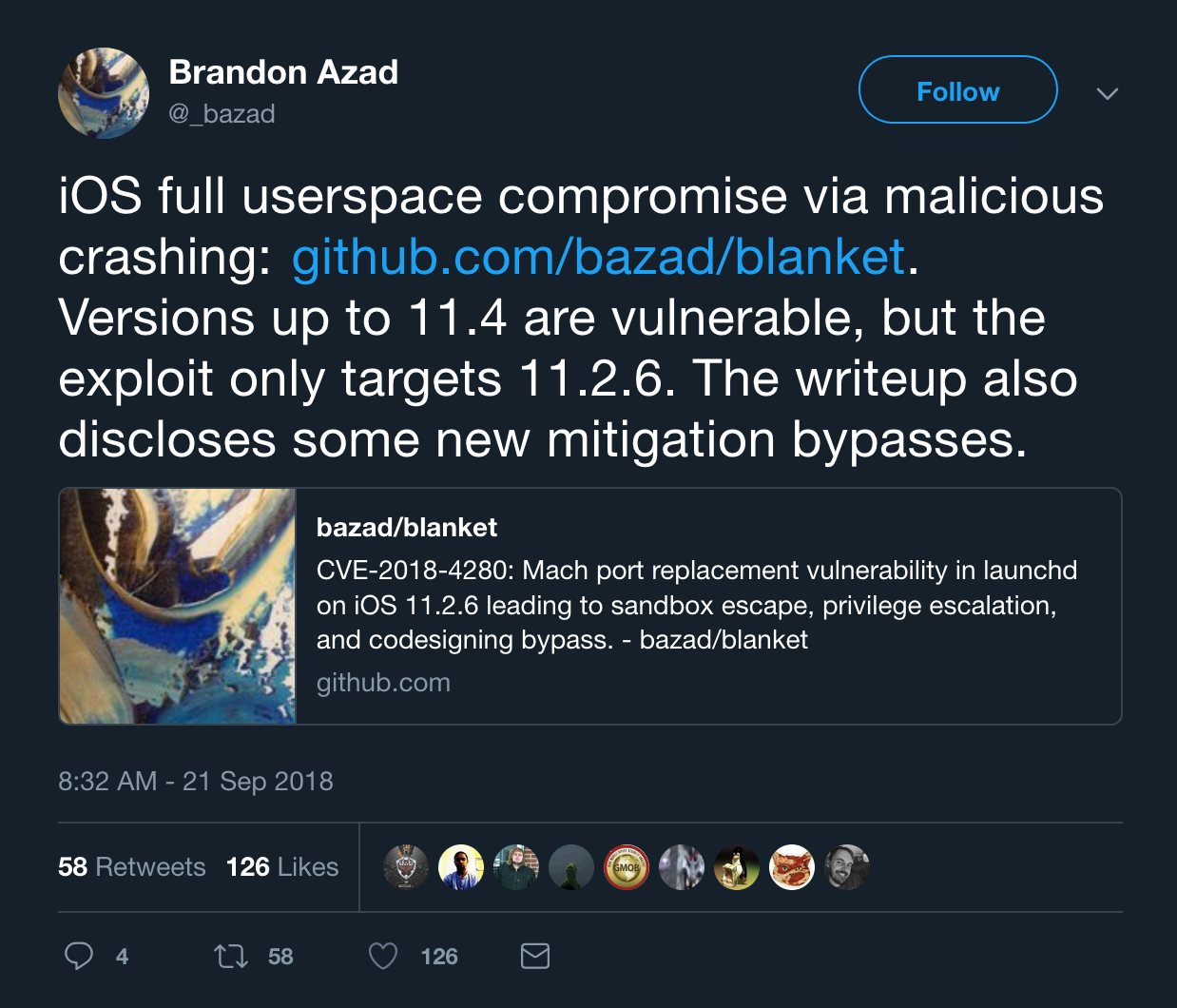 Regardless, having so many exploits unveiled in such a short period of time should make any avid jailbreaker excited. These exploits are an essential component in jailbreak tool development, and without them, we’d have no way of assuming full control over our handsets.

Notably, Beer hasn’t publicized his iOS 11.4.1-compatible exploit just yet, and there haven’t been any announcements from any official jailbreak team denoting an updated tool with support up to iOS 11.4.1.

To date, Electra remains the latest public jailbreak available, supporting only iOS 11.0-11.3.1. Security researchers with Ali Security recently demonstrated an untethered jailbreak for iOS 12, but it’s unlikely that it’ll ever be released to the public.

With so many exploits making their way into the public’s hands, are you excited to see what might become of future jailbreak developments? Let us know in the comments section below!