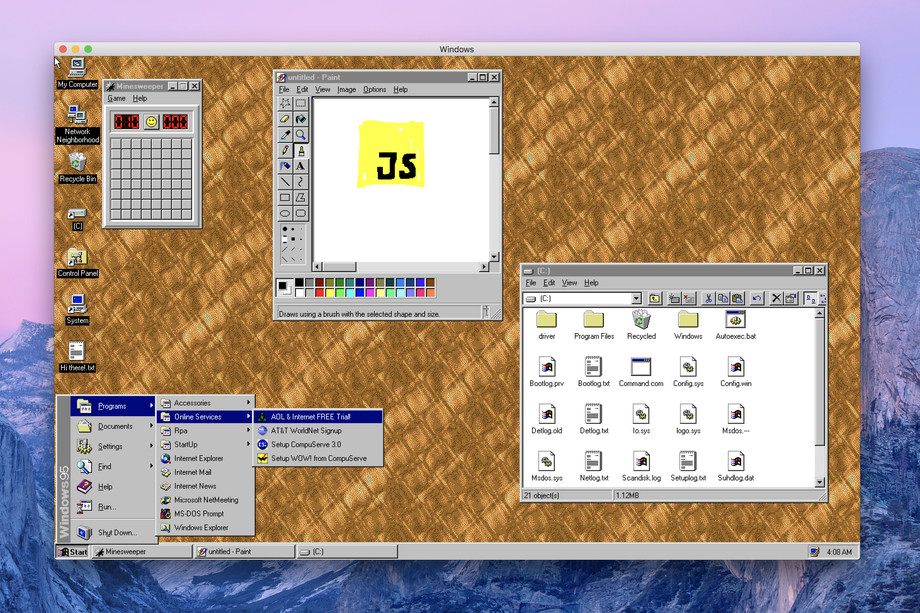 You can now load up Windows 95 on your Mac and mess with File Manager, play the classic games Solitaire and Minesweeper or just marvel at the piece of software that has helped Microsoft win the desktop wars of the 1990s and nearly killed the Macintosh platform.

Familiar Windows apps such as Wordpad and MS Paint, or features like phone dialer, all work without a hiccup. The same isn’t true for the Internet Explorer browser which fails to render most websites due to its lack of support for the modern web technologies in use nowadays.

An electron version of Windows 95 is based on an existing web project that supports Windows 95, Windows 98 and a whole host of older operating systems.

The app runs in a window on your Mac, Windows or Linux PC like any other macOS app. 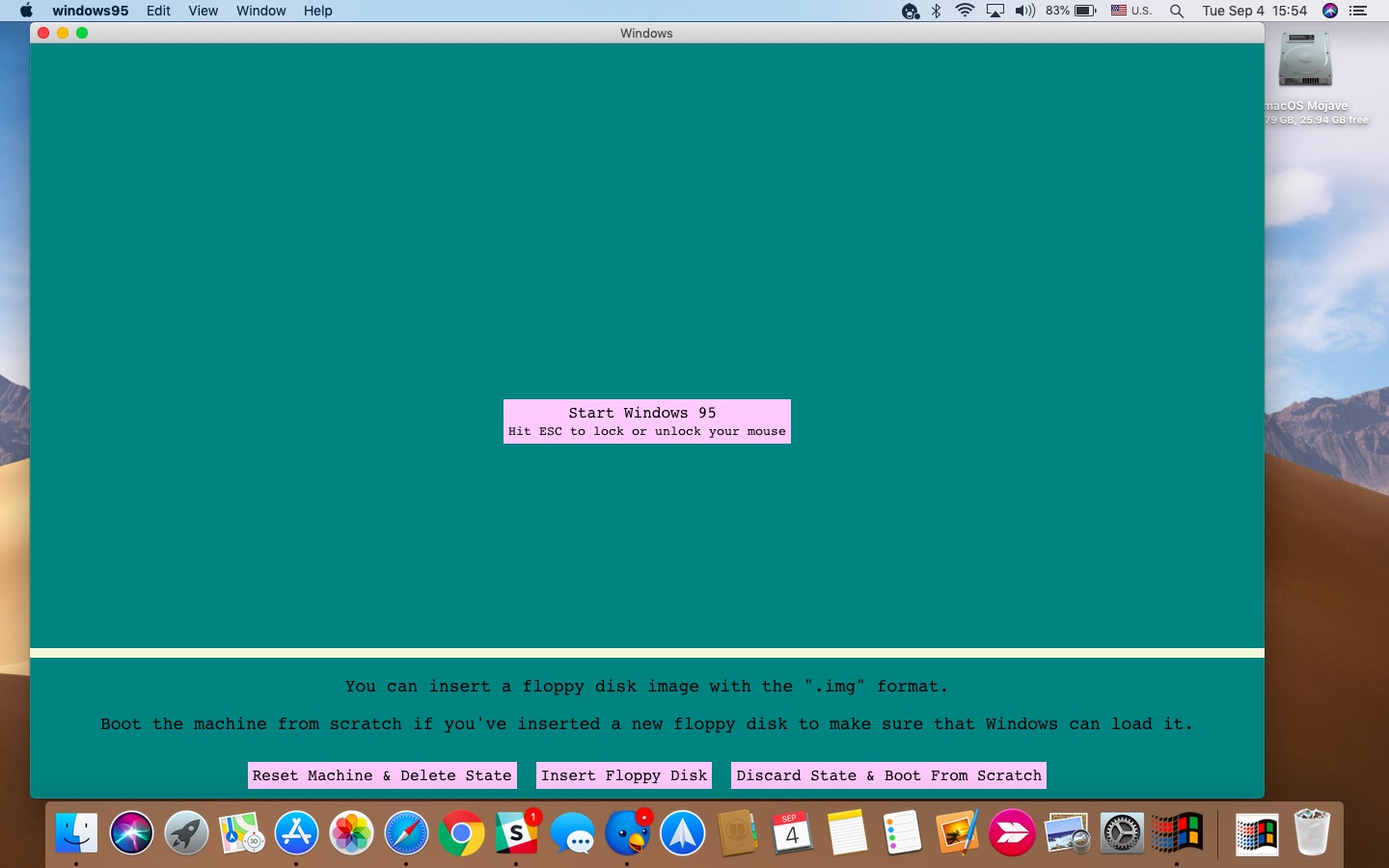 It even simulates the ASCII-based BIOS environment that people could enter after turning on their PC to do things like format the disk, change their boot volume, set date and time etc.

The app, built by Slack developer Felix Rieseberg, runs like any other app, no need to dual-boot between macOS and Windows 95, or use virtual machines or Apple’s Boot Camp system.

When running Windows 95 and all of its old utilities, apps and games, the app takes up only two-hundred megabytes of RAM on your computer, which is a testament to how resource-savvy the operating systems of old used to be due to hardware limitations.

Try this out for yourself right now boy downloading the installer from GitHub.

Animation courtesy of The Verge