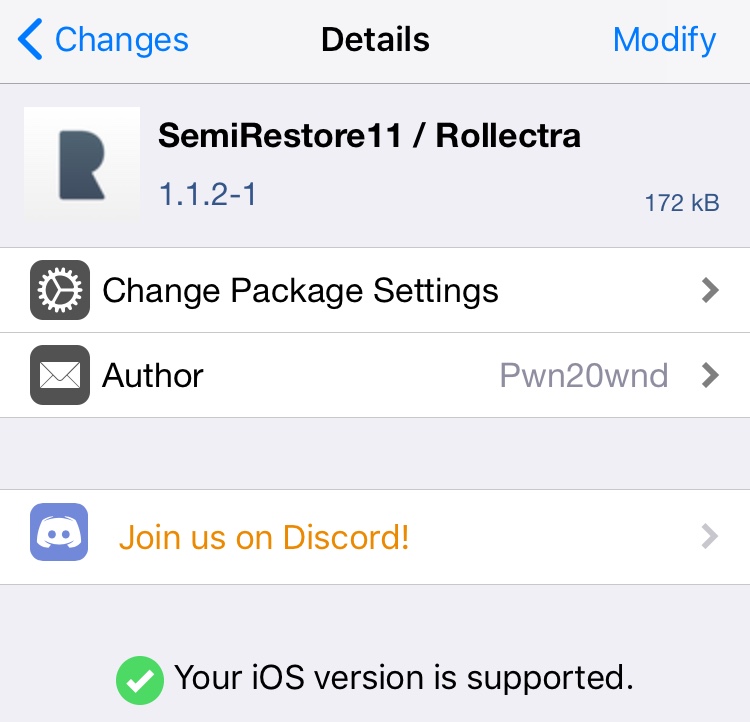 Hot off the heels of a Rollectra/SemiRestore11 update this Labor Day weekend, developer and ex-Electra Team member Pwn20wnd has released another update to the un-jailbreaking tool on Tuesday. The latest update brings the utility’s version number up to 1.1.2.-1.

In case you’re in need of a refresher, the update that dropped on Labor Day weekend added support for iOS 11.3-11.4.X devices that had been jailbroken with Electra. Furthermore, it added a new option for un-jailbreaking your handset without losing your user data. 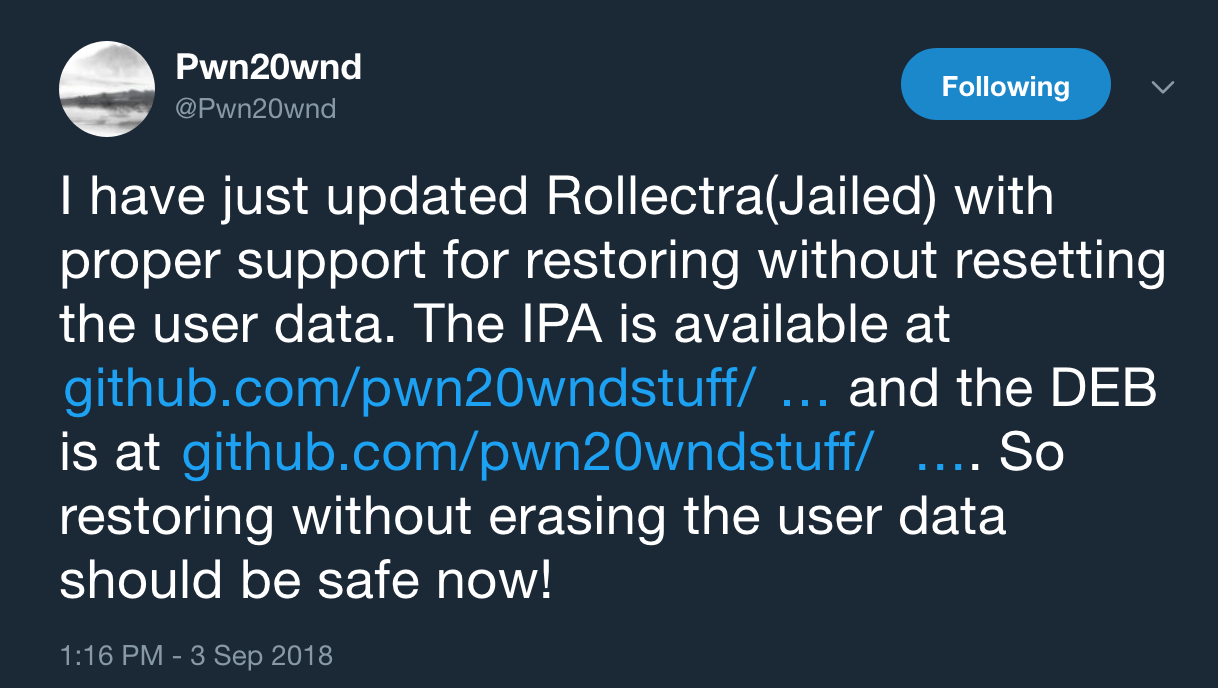 You can get Rollectra/SemiRestore11 one of two ways: 1) installing via Cydia, or 2) installing via side-loading. The former method is the most convenient and serves as an excellent option for those experiencing no trouble with their jailbreak. The latter option is considered a ‘jailed’ install and works best for those who are unable to get back into a jailbroken state.

If you want to get it from Cydia, then you’ll need to add the Chariz/HASHBANG Productions repository to your list of Cydia sources. That repository URL is as follows:

Alternatively, you can use any of the following download links to obtain and install the ‘jailed’ version of Rollectra/SemiRestore11:

It shouldn’t matter which version you install, as they’re merely different means of achieving the same result.

We’ve had some questions about why someone would want to use Rollectra/SemiRestore11, and it really comes down to the following scenarios:

Keep in mind that Rollectra/SemiRestore11 version 1.1.2-1 does not yet support iOS 11.2.x. Pwn20wnd is working on adding support in the future, so stay tuned, and we’ll update everyone when the time comes.

Have you tried the Rollectra/SemiRestore11 update yet? Let us know in the comments below.