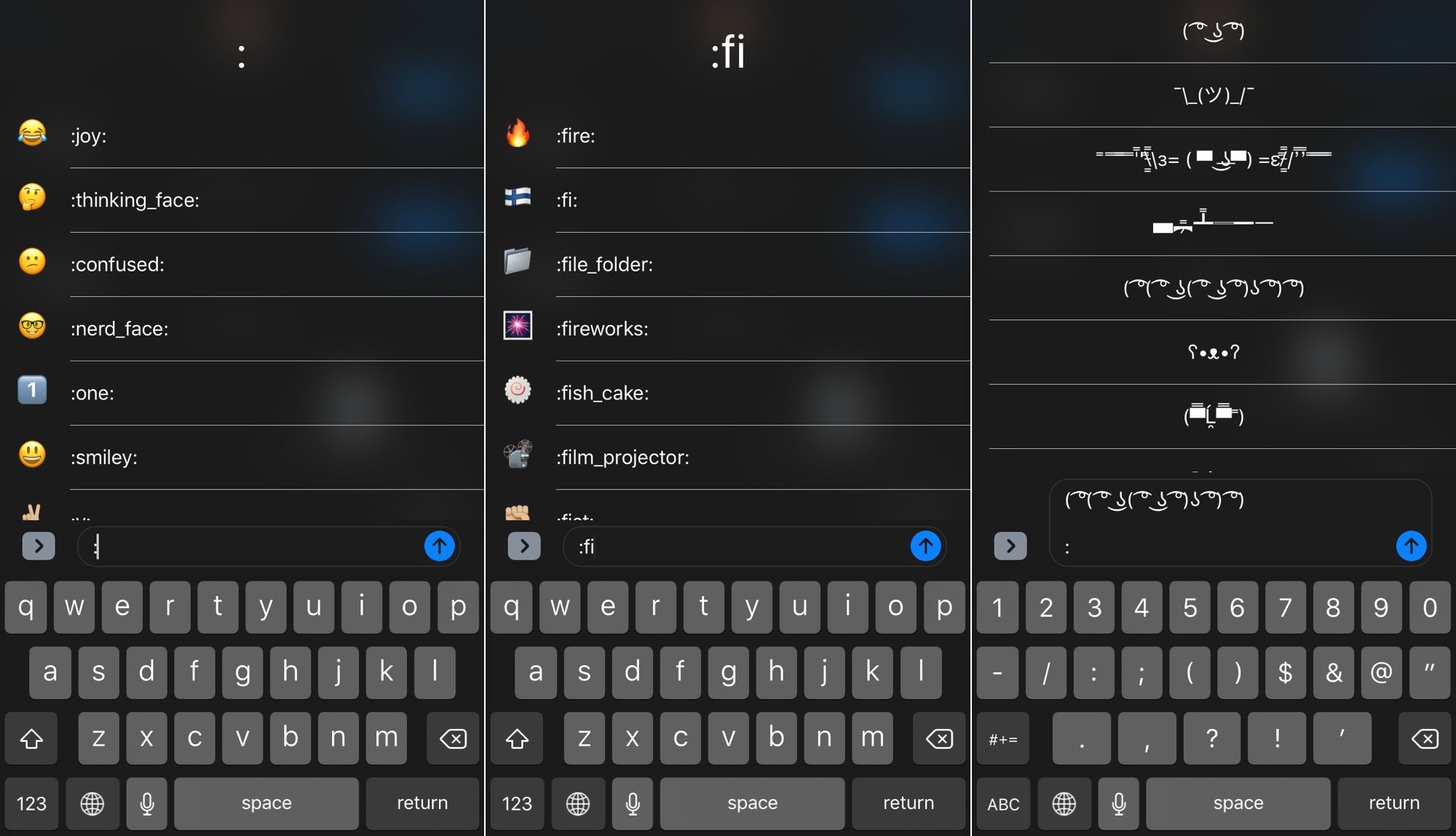 A variety of popular third-party messaging apps, including Discord and Slack, let you enter Emojis by typing a colon followed by a specific shortcode. Apple doesn’t provide users with a comparable feature throughout the rest of iOS, but wouldn’t it be nice if they did?

If you answered “yes” to the question above, then you might be happy to learn about a new jailbreak tweak dubbed TextEmojis by iOS developer Andreas Henriksson. Once installed, you’ll be able to input Emojis and other quirky text faces by typing pre-configured text shortcuts.

In the screenshots above, you can see how the tweak works. For instance, typing :fire: into a text field displays a list containing the flame Emoji along with other related options.

Additionally, TextEmojis supports more than 140 text-based faces. To access them, just enter a colon into an available text field and swipe to the right to see your options.

Right after you install TextEmojis and activate your license, it’s ready to use. Nevertheless, you can visit the tweak’s preference pane in the Settings app if you feel like customizing any of the pre-defined Emoji shortcuts or blacklisting apps that you don’t want to use the tweak in: 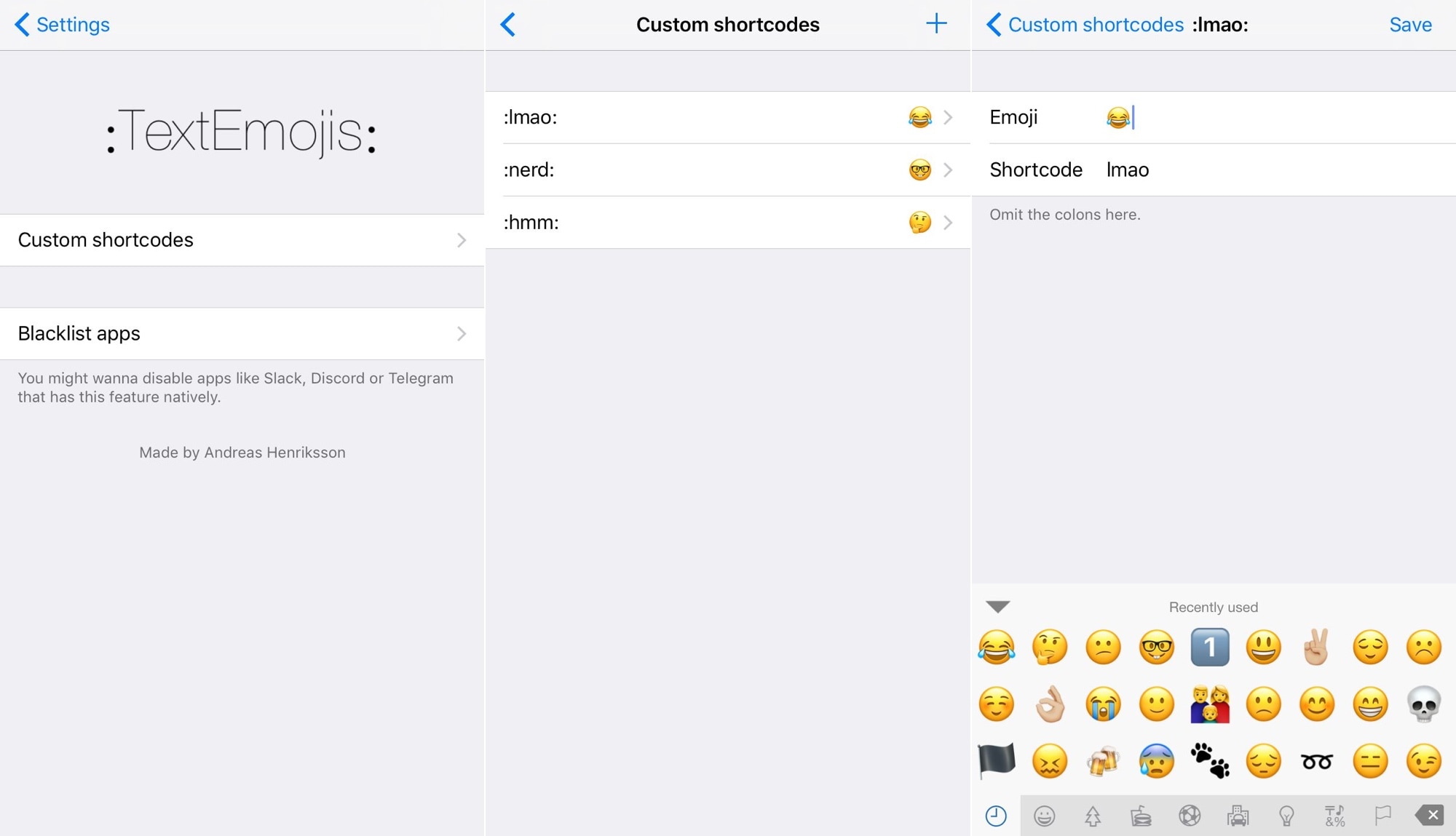 TextEmojis is fundamentally a text-replacement tweak with an attractive user interface, but it can be more convenient than scrolling through the Emoji keyboard or relying on Apple’s flaky Predictive keyboard to get the same job done.

TextEmojis is intended to work with Emojis and text-based faces, but the developer says that you can also use it for additional things, such as inputting email addresses and web page links.

Depending on the amount of texting you do and whether Emojis and/or text-based faces play a role in these activities, TextEmojis could make a great addition to your handset. The tweak is available as a $2.00 download from Cydia’s Packix repository and works on jailbroken iOS 7-11 devices.

If you’re on the fence about paying $2.00 for the tweak, then you could try the ad-supported TextEmojis Free tweak instead, which is available for free from Cydia’s Packix repository.

What are your thoughts about TextEmojis? Let us know in the comments section below.