Apollo is one of the most robust third-party Reddit clients ever conceived for iOS. That said, wouldn’t it be nice if every Reddit link you tapped on launched the Apollo app?

Upon installing ApolloOpener, you can tap on virtually any Reddit link throughout iOS, whether it’s from Safari, an incoming iMessage, or your favorite social media platform, and it will launch from the Apollo Reddit client.

ApolloOpener doesn’t come with any robust options to configure, but you can navigate to Settings → Opener to toggle the tweak on or off at any time: 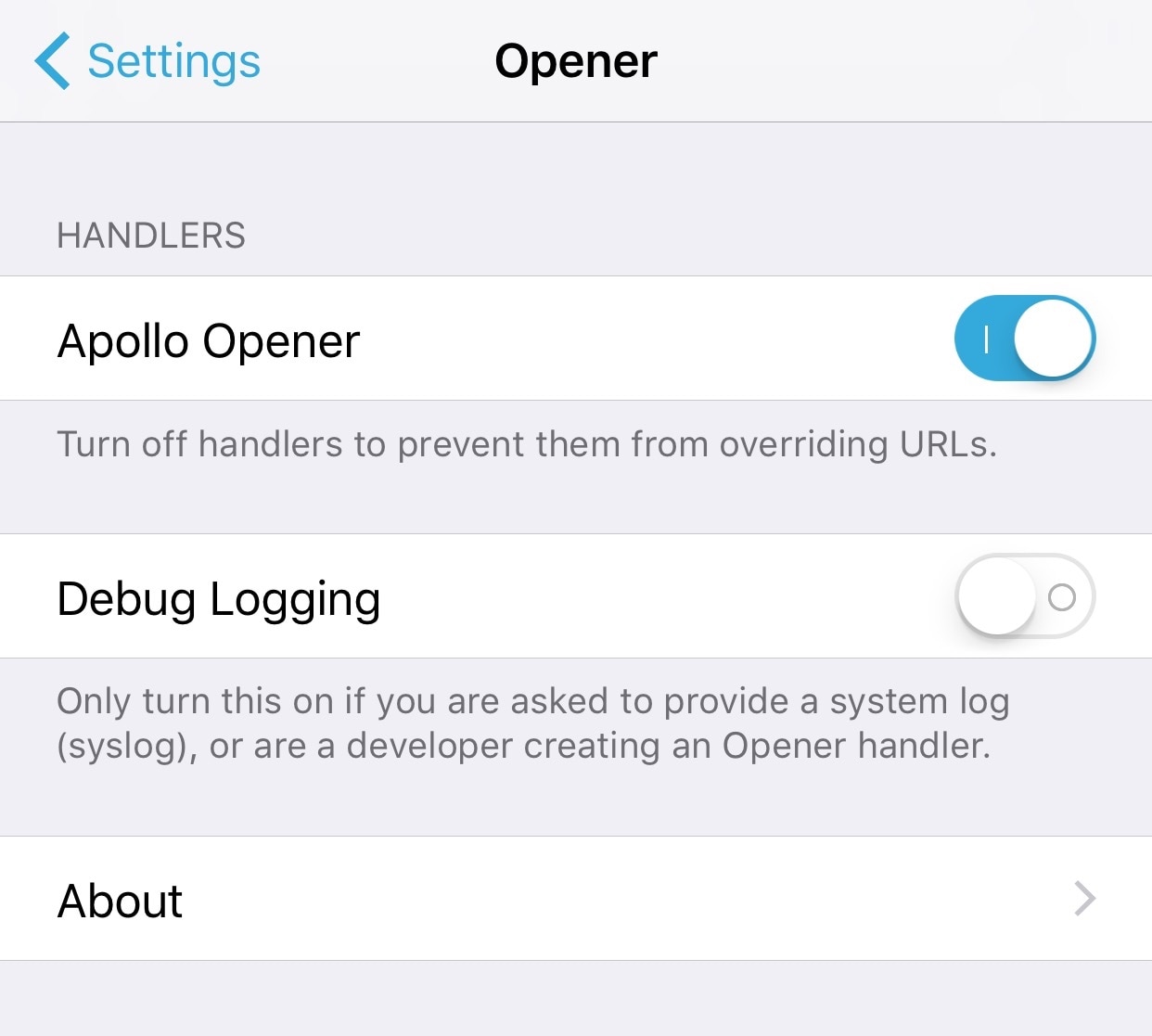 Given that I love Apollo so much, it’s easy for me to say that I’ve been waiting for a tweak of this nature for a long time. Of course, your mileage may vary depending on what your favorite Reddit client for iOS might be.

If you’re interested in trying ApolloOpener out for yourself, then you can download it for free from Cydia’s Packix repository. ApolloOpener works on jailbroken iOS 10 and 11 devices and also requires that you have the free Apollo app installed from the App Store.

As a side note, you can also view ApolloOpener’s source code on the developer’s GitHub repository to see what makes the tweak tick.

Will you be installing ApolloOpener on your jailbroken handset? Share why or why not in the comments section below.