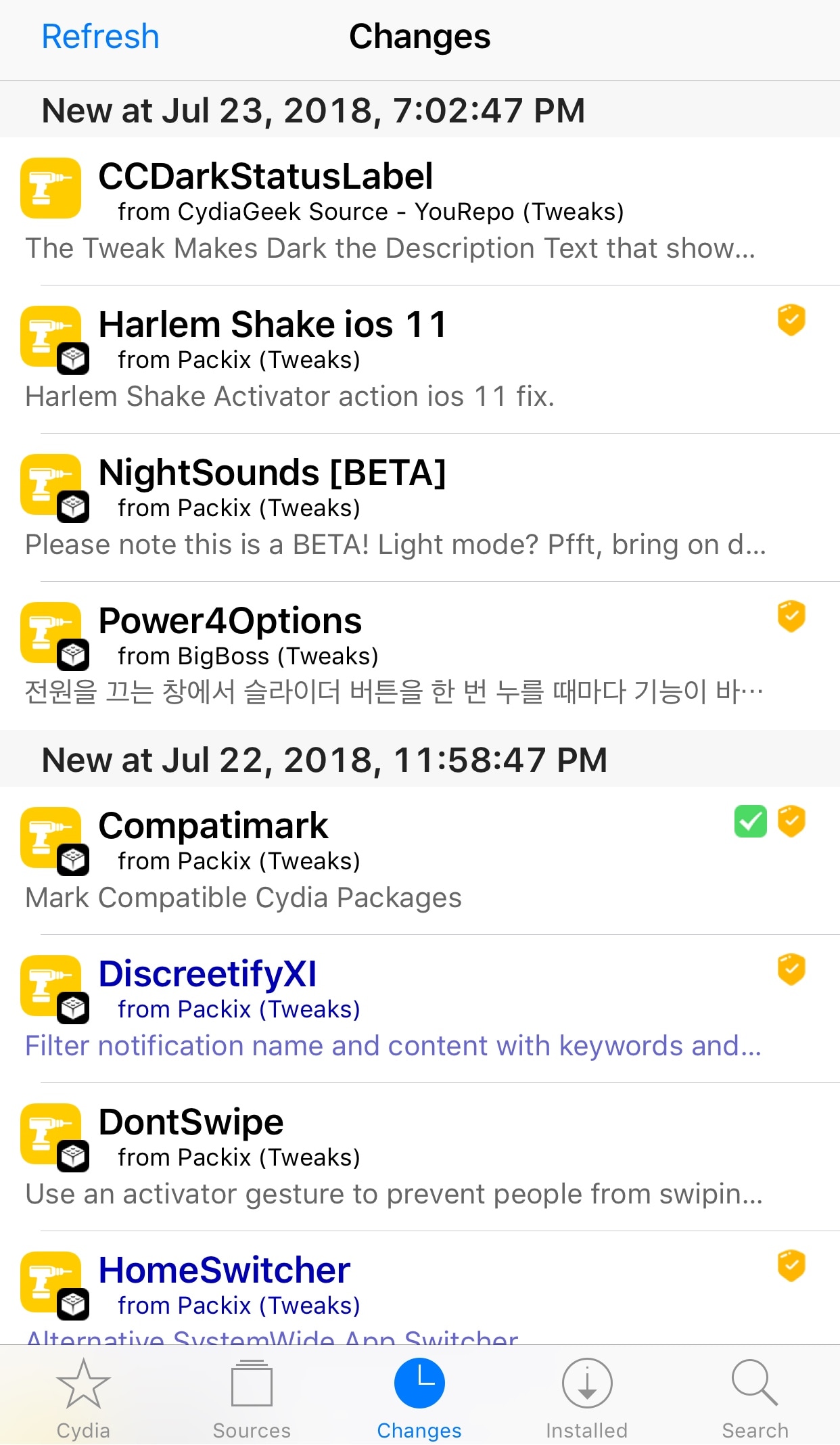 While a clear majority of jailbreak tweak developers are working on iOS 11-compatible projects, some are still developing for iOS 10 or even iOS 9.

Given the diverse iOS support in Cydia, it can be confusing to discern which tweaks will work on your device. Fortunately, a new free jailbreak tweak called Compatimark by iOS developer CP Digital Darkroom attempts to make this process easier on the user.

After you install Compatimark, you’ll start to notice blue and/or gold shield icons next to some packages that appear in Cydia’s Changes tab, as shown above. Packages marked with one of these icons indicate that it should work on your firmware version, while those that aren’t marked are either incompatible or unknown.

Citing the developer, Compatimark is built with the Packix repository in mind, but it also works with some packages in the BigBoss repository. Unfortunately, developers submitting to BigBoss and third-party repositories will need to take a few additional steps for their tweaks to be recognized by Compatimark, and not every developer may take the time to do so.

Notably, these icons only appear in the Changes tab and not when conducting tweak searches, so it’s really only useful if you’re checking Cydia for new tweak releases.

After trying Compatimark out for myself, I feel it’s handy to check package compatibility with just a glance. This lets me skip loading each tweak’s individual description to read about supported firmware versions, and I can make a faster decision to download if necessary.

If you agree and would like to try Compatimark out for yourself, then you can download it for free from Cydia’s Packix repository. The tweak works with all jailbroken iOS 8, 9, 10, and 11 devices and doesn’t have any options to configure.