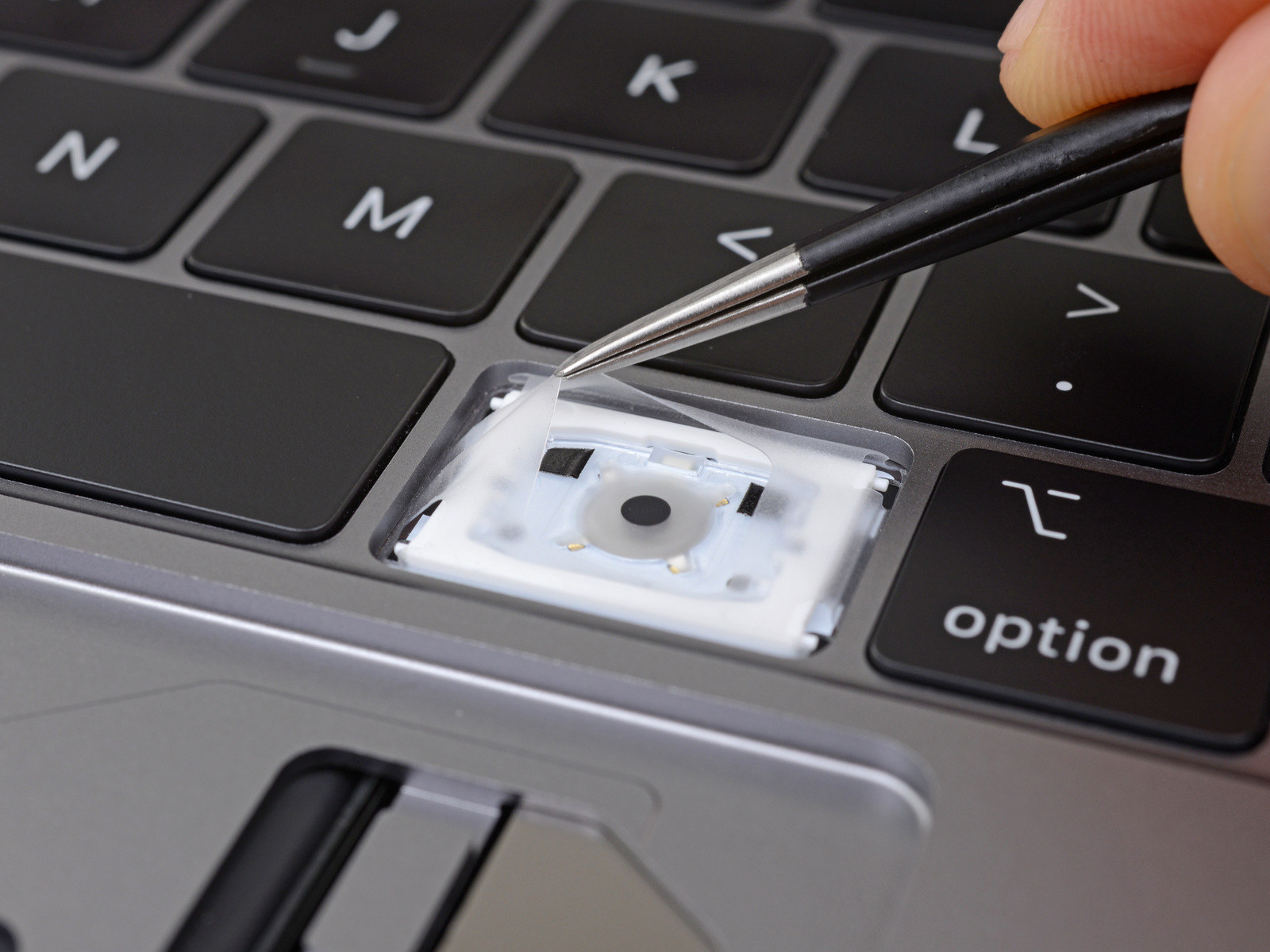 Adding a thin layer of silicone membrane around each pad on the 2018 MacBook Pro keyboard doesn’t completely protect it from dust and other particles. Newly released results from a series of tests by iFixit show that particles can still get in and cause a keypad on the device to malfunction.

As noted in the report, iFixit first used a fine-powdered paint additive and found the membrane pushed the dust to the edges, thereby keeping the mechanism clear. As more particles are added, however, iFixit found that eventual some dusk do slip in between the membrane and the keycap covering the hole. 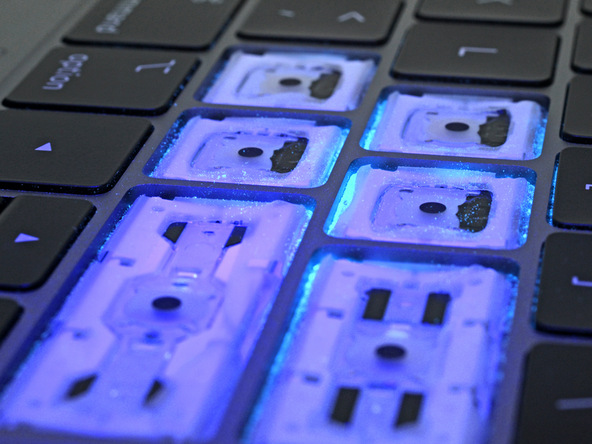 The initial test using a fine-powdered paint additive found the membrane pushed the dust to the edges, keeping the mechanism clear. Adding more dirt and typing aggressively does eventually allow the dust to slip in between the membrane and the keycap covering the hole where the keycap clips pass through the silicone layer. A later test using sand saw enough of a bypass to cause some keys to stop operating.

A few poorly placed particles bring the mighty butterfly down to earth, never to click again.

iFixit also had more to say on whether the keyboard is “quieter” than the one found on previous MacBook Pro models like Apple claims. Through the use of high-tech equipment, it determined the third-generation keyboard is slightly “less clacky on the high-frequency end–which is admittedly kinda weak.

But hear me out—if Apple is advertising a quieter keyboard (without providing detail on how much quieter), shouldn’t the difference be immediately apparent to a first-time user? Why should we need high-grade equipment to prove what should be obvious to the ears?

The findings of this latest iFixit test on the 2018 MacBook Pro arrive on the same day Mac Generations found an internal Apple document that said the new thin layer of silicone under each key wasn’t put there to make the keyboard “quieter,” as Apple has publicly stated. Instead, it’s to solve reliability problems present on previous generations.

We’ll continue to follow this story, and perhaps we’ll hear more from Apple soon on this increasingly confusing issue.

In the meantime, you should check out the early MacBook Pro reviews, find out where the laptop’s all-new True Tone sensor is located, and more.