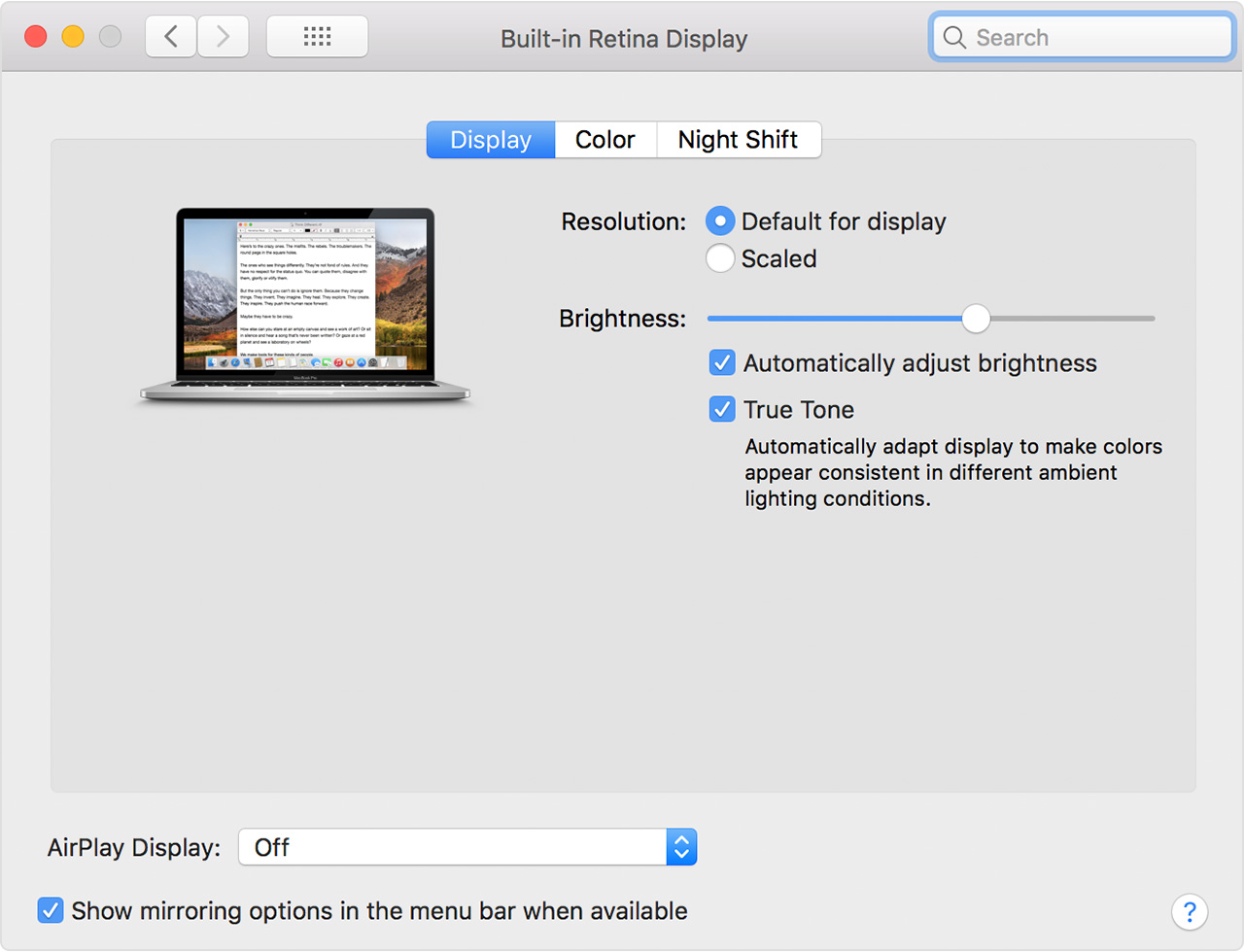 Apple’s True Tone technology debuted in 2016’s 9.7-inch iPad Pro before it got subsequently added to the latest iPhones and pro notebooks. True Tone on 2018’s MacBook Pros takes advantage of a multi-channel ambient light sensor found next to the built-in FaceTime camera.

The True Tone feature on the refreshed MacBook Pro models for 2018 also relies relies on the built-in display lid being open in clamshell mode, but more on that a bit later.

As a reminder, True Tone uses one or more ambient light sensors that continually assess brightness and color temperature. Those measurements are fed to the operating system, which dynamically adjust the white balance of the display to match the light around you.

As a result, the color of your MacBook Pro’s screen always matches the color temperature of the surrounding light, especially the ambient lighting in a room, helping reduce eyestrain.

MacRumors has been able to confirm with Apple that the new MacBook Pro’s multi-channel ambient light sensor is located next to the built-in FaceTime HD camera.

“Apple added that True Tone does not use the FaceTime HD camera for its operation,” says the publication. However, the display lid should remain open to enable True Tone functionality when your notebook is hooked up to an external display in clamshell mode.

The ambient light sensor in the previous MacBook Pros can only measure brightness, not color temperature, so don’t count on True Tone coming to the older notebooks by way of a simple software update. Apple’s support document acknowledges that True Tone on the refreshed notebook works with LG’s UltraFine 4K and UltraFine 5K displays, as well as with its own Thunderbolt Display using Apple’s Thunderbolt 3 to Thunderbolt 2 adapter.