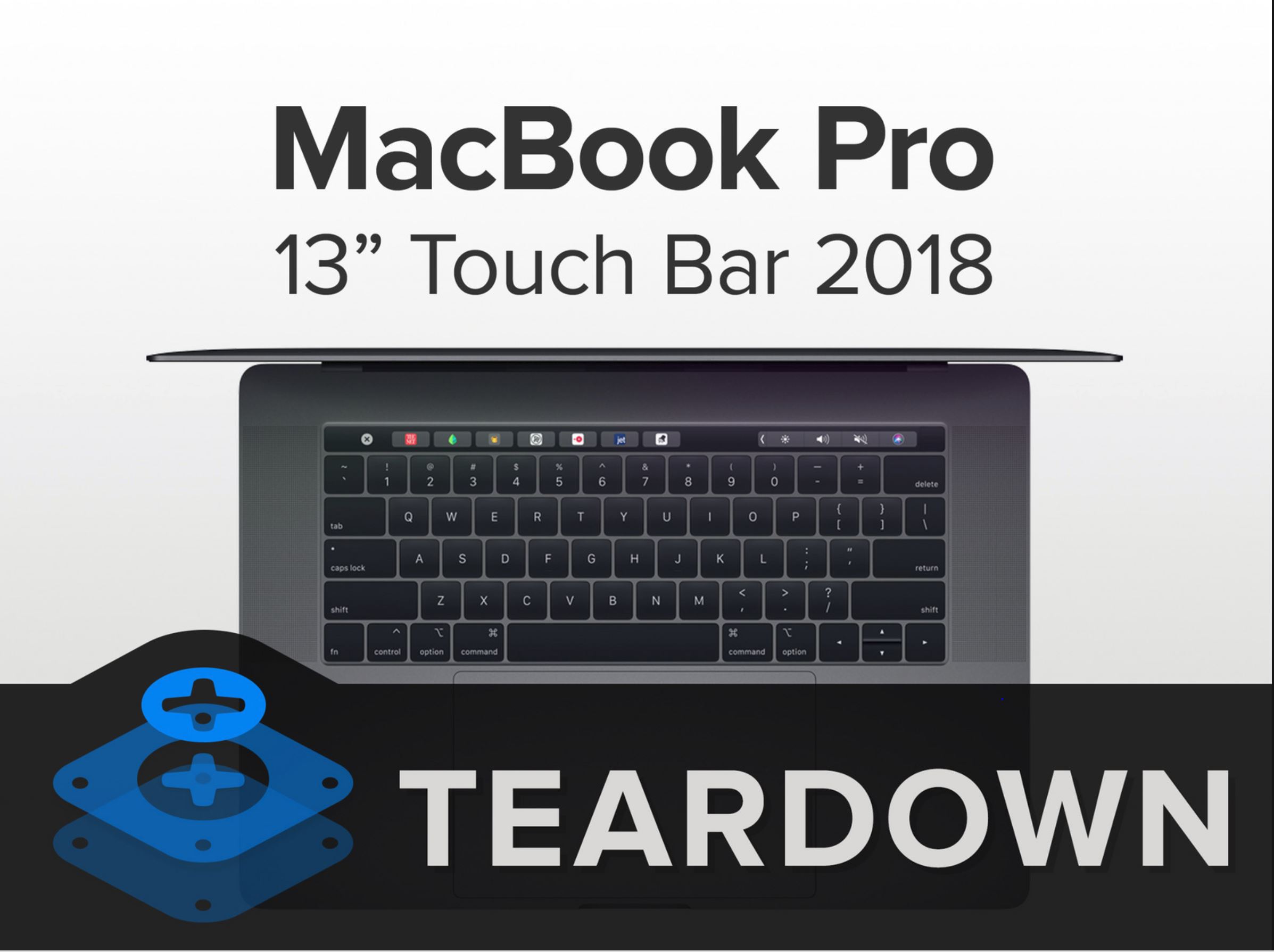 After teasing it over the weekend, iFixit is out with the results of its full teardown of the recently introduced 2018 MacBook Pro. The new laptop is noted for its larger battery, all-new custom T2 chip, and more.

The iFixit teardown on the 13-inch 2018 MacBook Pro with Touchbar uncovered a few secrets including:

Of the new battery, iFixit explains:

At 58.0 Wh, this battery has gotten a significant boost over the 49.2 Wh unit we found in our original 13″ Touch Bar teardown. Turns out that extra ‘oomph’ comes from a slightly bigger battery—arrayed into six cells this time, instead of five. It’s also heavier, weighing in at in at 232.7 g, versus the old battery’s 196.7 g.

And yet this MacBook Pro’s total weight hasn’t changed one iota. We’re not sure which parts of this device have been on a diet, but it does look like Apple shaved some mass off the top case.

On Saturday, iFixit first reported that the keys on the new third-generation “butterfly switch” keyboard on the 2018 MacBook Pro were surrounded by a “thin, silicone barrier.” In today’s full teardown, iFixit says Apple’s claims that the keyboard was “quieter” were off the mark.

They explained: “the added quietness seems a bit underwhelming to our ears.”

With a rating of just one out of 10 in terms of repairability, iFixit said the laptop’s“lone piece of happy repair news” is the device’s trackpad.

The 2018 MacBook Pro is the first Mac product to receive an update this year. That could change soon, however.

Last week, respected Apple analyst Ming-Chi Kuo said the company was prepping updated versions of the Mac mini, MacBook, and iMac. Those updates should arrive this fall, along with all-new iOS devices and fourth-generation Apple Watch.

You can see the entire iFixit teardown by following this link.