The folks over at iFixit have determined that the keys found on the recently released 2018 MacBook Pro are surrounded by a “thin, silicone barrier.” This discovery suggests Apple’s third-generation “butterfly switch” keyboard wasn’t necessarily designed to be “quieter,” like Apple has claimed. Instead, it could have been designed to make it less prone to exposure to dust and other small particles.

Calling the silicone barrier an “ingress-proofing measure,” iFixit notes this likely ties back to an Apple patent published in March for a “guard structure.” Still, the site stresses it can’t “definitively prove it’s a reliability fix,” at least not yet.

With regards to whether the keyboard is quieter than previous models, iFixit says the newly placed membrane is  “Not—to our eyes—a silencing measure.”

Nonetheless, “the advertised boost in quietude is a side-effect of this rubbery membrane. The quiet angle is, quite literally, a cover up.” 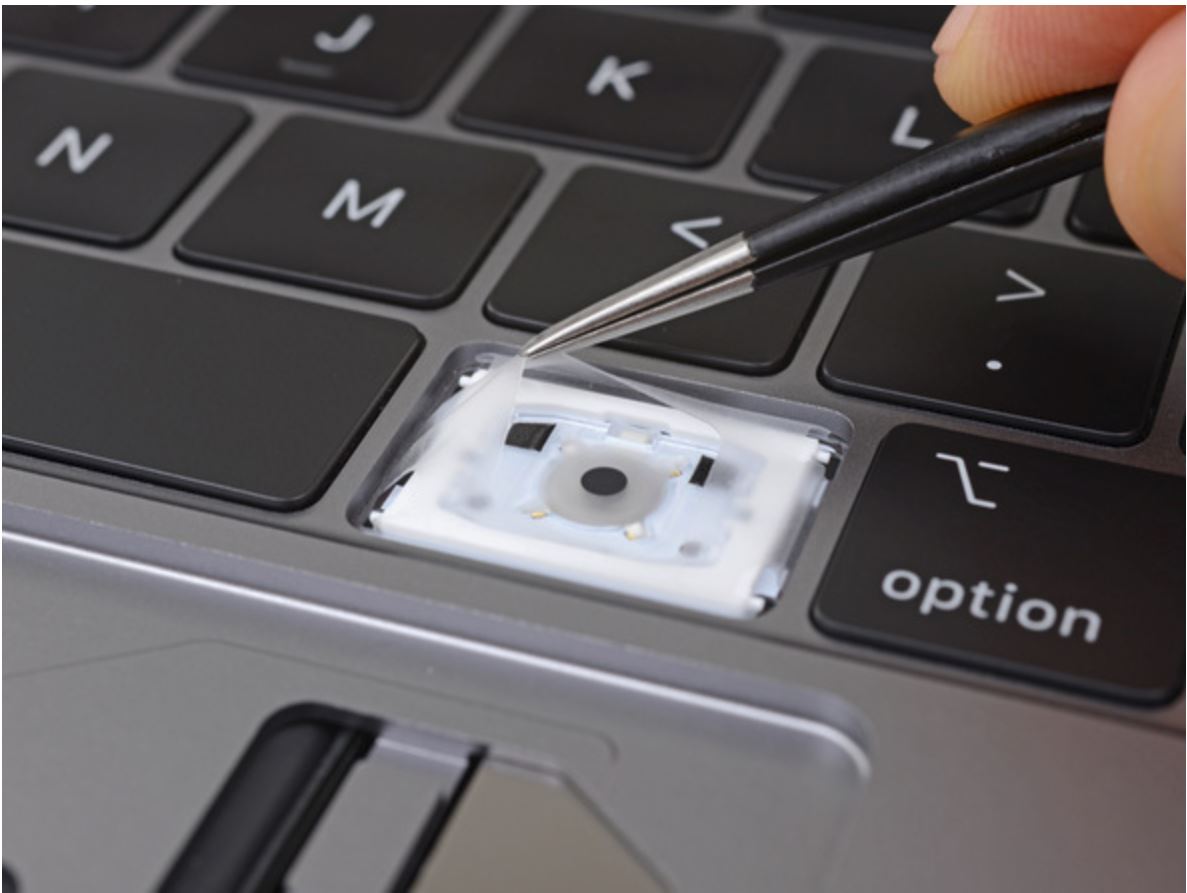 Last month, Apple implemented a keyboard service program for its MacBook and MacBook Pro lineup. In announcing the program, Cupertino said that it had determined that a small percentage of “butterfly switch” keyboards within the two lines may become faulty and would need to be replaced. This followed the highly publicized formation of a class action lawsuit earlier in the year over this same issue.

iFixit plans on putting the third-generation keyboard through “dust-proofing paces” in the coming days. Once it does, we’ll probably have a better idea of whether the silicone membrane does offer better protection than previous models, despite what Apple has been saying publicly.

The bottom line. iFixit, like many others, doesn’t believe Apple will ever come out and admit, “Hey, we fixed it!” regardless of what further tests prove due to the lawsuit. Still, at least at this point, it does look like Apple might have done just that.

With the most expensive MacBook Pro this year priced at just below $7,000, that’s nice to know, no?

Besides a “quieter” keyboard, the latest MacBook Pro comes with up to a six-core processor, 32GB of RAM, and a True Tone display. There’s also an all-new leather sleeve for both the 13- and 15-inch models.

Are you planning on buying a new MacBook Pro? Let us know your thoughts below.