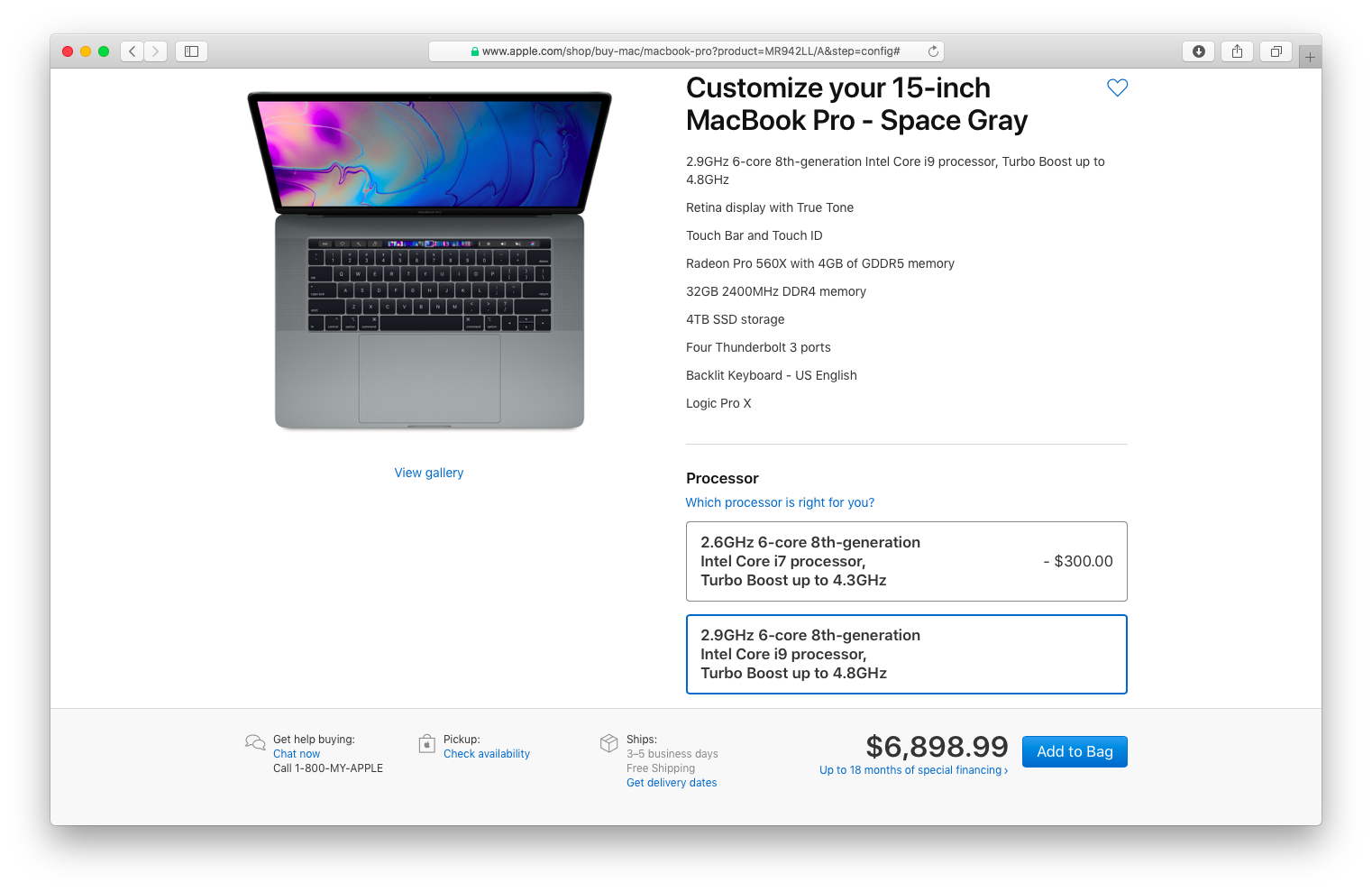 The refreshed MacBook Pros sound like the notebooks Apple should’ve created in the first place so I went ahead to maxed out the flagship 2018 MacBook Pro model on the web store.

What I’ve eventually ended up with is a $6,669 notebook, which is the same price as the fully-loaded Mac Pro configuration and significantly less than the maxed-out 2017 iMac Pro all-in-one at an eye-watering $13,348.

Here are the three basic upgrades I chose:

This is $2,400 more than the maxed-out 2017 MacBook Pro, but that’s because Apple now offers more powerful upgrade options which cost more, like 32GB RAM or 4GB SSD.

Another way to look at it: that kind of money could buy you an aging Mac Pro configured with a 2.7GHz 12-core processor, 64GB of RAM and 1TB SSD, which isn’t saying you should buy a Mac Pro instead because Apple’s pro desktop is undergoing some serious rethinking with a drastically redesigned modular Mac Pro due sometime next year.

By the way, had I also picked other suggested upgrades for my MacBook Pro—like Final Cut Pro X ($299), Logic Pro X ($199) and that wonderful but pricey leather sleeve from Apple—I’d have ended up with a $7,098 bill.

We don’t mean this to be a rant about overpriced Apple hardware because prices is what you pay for. Apple uses only top-notch components in its machines and the MacBook Pro series is not a notebook for people who just want to surf the web, check their email, use social media and play light games.