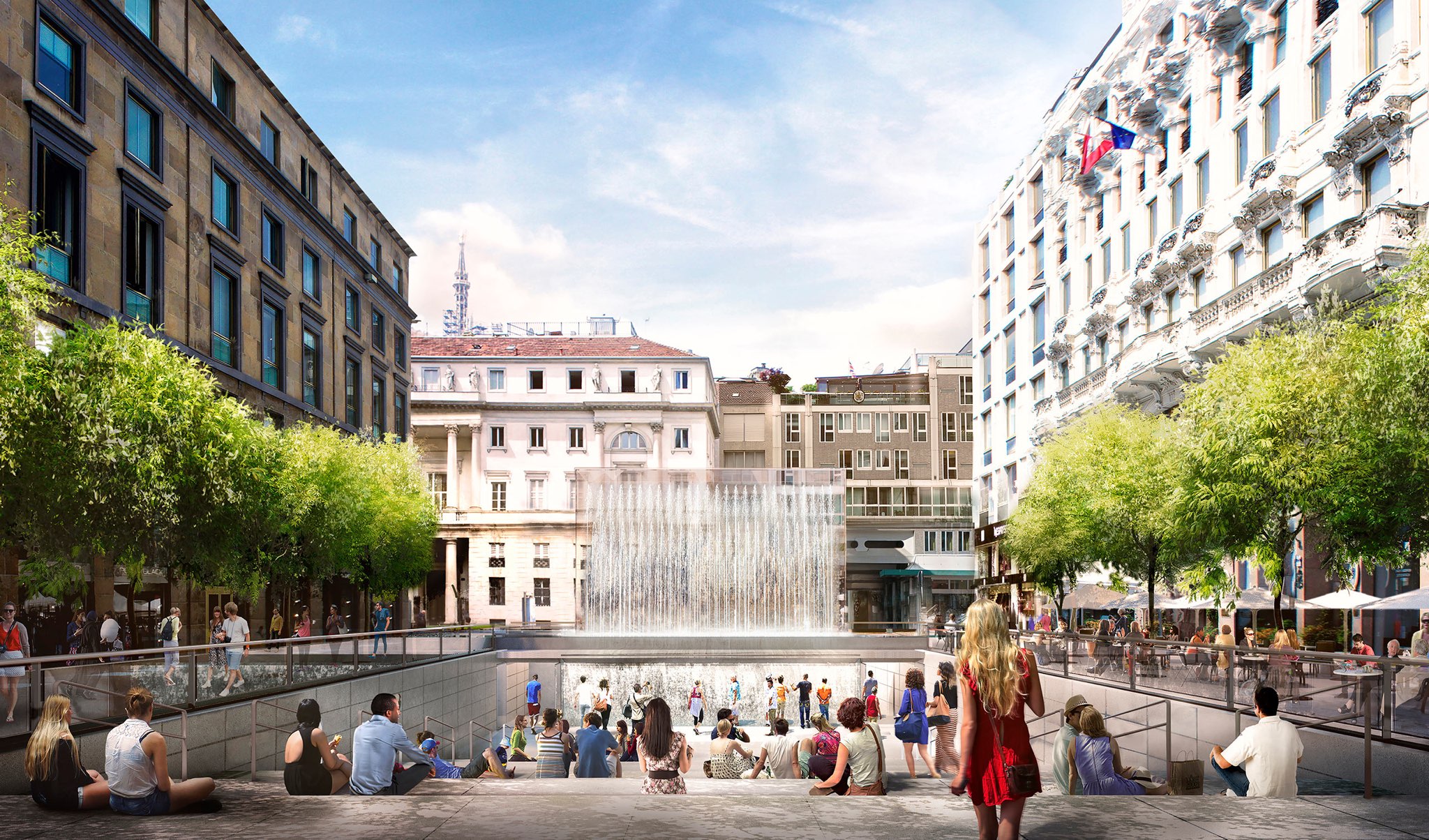 Apple has scheduled grand opening of its awesome new store at Piazza del Liberty in Milan, Italy on next Thursday, July 26. Among other things, the upcoming brick-and-mortar retail outlet features a waterfall entrance and Apple’s next-generation store design.

This will mark Apple’s third retail store in the city of Milan.

Created in partnership with architecture firm Foster and Partners known for its work on the breathtaking Apple Park headquarters, the upcoming location was designed to be an open space for all to “have a break, be with friends and discover new interests.”

The store has a sales floor beneath a cozy outdoor amphitheater, accessible by walking down the staircase situated between the middle of a pair of waterfalls that form part of a larger fountain (a tribute to the famous Italian squares that connect the city with its residents).

There’s an elevator available, too. 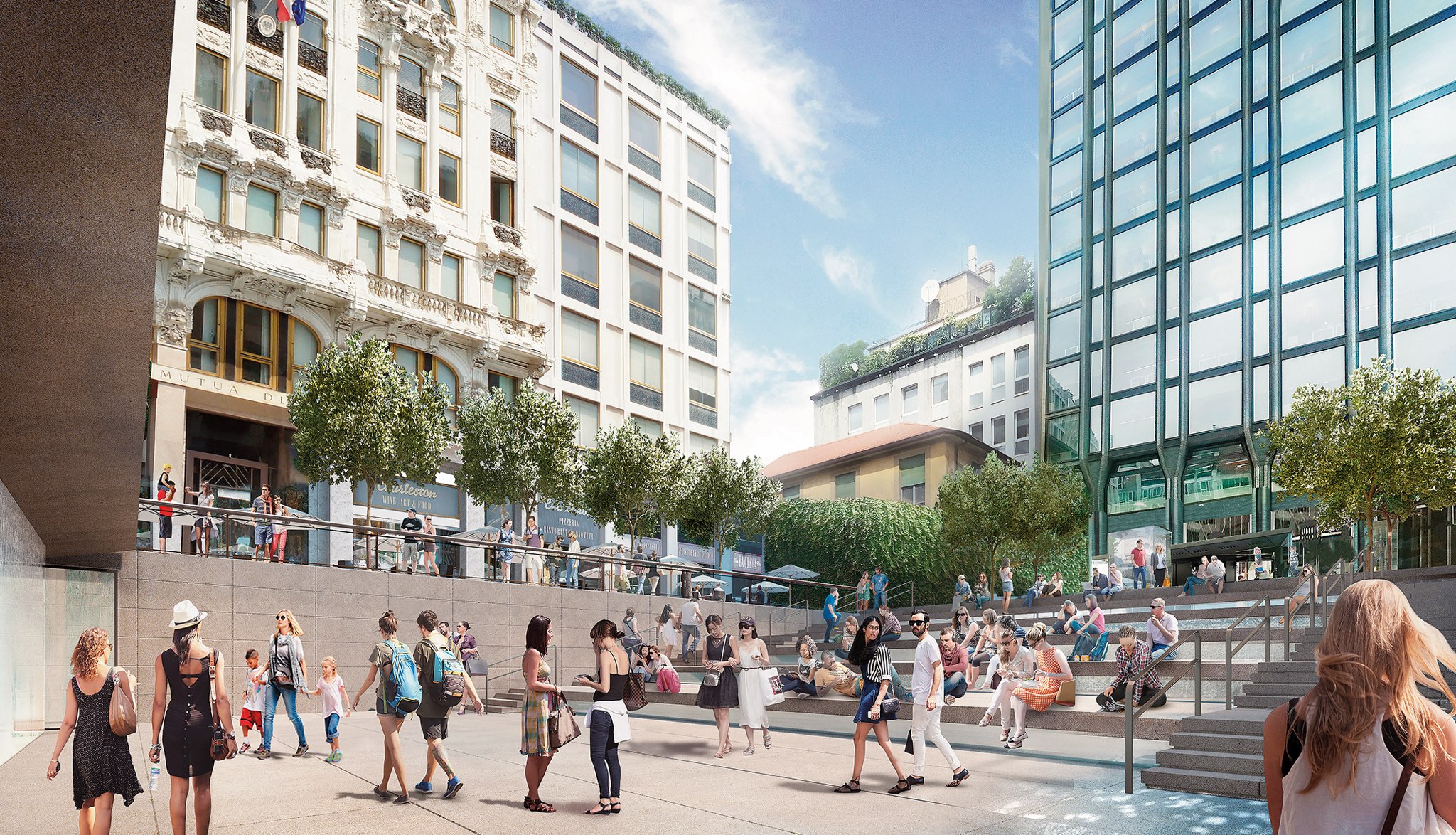 To celebrate the new store’s debut, Apple’s put together a nice webpage highlighting a collection of drawings, photographs and pieces of art created by cherry-picked artists and designers from all over Italy who’ve tried to capture a snapshot of the city’s creative energy.

“We are incredibly happy to be in the center of Milan, a city that for centuries has combined creativity and innovation,” reads machine-translated text. The new store will host Today at Apple sessions which customers can start signing up for beginning July 20. 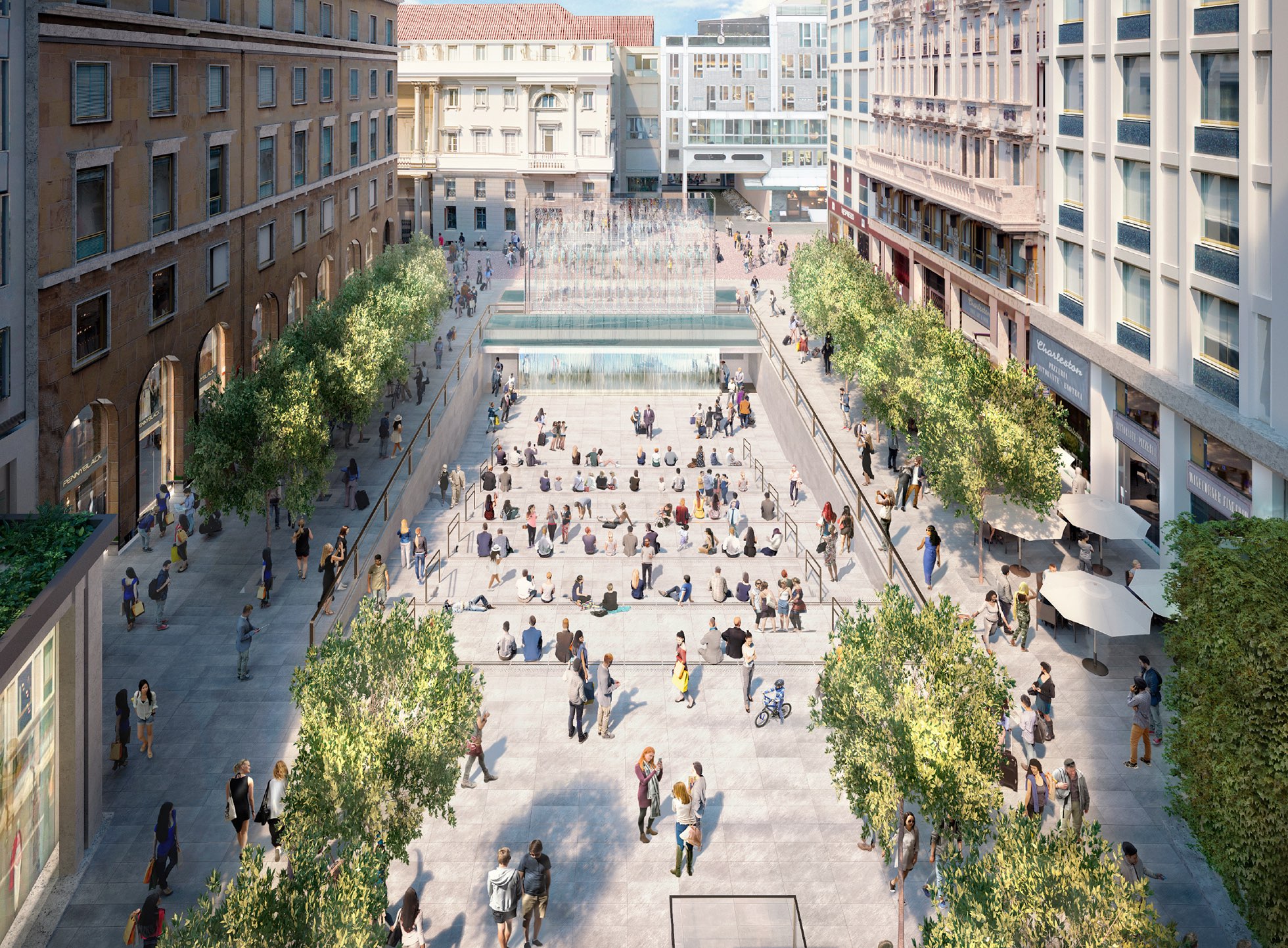 The iPhone maker will hold other store openings this month as well.

For instance, July 28 will see grand opening of Apple’s new flagship store at the former site of a California Pizza Kitchen in the Broadway Plaza outdoor shopping mall.