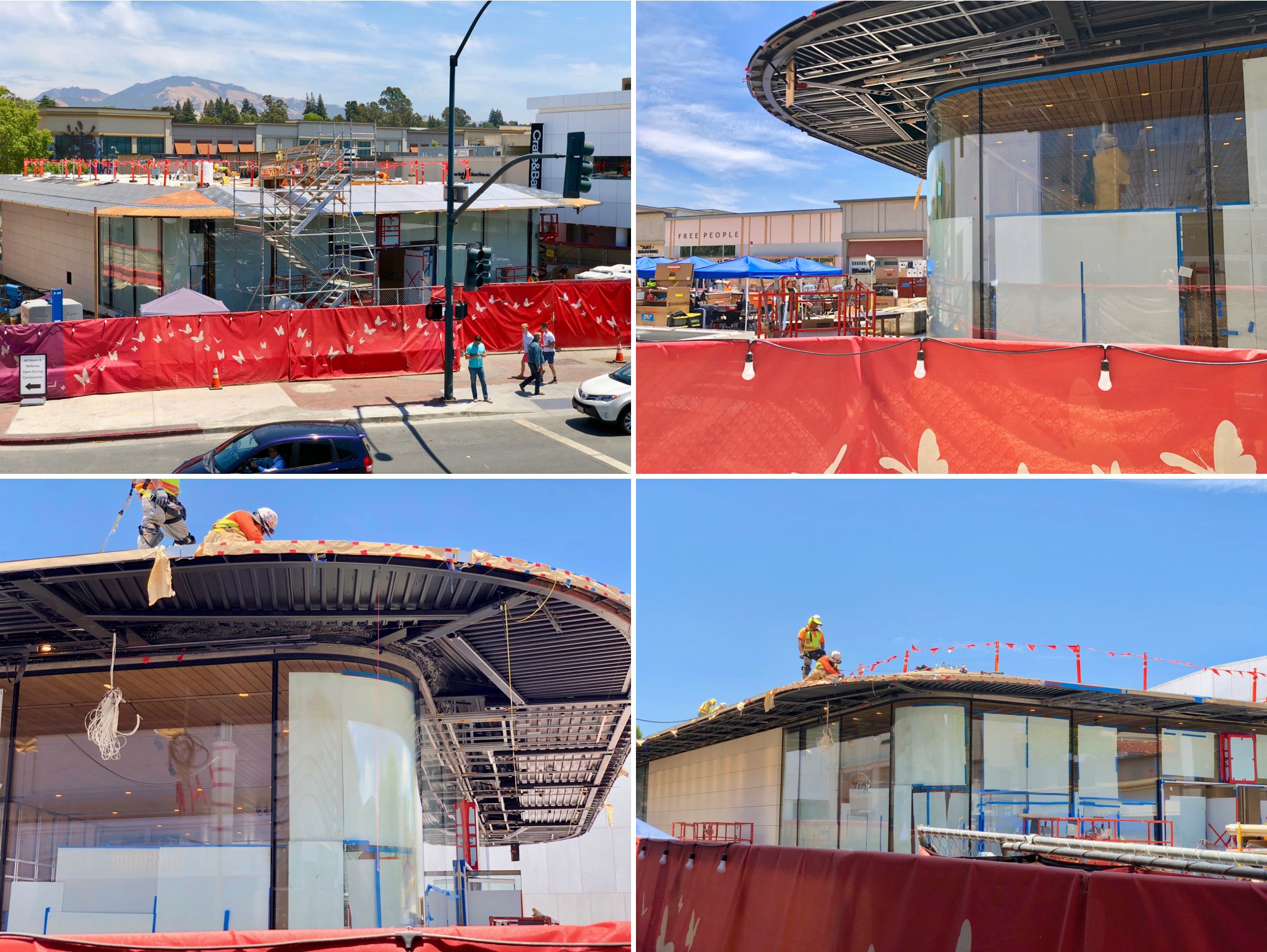 Apple has scheduled grand opening of their new store at the heart of the bustling Broadway Plaza outdoor shopping mall in Walnut Creek, California, on Saturday, July 28 at 10am.

The forthcoming store has adopted some elements of Apple’s next-generation retail design.

It has a gathering space opening to a large outdoor plaza area lined by trees and features wood-planked ceilings and floor-to-ceiling windows. However, the outgoing space houses no massive video wall or modern merchandise displays found in other flagship stores. Grand opening schedule is based on an upcoming image at the Apple Retail website, via 9to5mac.

The iPhone maker has secured the former site of a California Pizza Kitchen for the new store.

Way larger that the previous retail outlet, it’s located a short walk down the road in the same space the old store has occupied since first opening in 2003. Just recently, Apple relocated its aging store in Seattle’s University Village to a more modern space nearby.

Images of the new Walnut Creek store via Michael Steeber