Since it was first announced on Monday, June 4, iOS 12 has been making the rounds as a first developer beta. If the past is any guide, Apple will release many more pre-release versions of the iPhone and iPad software update before giving it to the public. Whether you’re waiting for the next developer beta or first public beta of iOS 12, here are some ideas on when these versions will be released.

In four of the past five years, the second iOS beta for software announced at the Worldwide Developer Conference (WWDC) in June was released 14 or 15 days after the first. In 2016, it took Apple 22 days to release iOS 10 beta 2. 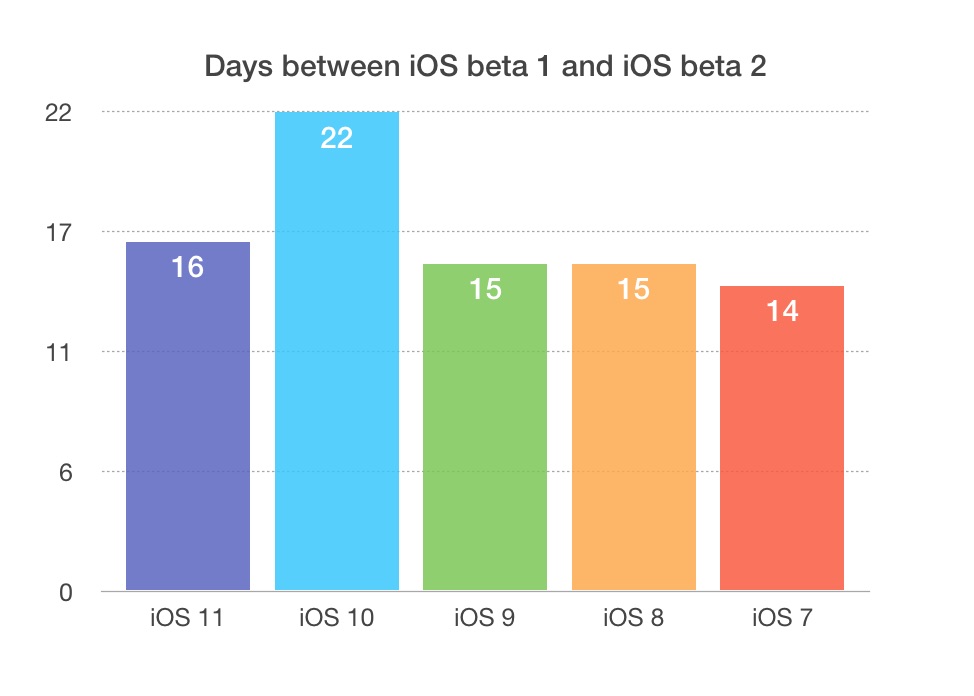 Most likely, iOS 12 beta 2 will be released to developers next week, either on Monday, June 18 or Tuesday, June 19. Updated beta versions of tvOS 12 and watchOS 5 should soon follow.

In 2014, Apple introduced a public beta program for OS X Yosemite. One year later, it extended the program to include new iOS releases. For 2018, the program will allow non-developers to download and install early versions of iOS 12, macOS Mojave, and tvOS 12.

The first iOS 12 public beta should launch soon after the release of iOS 12 beta 2 or iOS 12 beta 3. In other words, very soon. Most likely, it will arrive before the end of June.

Public betas are just that, betas. This means you should expect the occasional bug. Ideally, you should think twice before putting a beta release on your everyday iPhone or iPad.

The fact that Apple offers a public beta program for iOS, however, suggests the company is reasonably sure the release is stable. Besides, Tim Cook and company doesn’t want to see thousands of non-developers out there complaining about bricked $1,000 iPhones.

As Apple explains in the program’s FAQ:

The Apple Beta Software Program lets users try out pre-release software. The feedback you provide on quality and usability helps us identify issues, fix them, and make Apple software even better. Please note that since the public beta software has not yet been commercially released by Apple, it may contain errors or inaccuracies and may not function as well as commercially released software. Be sure to back up your iOS device with iTunes and your Mac using Time Machine before installing beta software. Since Apple TV purchases and data are stored in the cloud, there’s no need to back up your Apple TV. Install the beta software only on non-production devices that are not business critical. We strongly recommend installing on a secondary system or device, or on a secondary partition on your Mac.

With all this in mind, if you’re hesitant about downloading pre-release software, don’t. It won’t be that long before iOS 12 is released to everyone.

The first public versions of iOS 12, macOS Mojave, tvOS 12, and watchOS 5 are almost certainly going to arrive in September or October. For iOS 12, you can expect it to launch just before Apple’s 2018 iPhone lineup arrives. Easy money says you should expect the updates in mid-September.