Apple on Thursday launched public betas for iOS 9 and OS X El Capitan. Apple has been releasing developer betas of the software since WWDC in June, and this afternoon it added the updates to its public beta testing program.

Folks interested in trying out the betas can sign up via Apple’s Beta Software Program portal. Once you’re signed up, you’ll be asked to register your devices and install beta configuration profiles, and then you can download the betas. 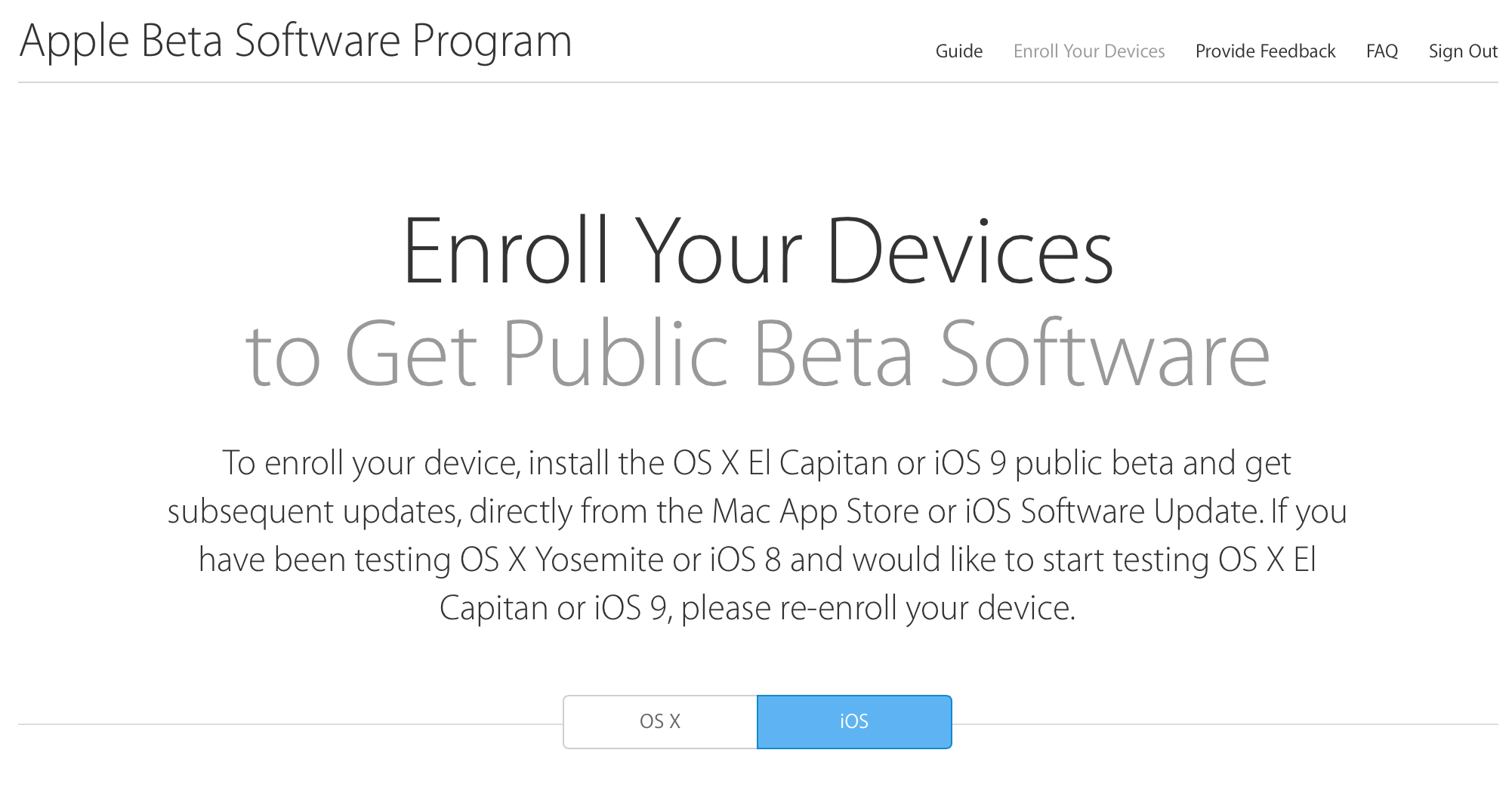 As usual, we don’t recommend installing beta software on your daily drivers (main Mac and iPhone), as it’s typically unstable and can cause conflicts with other software. If you are going to install them, make sure you backup your devices.

Introduced last month, iOS 9 and OS X El Capitan are the next major updates for Apple’s Mac and iOS platforms. Both include a handful of new features, but for the most part focus on improving device performance and reliability.

It would appear today’s public betas are essentially identical to yesterday’s iOS 9 and El Capitan beta 3 releases, but we’ll let you know if we find anything new. Apple is expected to rollout final versions of the software sometime this fall.