Ian Beer’s newly-released tfp0 exploit for iOS 11.3.1 ignited a lot of hope for a corresponding jailbreak tool, and it shouldn’t be long before jailbreak tool developers like CoolStar are able to deliver a functional product to the public masses.

But Beer hasn’t stopped there; the renowned security researcher shared a new proof-of-concept VFS exploit dubbed ‘empty_list’ on Twitter this Wednesday that seems to be facilitating innovative works in the jailbreak community.

Just after Beer shared his empty_list exploit, developer Abraham Masri (@cheesecakeufo) came forward with Houdini beta 3r1, which provides a semi-jailbreak experience on iOS 11.3.1 devices without the need for a paid developer account through Apple. 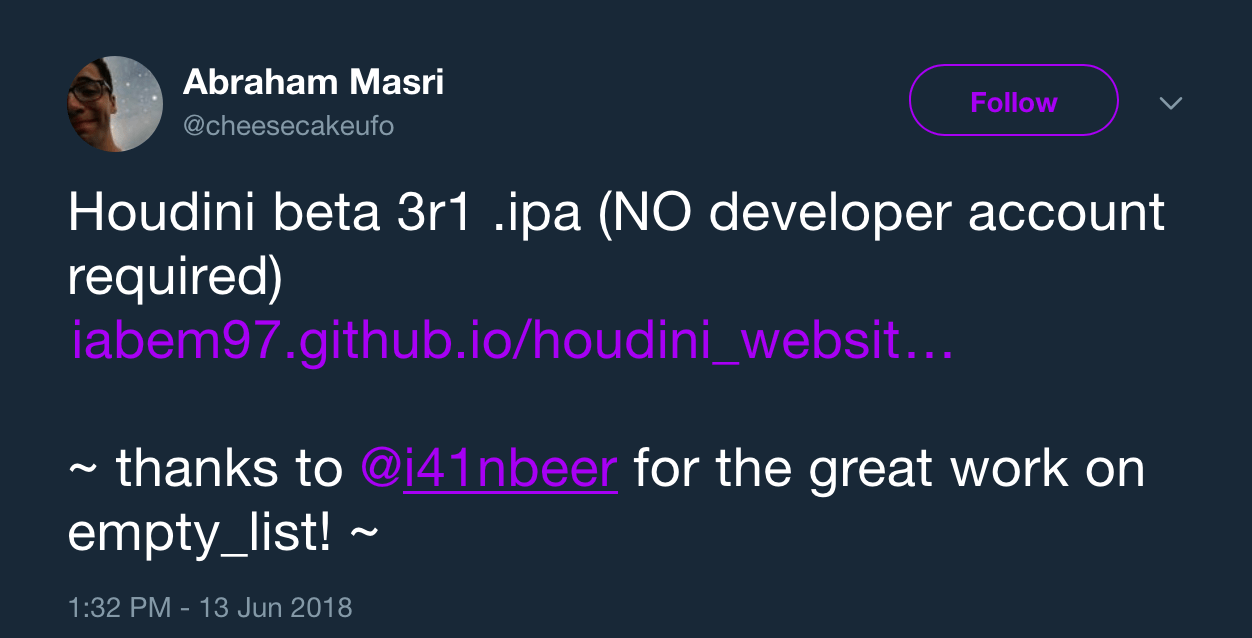 Notably, this semi-jailbreak doesn’t install Cydia or let you download jailbreak tweaks, but it does let you customize your device beyond stock parameters with built-in configurations. You can learn more at the Houdini Github page.

Geosn0w was another developer who took full advantage of Beer’s empty_list exploit. With it, he ported his Osiris jailbreak so that it would work on iOS 11.2.x/11.3.x devices without the need for a paid developer account. 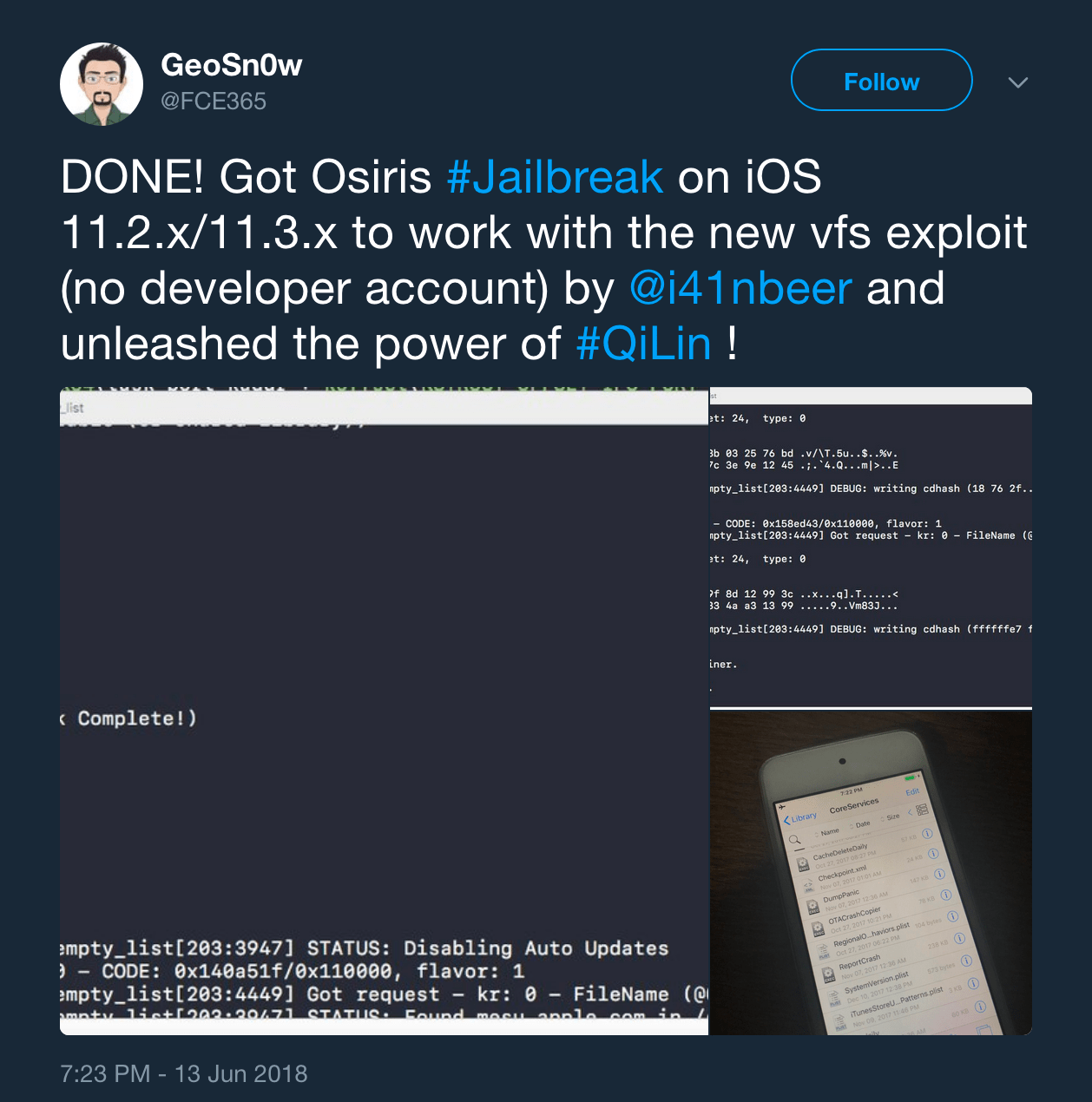 And yes, even Jonathan Levin (@Morpheus______) had something to add after teasing compatible updates for LiberiOS and LiberTV. 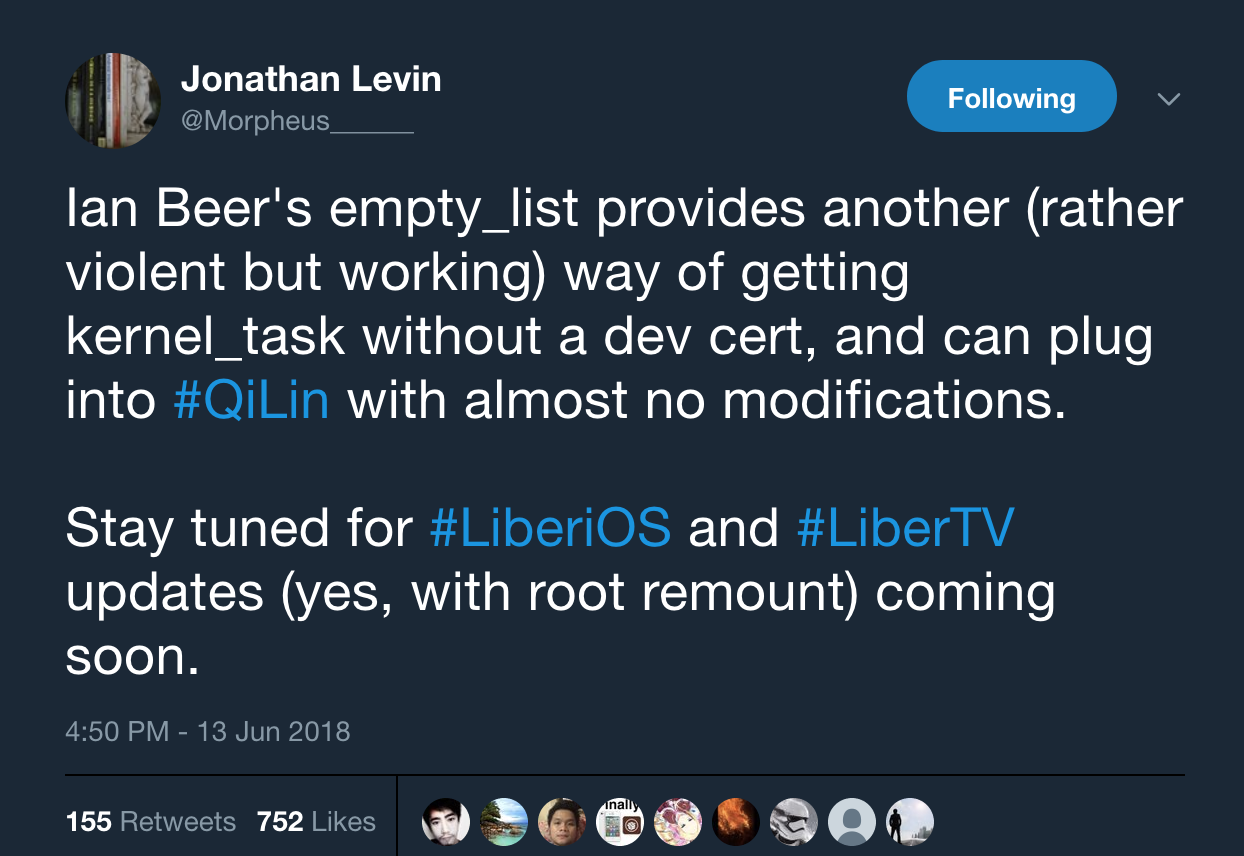 But don’t hold your breath for Cydia support, as Levin and Cydia don’t exactly… get along.

As for those that are waiting on CoolStar to finish up with Electra for iOS 11.2.x-11.3.1, it seems as though Beer’s empty_list exploit could help it materialize sooner rather than later. But it’s too early to tell at this point in time given the limited information available.

Anyone that might be interested in learning more about Ian Beer’s empty_list VFS exploit can look into it more here.

Are you excited about the way things are moving in the jailbreak community? Share in the comments.