The name Ian Beer should sound pretty familiar by now, as he was the security researcher behind the tfp0 exploit for iOS 11.0-11.1.2 that made CoolStar’s popular Electra jailbreak tool possible.

But Beer is about to become even more popular after a Tweet shared Tuesday afternoon. It appears that he may have yet another tfp0 exploit up his sleeve; only this time, it supports firmware as new as iOS 11.3.1. 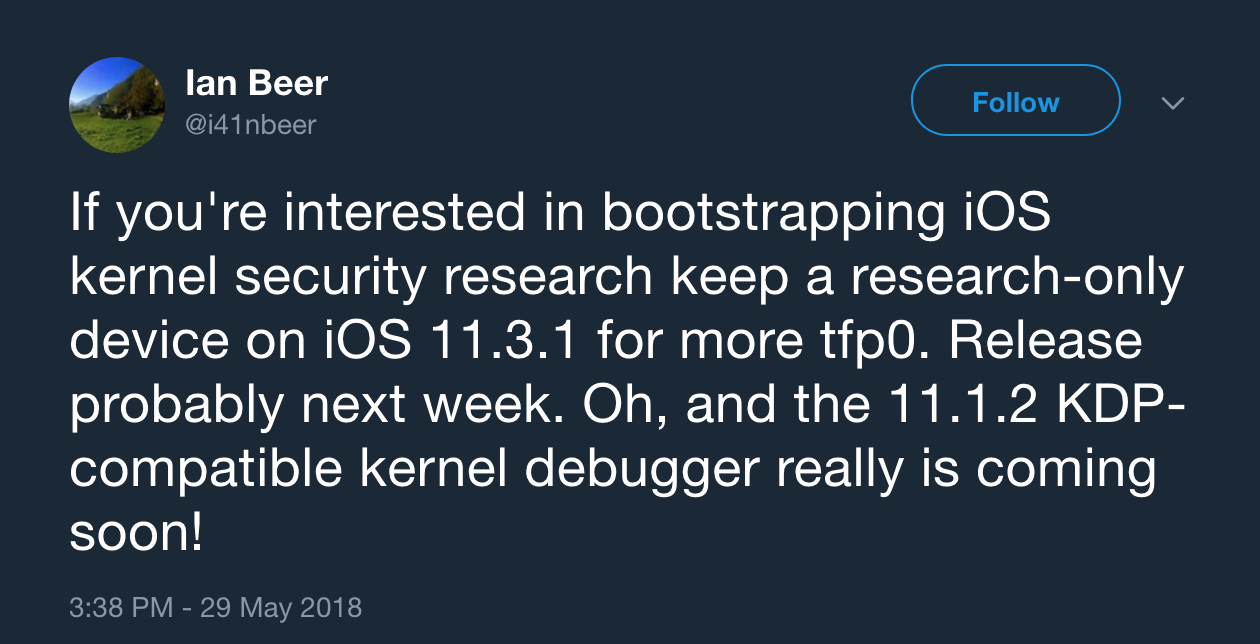 If this revelation wasn’t exciting enough in and of itself, it does indeed seem that Beer plans to release this tfp0 exploit as soon as next week. That means jailbreak developers will have every opportunity to formulate a jailbreak tool with support for iOS 11.3.1.

CoolStar has already expressed interest in Beer’s iOS 11.3.1 tfp0 exploit and says that he may add support for it into Electra. On the other hand, the range of supported devices may not be in everyone’s favor: 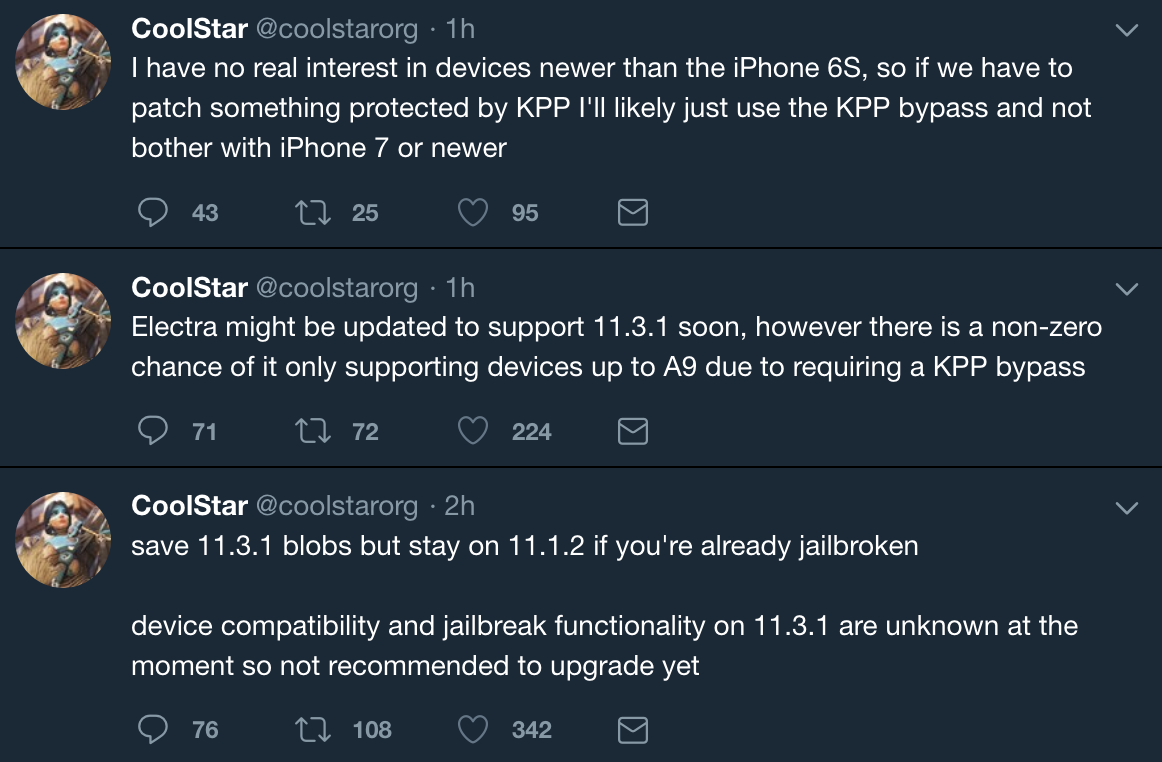 A slew of related Tweets highlight how the exploit may require a Kernel Patch Protection (KPP) bypass on devices with chips newer than A9. That said, CoolStar shares that he doesn’t have much interest in devices newer than the iPhone 6s, so jailbreak support may be limited to older handsets.

As always, jailbreak developers have no responsibility to make free jailbreaks for anyone, so what they choose to build and support is their own prerogative.

Then again, many are still waiting on Saurik’s official iOS 11 updates for Cydia and Mobile Substrate, and the community has yet to see what might be lurking up his sleeve concerning a still unconfirmed fully-integrated iOS 11 jailbreak experience. It should be interesting to see what happens in the near future.

Are you excited to learn about the new tfp0 exploit and what might materialize from it? Tell us in the comments section below.