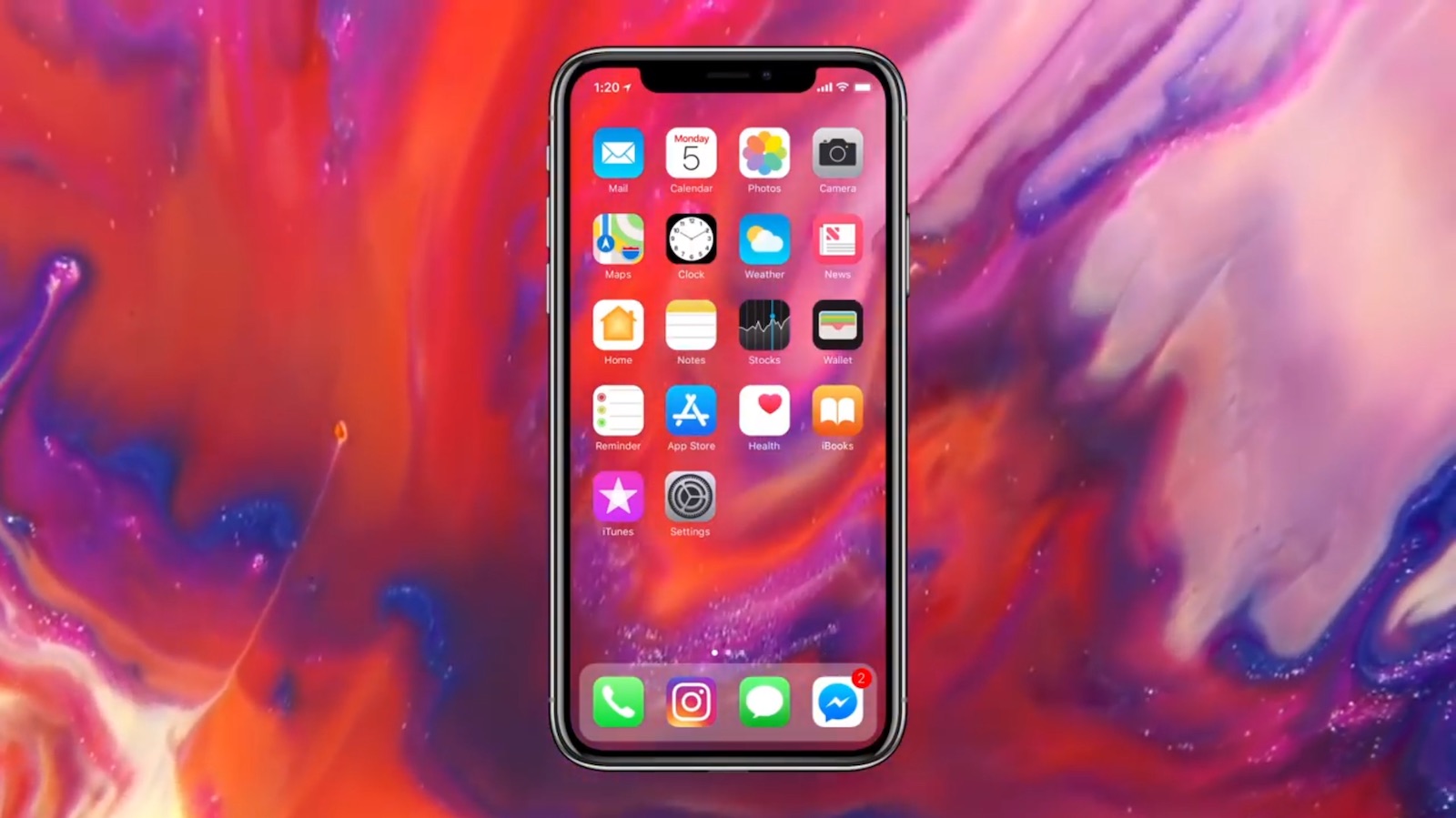 The iOS 12 rumors are growing just weeks before Apple’s next operating system for iPhone and iPad is revealed. In this article, you’ll learn more about the current speculation and our thoughts on the new software.

On June 5, Apple’s 2018 Worldwide Developers Conference (WWDC) begins in San Jose, California. During that day’s keynote address, Tim Cook and company will almost certainly reveal and demo the next version of iOS, iOS 12, which should arrive for the public this fall around the same time the company unveils the 2018 iPhone lineup.

In January, Axios said Apple would hold off on releasing significant software changes in iOS 12. Instead, they said the company planned on using this year’s software release to address performance and quality issues. Because of this, refreshes to the iOS Home screen and in-car user interfaces have likely been pushed to 2019. Tweaks to core apps like Mail and Photos might have also been delayed.

This doesn’t mean iOS 12 won’t include new features or changes, however. One of the most significant changes likely to be announced in June is some sort of merger between third-party apps in iOS and macOS. As first rumored in December, Apple could provide new developer tools that will let app makers design, engineer, and compile a single app binary that will run on iPhone, iPad, and Mac devices.

Other iOS 12 rumors making the rounds include:

If these rumors hold, iOS 12 could be one of the least feature-rich releases in the history of the platform. Nonetheless, there are a few things that could prove popular, including the iOS/macOS merging of apps, multiplayer mode, and more.

We can always dream, of course. Among the things we’d like to see on iOS 12 this fall are: 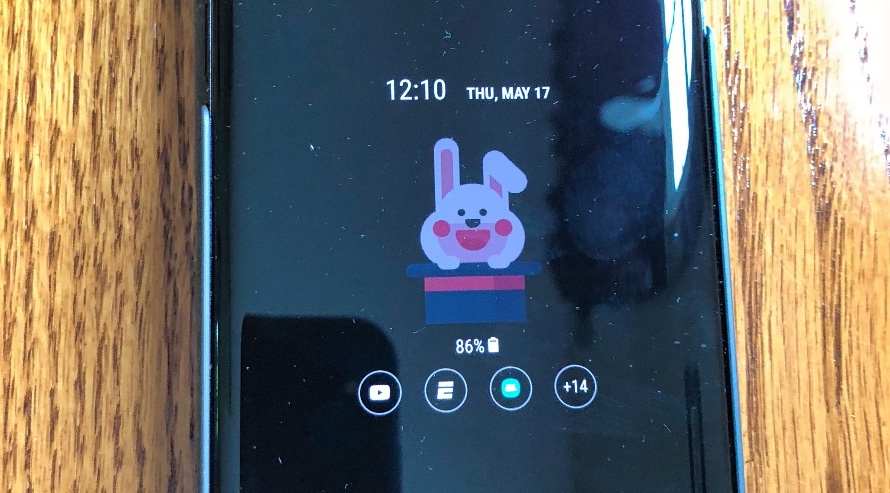 Some Android-based devices, including some from Samsung (see above), allow you to add a customizable clock, GIF, and so-called Facewidgets to an always-on display. In doing so, you can see what’s on the screen without unlocking the device, thereby saving time.

The iOS Do Not Disturb is a nice little feature that lets you mute calls and alerts according to a schedule you provide. Unfortunately, you can’t create more than one schedule like one for weekends and another for weekdays.

The native Camera app keeps getting some great features with each iOS release. Next, it should give you the ability to change video formats within the app. Right now, you need to make these changes in the Settings app.

Tapbacks are a great way to share your reaction to a text without typing a complete Message. Options include a thumbs up/down, heart, the word “haha,” two exclamation points, and a question mark. Apple should expand these offerings in iOS 12.

Other new Message features we’d like to see include quoted text, bookmarking, being able to note a message as unread, and the ability to add file attachments.

Once again, we’re on the lookout for Siri improvements. The Apple voice assistant does a fair job at simple tasks. Beyond this, it needs some work. Improved recognition and response would also be a step in the right direction.

A system-wide dark mode seems to be one of the most requested new iOS features each year. Unfortunately, similar features being added to macOS and tvOS in recent years, there’s no dark mode on iPhone and iPad.

FaceTime is a great tool, but one that could get even better with one small change. Bring Group FaceTime to iOS, Apple.

Each year, millions of dedicated Apple users go out and buy the latest iPhone. For this, Apple adds a few new native wallpapers while subtracting others. With flagship iPhones now costing more than $1,000, it isn’t asking too much for Apple’s design team to add a few more of these wallpapers each year, especially dynamic and live ones.

Apple has been offering a laughable 5GB of could storage to users for years, and it is time the company gives users more than that. We aren’t asking for 1TB of storage either. Offering free cloud storage matching the storage space of your iOS devices doesn’t seem unreasonable. Have a 64GB iPhone? Then maybe Apple can offer 64GB of iCloud storage to be able to back up that device without having to fork out another $2/month.

In iOS 11 Control Center, you have the ability to toggle off Bluetooth and Wi-Fi. However, as Apple admitted in September, this doesn’t technically happen. Instead, for operational purposes, Apple leaves the radios on for both services for features like AirDrop, AirPlay, Handoff, Instant Hotspot, Apple Pencil, Apple Watch, and Location Services. If Apple gives you an on/off toggle, shouldn’t they at least let you use that toggle to full disable Bluetooth and Wi-Fi?

Speaking of Control Center, in the next version of iOS, Apple should offer more buttons and icons, and give third-party apps the ability to create shortcuts here.

Face ID is a quick, useful way to open your iPhone X. However, it would also be useful to let us lock apps with the tool. For example, require Face ID to open the Messages app.

Apple iMessage is one of the most popular tools for iPhone, iPad, and Mac users. Unfortunately, it’s still not available for folks who use Android and Windows. It’s 2018, and this should probably change. Microsoft’s even willing to work with Apple to bring iMessage to Windows-based machines, so there shouldn’t be a problem. Come on, Apple, eliminate the restrictions and announce iMessage for all.

One of the worst experiences in iOS out of the box remains the volume HUD, which is clunky and appears right in the middle of the screen. Apple should select one of the many volume HUD jailbreaks and incorporate it into iOS 12.

Apple finally lets you remove native apps from iPhone and iPad. The time has now come for Cupertino to introduce a default app chooser. This type of tool would allow you to change your default browser app or weather app, for example, with ease.

It wasn’t that long ago when iOS included group notifications from the same app. Unfortunately, that went bye-bye in iOS 10. Apple should bring this feature back, stat.

As iPhone screens great bigger, it’s becoming increasingly more necessary to provide split screen support on handsets. That way, you can us two apps at the same time.

Finally, it’s way past the time when Apple brought multi-user support to iOS. It’s already available for educational customers, so it shouldn’t be too different to bring it to everyone else.

YouTube is a great place to find iOS 12 mockups from some of Apple’s biggest fans. Here are two of our favorites:

As a reminder, the WWDC keynote is scheduled for Monday, June 5. In the meantime, what iOS 12 features would you like to see become a reality? Let us know in the comments below.