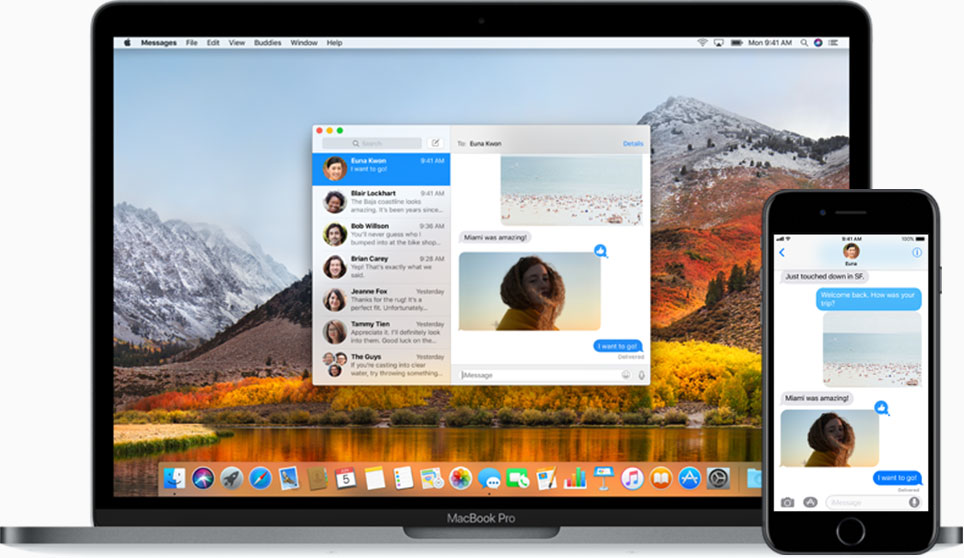 Shilpa Ranganathan, general manager at Microsoft, told The Verge today that the Windows maker is “very willing to work with Apple” on adding Windows 10 functionality to iMessage.

Microsoft’s upcoming Your Phone app, unveiled at the BUILD conference this week, will help bridge desktop and mobile worlds. Microsoft says the software will permit its customers to synchronize content between their iOS/Android device and desktop so that they could easily view notifications, send texts and copy files from within Windows 10.

The Your Phone app won’t, however, allow iOS users to sync their messages—that’s why the Redmond company is keeping its fingers crossed to work with Apple on changing that.

We will actually have photos on iOS and notifications as well. Apple does make it a tad harder for messages, but we’re very willing to work with Apple. I want to do this in a supported way with a respect for the ecosystem we’re building on and at the same time make it a delightful experience. Messages is one where we’re not currently where we need to be compared to Android, but we need to work with Apple.

He underscored that Microsoft has not yet approached Apple for such a partnership. I’m not sure they should because the tight security layers in iOS, end-to-end encryption and Apple’s reliance on its own cryptographic coprocessors are causing the major problems for Microsoft.

If that weren’t enough, iMessage supports third-party apps, games, stickers, mobile payments and a bunch of interactive features that would all need to be ported over to Windows, a gargantuan undertaking, in order to replicate Apple’s user experience 100%.

In spite of all this, Belfiore remains optimistic.

“There’s a ton we can do on Android, there’s plenty we can do on Apple that we haven’t done yet so let’s go get to the edge and as far as we can and I think we’ll be in a better place,” he added.

According to Windows Central, the Your Phone app will use Wi-Fi or Bluetooth to sync content between an iPhone or Android device and your computer. Your phone and computer won’t need to be connected to the same Wi-Fi network in order for the app to function properly.

This sounds a lot like Apple’s Continuity features that use Wi-Fi Direct for peer-to-peer data transfer and Bluetooth for proximity information and device discovery. The Your Phone app will launch to Windows Insiders soon before rolling out to everyone in October when the next major update to Windows 10 is expected to launch.

As you know, the iMessage platform is currently compatible with iPhone, iPad, iPod touch, Mac and Apple Watch devices—and, through Siri, with the HomePod speaker.

Unlike with FaceTime that Apple eight years ago promised to turn into an open standard (but hasn’t to this date), the company made no such promises regarding iMessage. As such, iMessage remains one of Apple’s biggest differentiators over Android.

How likely is the Microsoft-Apple cooperation, do you think? If you were standing in Apple’s shoes, would you have interest in making iMessage available outside of your own ecosystem.