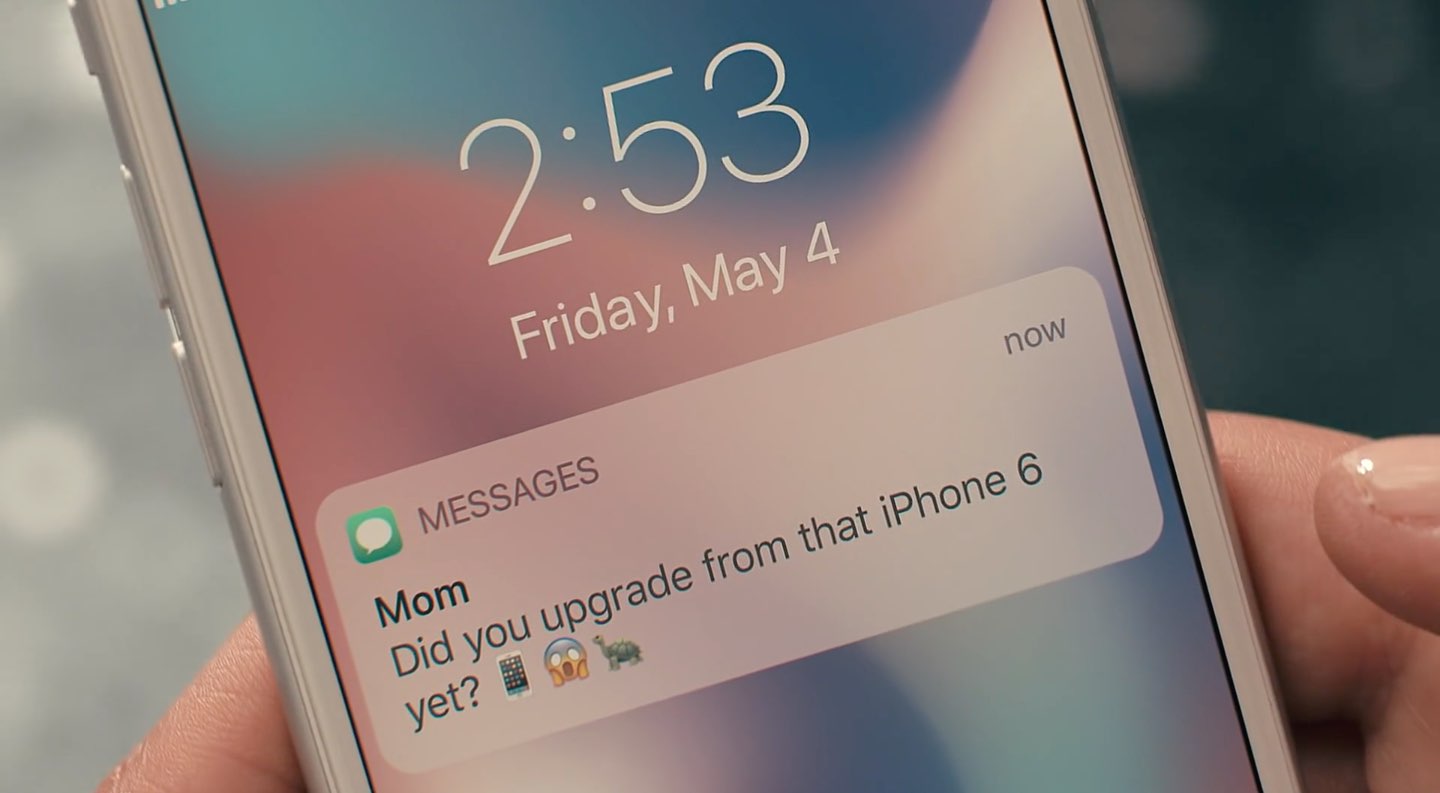 “When your lagging phone does you wrong, you gotta move on,” reads the tagline. The commercial closes with the usual call to action: upgrade to the latest Galaxy phone.

Of course it was just a matter of time before Samsung put out an anti-Apple ad mocking iPhone throttling. But as CNET pointed out today, the South Korean firm still couldn’t do it right.

TUTORIAL: How to assess your iPhone battery health and disable CPU throttling

That alone could be the reason to dismiss this ad as irrelevant, but the way it exaggerates throttling is totally unnecessary. Samsung again includes fine print here to warn viewers that “screen images are simulated”. For the sake of completeness, I should point out that performance throttling isn’t enabled on iPhone 8, iPhone 8 Plus and iPhone X.

I’ve embedded the ad right below so give it a quick watch.

Most advertisements exaggerate, including Apple’s.

I have no problem with that whatsoever. What I do take a major issue with is how Samsung has overplayed its hand in context of the controversial iPhone throttling.

True, swapping a new battery when your old one is worn-out will give your iPhone a new lease of life and improve performance. However, the effects of CPU throttling on an iPhone 6 are definitely not as pronounced and visible as depicted in Samsung’s commercial.

The video is funny, but the joke is on Samsung because why make an ad just to show Apple’s older iPhones slowed down? And what’s up with the iPhone X notch haircut again?