Following the scandalous revelation that Cambridge Analytica exploited the Facebook platform to collect data on undecided US voters through an inconspicuous quiz app, the social network has now released a web-based tool to check if your account may have been exploited.

According to the latest numbers released by Facebook itself, as many as 87 million people have been affected by the Cambridge Analytica breach, with 70 million of the affected accounts located in the United States and the rest are international accounts. 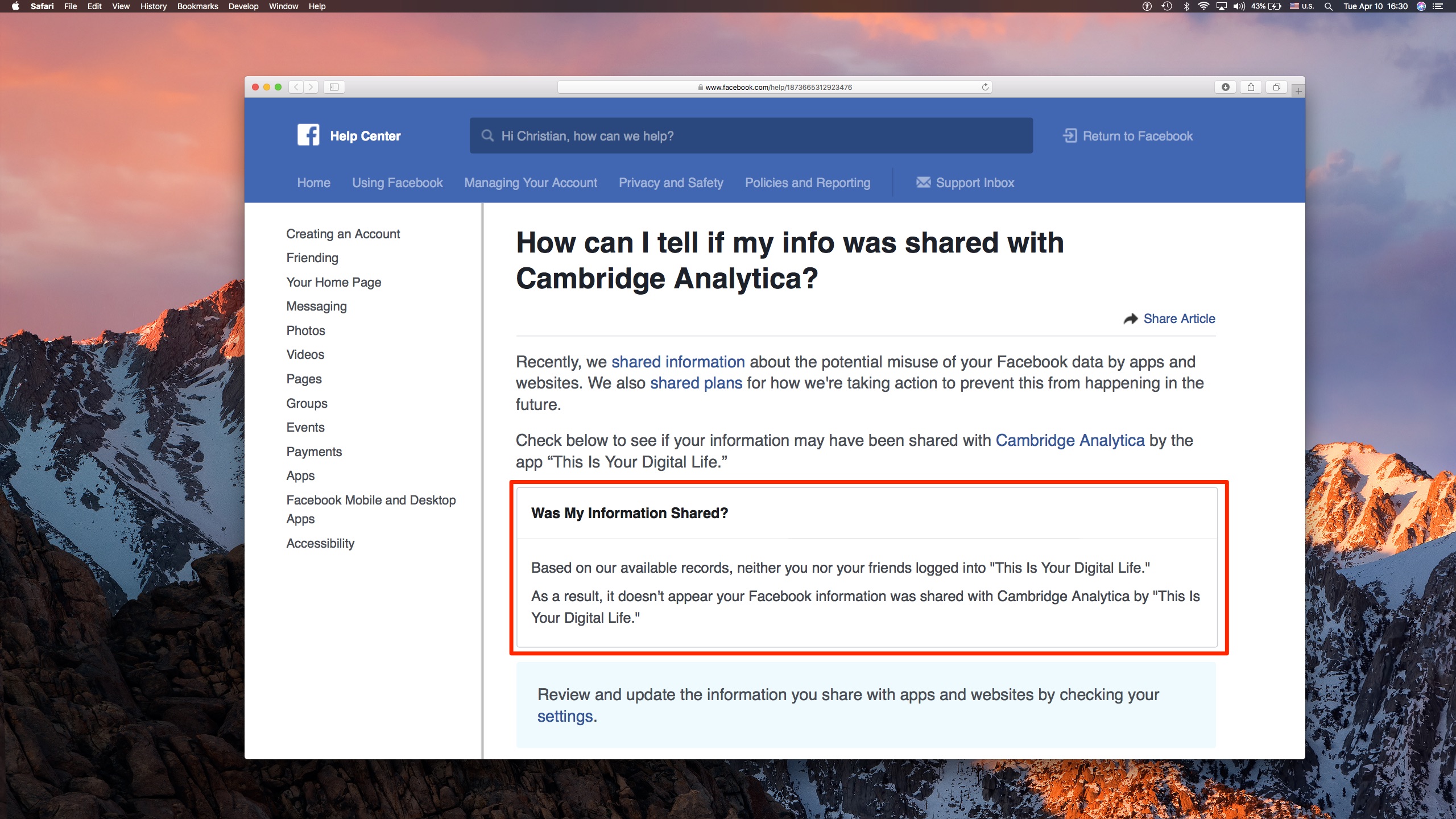 If you see a message under the headline “Was My Information Shared?” informing you that neither you nor your friends logged in to “This Is Your Digital Life,” you’re in the clear.

Here’s what they’re doing to identify past abuse and prevent future abuse of the platform:

They’re even pausing app approvals temporarily until this ordeal gets sorted out.

The potential misuse of your Facebook data should not be taken lightly.

Information a researcher was able to gather on tens of millions of Facebook users in the United States and elsewhere was sold to the political consultancy firm Cambridge Analytica which mined the data to gain insight into undecided voters and target them with tailored political advertisements which exploited their fears and doubts.

Facebook is taking action to prevent this from happening in the future. For starters, they overhauled their privacy tools to make them easier to find and use.

Next, Zuck & Co. are making ads and pages on the platform more transparent so it’s clear who they are coming from. The company has also launched a new initiative to help provide independent, credible research about the role of social media in elections.

Lastly, Facebook CEO Mark Zuckerberg spoke about his company’s efforts to better protect people’s information ahead of his testimony at two congressional hearings this week.