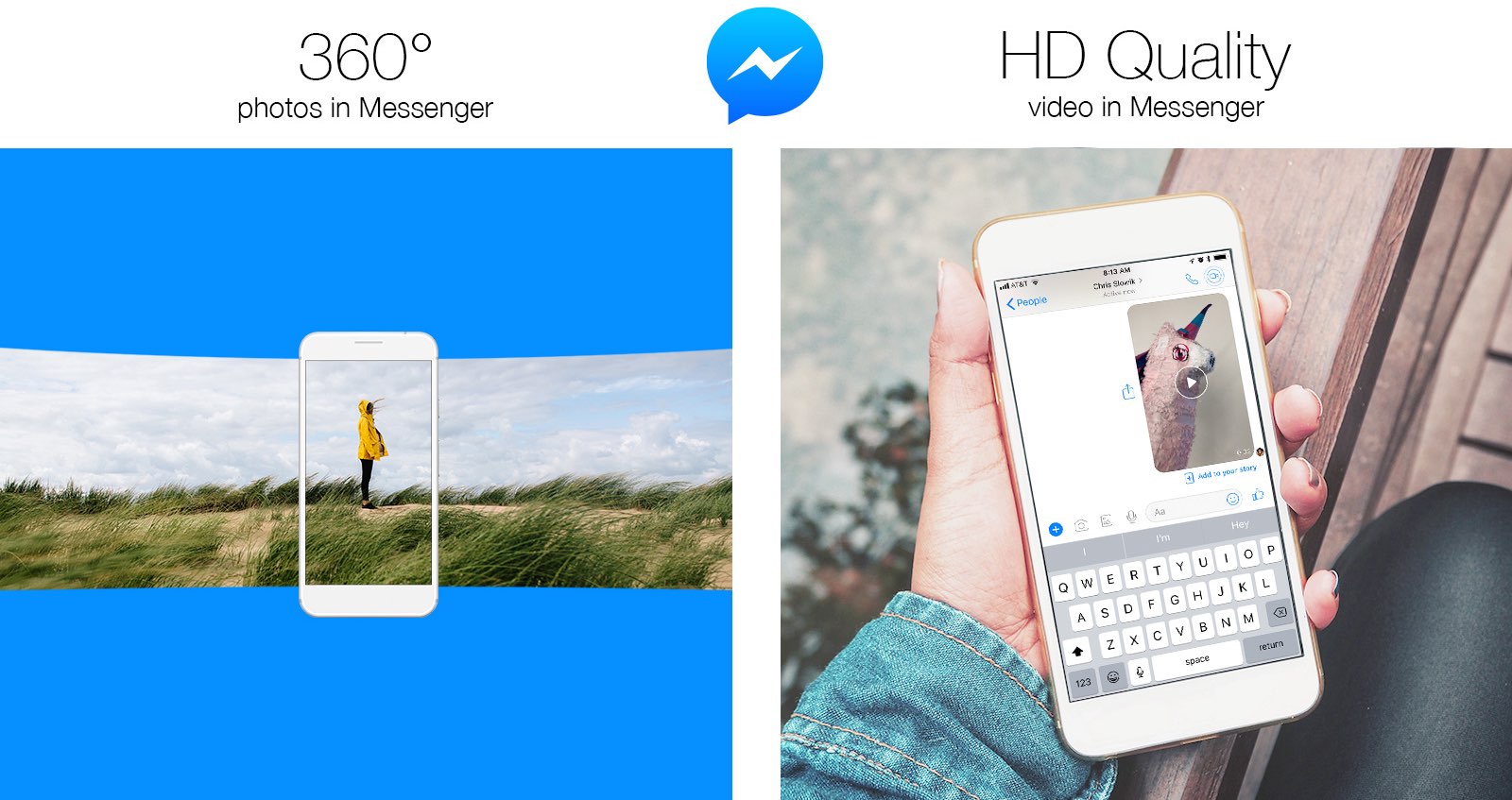 Facebook today announced that people can now send and receive 360-degree panoramic photos and HD quality videos through the mobile Messenger app for iPhone and iPad, as well as via its messaging web app at Messenger.com.

Similar to Facebook which picked up these abilities last summer, you just upload one of the panoramic shots taken with your iPhone to Messenger (they’re denoted by a compass icon) and the app takes care of the rest, converting your panorama to an immersive photo that your recipient(s) can explore by dragging the image or moving their phone around.

360 degree photos in Messenger are available to users all over the world.

The mobile Messenger app picked up support for sending and receiving photos at 4K resolution (or up to 4,096-by-4,096 pixels) last fall. According to Facebook, people were sending more than 17 billion photos through Messenger every month as of last November.

As for support for “HD quality videos” in Messenger, they really mean 720p, not 1080p. “Many smartphones capture videos with HD resolution and now people on Messenger can send and receive HD quality, 720p videos straight from their Camera roll,” the company noted.

The videos in your Camera roll  are easily identifiable with an HD or SD marker within the Messenger app. If you’d like, you can change the quality right from the marker on the lower-right side when in fullscreen mode. In addition to sharing a 720p video saved on your phone, you can also share one from your newsfeed or from one message thread to another.

TUTORIAL: How to upload HD photos and videos to Facebook