With Instant Markup on iPhone and iPad, you can annotate or quickly edit screenshots right after taking them. You can do things like add text and vector shapes to your screenshots, doodle anything with your finger or Apple Pencil, zoom in on a part of a screenshot to emphasize it, and much more. Let’s show you how. 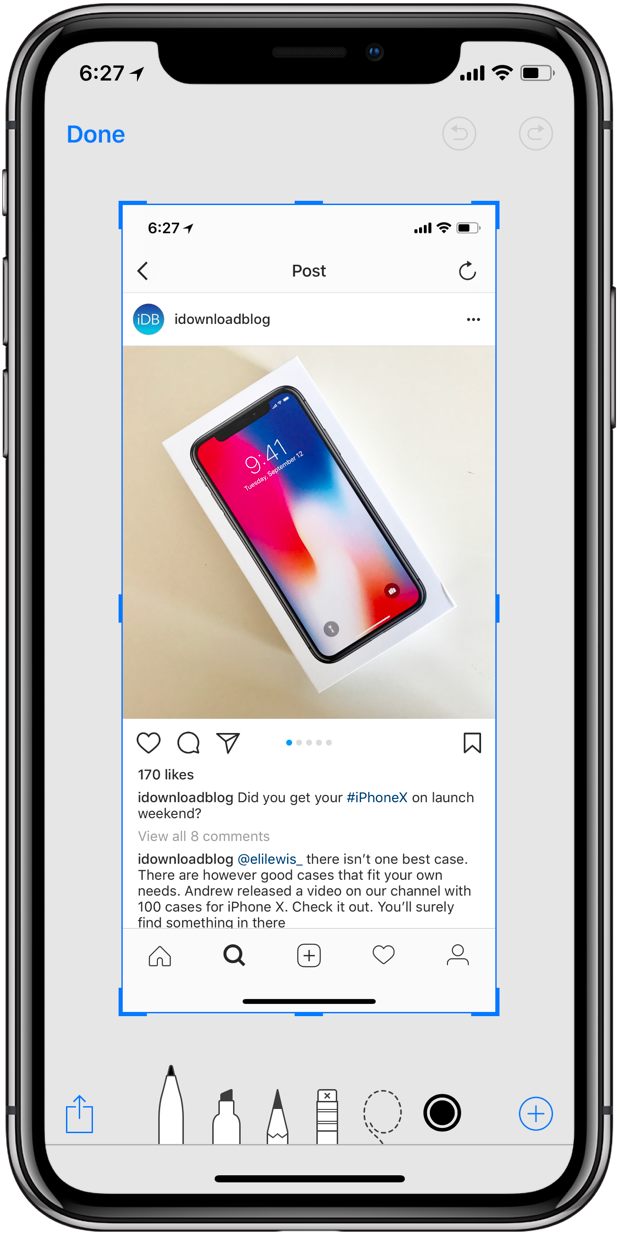 How to edit screenshots with Instant Markup

To take and edit a screenshot quickly without needing to open the Photos app, do this:

1) Capture what’s on the screen of your iOS device.

2) Access your Instant Markup tools by tapping the thumbnail that appears for a few seconds in the lower-left corner of the screen right after taking a screenshot.

Tip: If you took multiple screenshots, tap on their preview bundle in the lower-left corner to open them all in Instant Markup. From there, you can swipe between the individual images to make changes to a particular screenshot.

3) Use Markup’s built-in tools to sketch, create text, crop, zoom in, add a signature, and more.

Markup includes other annotation and editing tools as well. 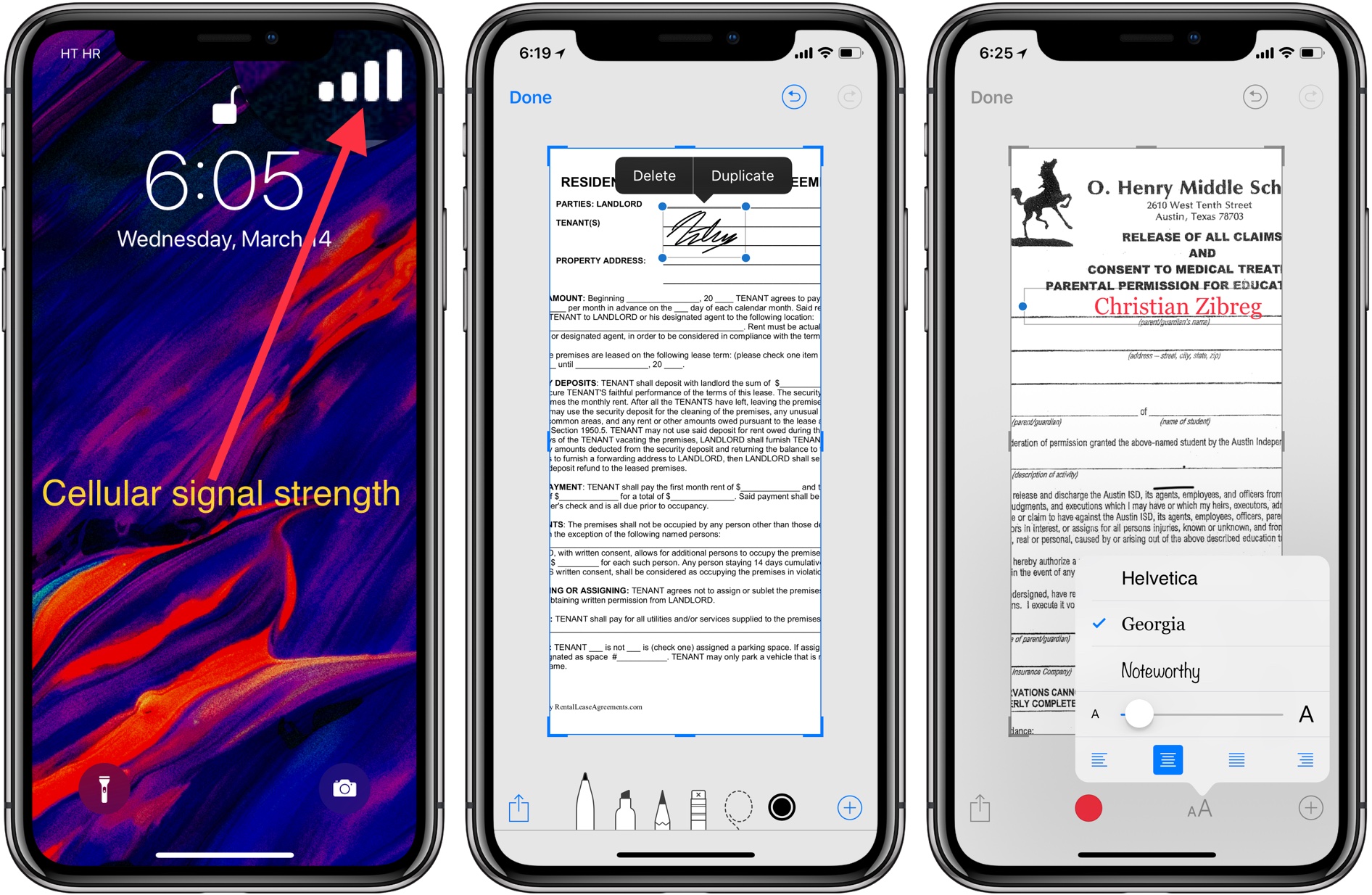 For example, there’s a handy lasso tool for selecting multiple objects at once. You also get some useful built-in vector shapes like a circle, square, rectangle, speech bubble, and pointing arrow that can be solid-colored or outlined.

4) Tap Done in the upper-left corner to save or delete your screenshot.

The Markup interface includes options for saving screenshots to the Photos app. You can also delete one or more screenshots taken in a single session and share your screenshots.

To save or delete one or more annotated screenshots, tap Done in the upper-left corner after making your edits and choose the appropriate option from the popup menu:

If you accidentally deleted a screenshot, undelete it with just a few taps: Go to the Albums tab within the Photos app, choose the section titled Recently Deleted, select the image you’d like to undelete, and then tap Recover in the lower-right corner. 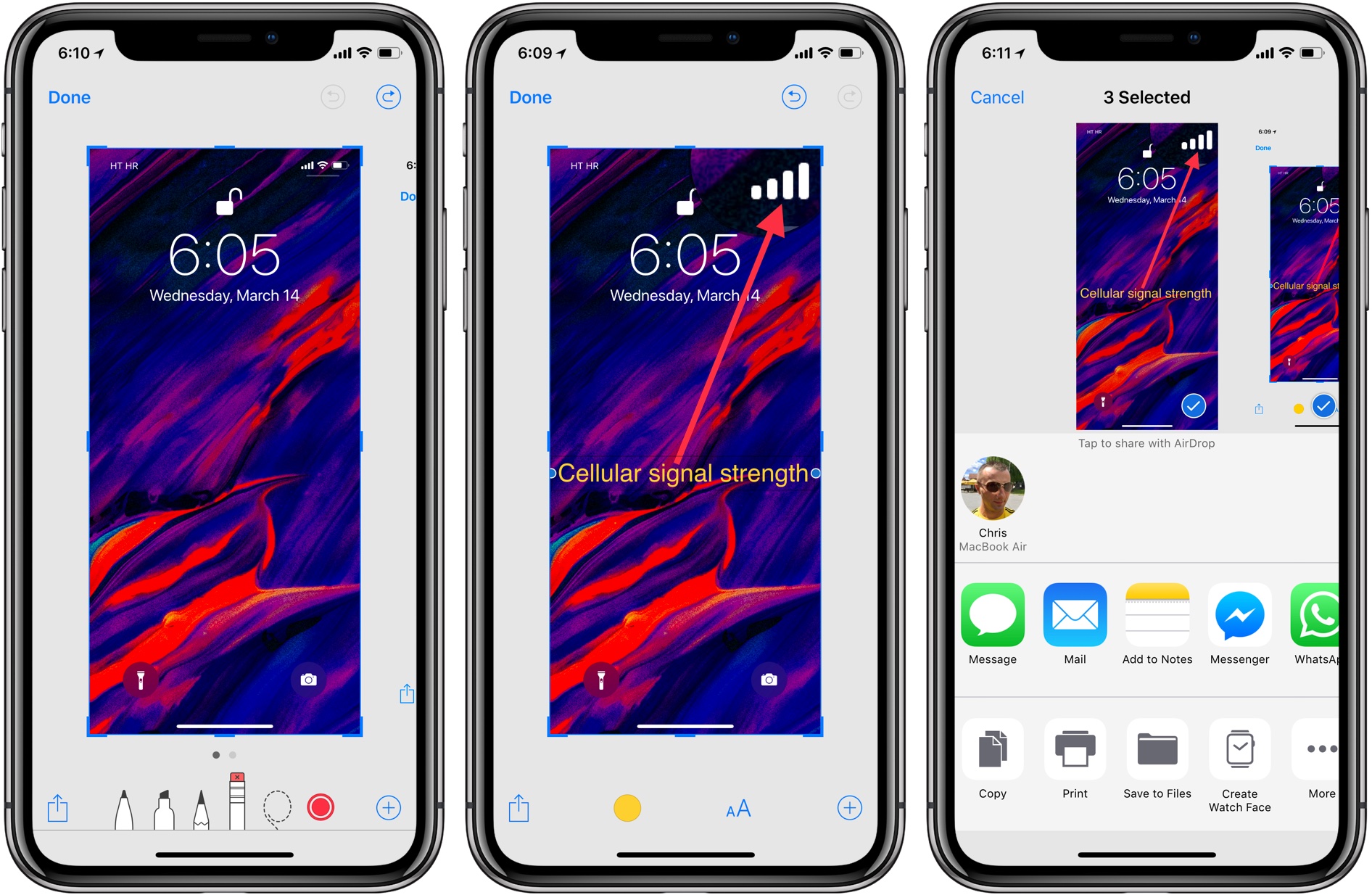 Your annotated screenshots are shared as flattened JPEG files.

For those wondering, the Markup tools in iOS also make it easy to annotate photos you take with your iPhone or iPad and email attachments and documents stored in PDF format.