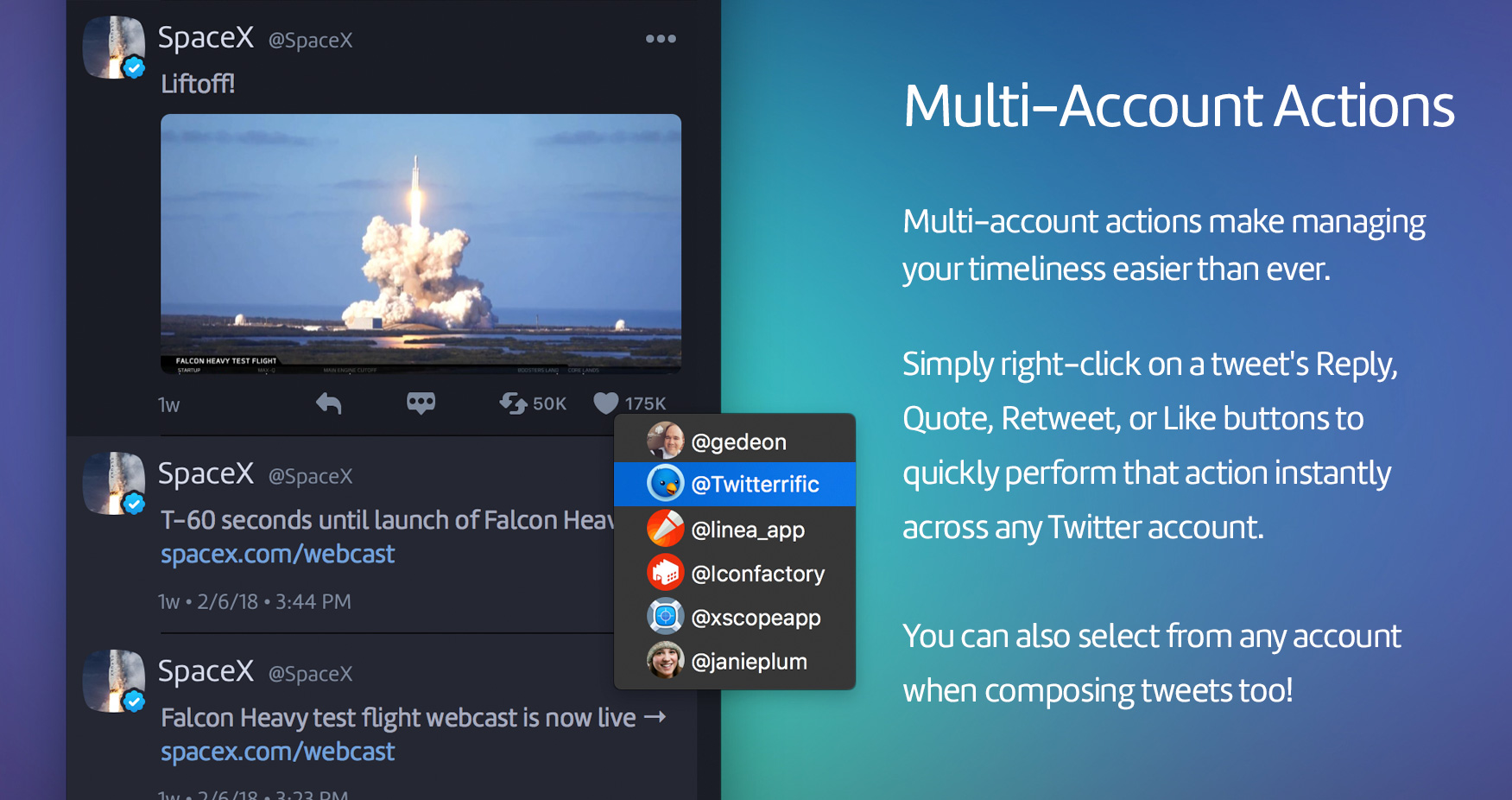 If you have more than one Twitter account, Twitterrific now makes it easy to tweet and browse your timeline. For starters, you can now right-click on a tweet’s Reply, Quote, Retweet or Like buttons to perform the action with any account without having to switch to it.

Likewise, you can select an account from which you’d like to post your tweet by clicking your avatar in the tweet compose sheet. As mentioned, Twitter user avatars now show a verified badge on the lower-right corner. Private accounts also include a new badge on the avatar making it easier to distinguish them from public accounts.

These new badges can be turned off in the app’s Appearance preferences, where you can also set the new Georgia serif font.

Lastly, you can now turn off streaming if you prefer to manually refresh your timeline (via the Timeline menu or by pressing the keyboard shortcut Command-Shift-R). This can be useful for viewing a noisy Twitter search or Voice Over users who have the timeline read aloud.

Here’s the complete list of other improvements and fixes in Twitterrific 5.2.4 for macOS:

The aforesaid updates are available at no additional charge to existing users of the app.

Twitterrific for iOS, a freemium download from App Store, recently picked up haptics, chronological threads, a new unread indicator, a black theme for iPhone X and other perks.