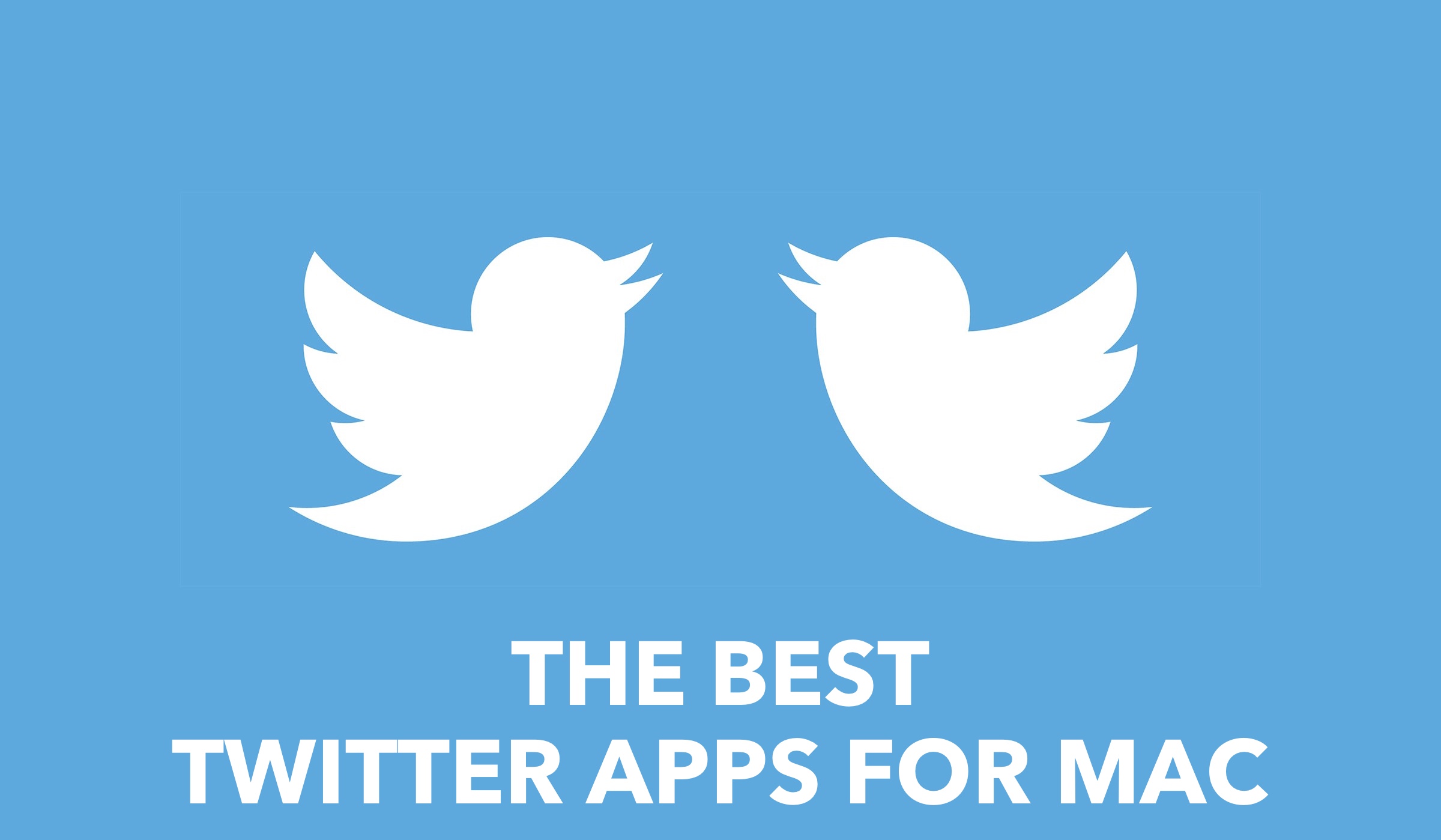 Twitter announced on Friday that beginning immediately, its Mac app will no longer be available for download, and the app will no longer be supported in 30 days. Whether or not Twitter was ever committed to their Mac app is an entirely different conversation, but the company suggests users access the service via the web, which it says will provide a consistent experience across platforms.

We’re focusing our efforts on a great Twitter experience that’s consistent across platforms. So, starting today the Twitter for Mac app will no longer be available for download, and in 30 days will no longer be supported. 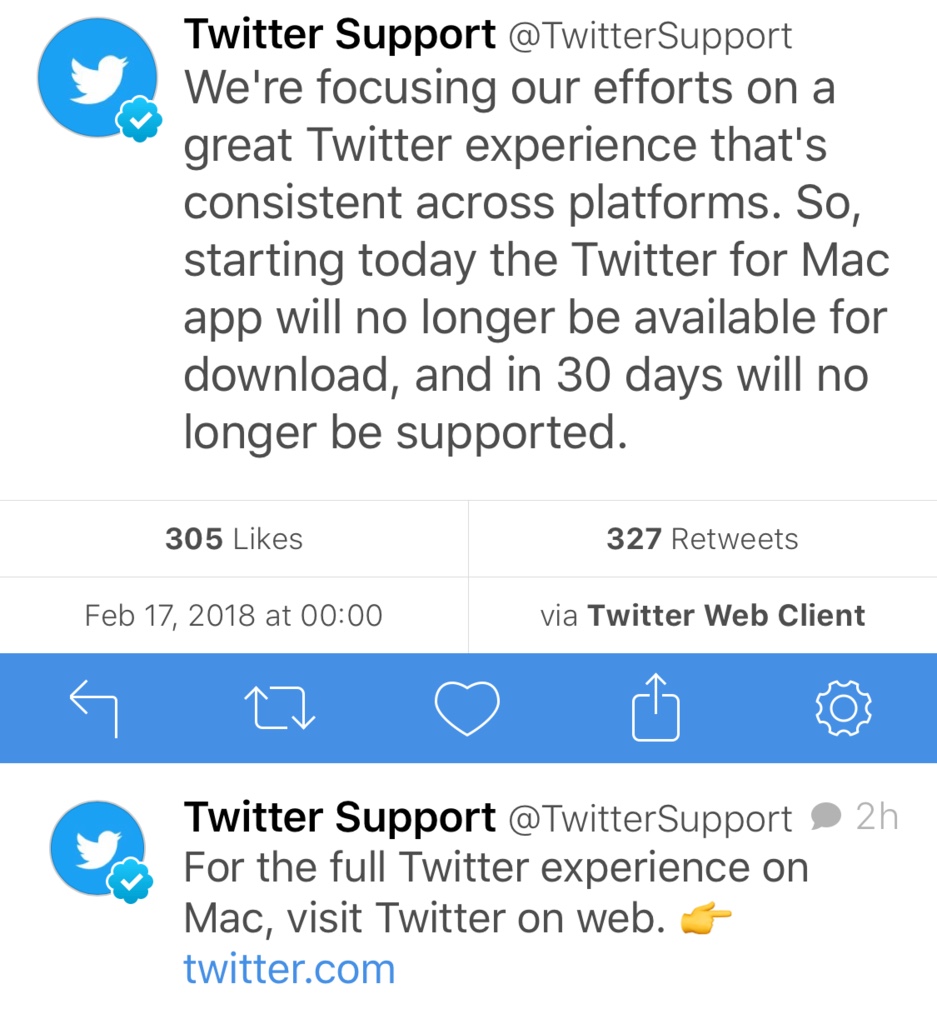 If the goal is consistency, then I guess Twitter will reach its goal. But as John Gruber notes, “people choose the Mac because they want the best experience — not the same experience they can get on a $200 Chromebook.”

The death of the official Twitter app for Mac will be a big blow for Mac users who wanted a way to access the social network from within an app rather than a browser.

The good news is that the official Twitter app for Mac is not the only Twitter app for Mac. There are a couple alternatives in the Mac App Store that will in some ways provide a better experience, albeit with some limitations, and at a cost too.

When it comes to third-party apps for the Mac, your choice is actually very limited as there are only two options. 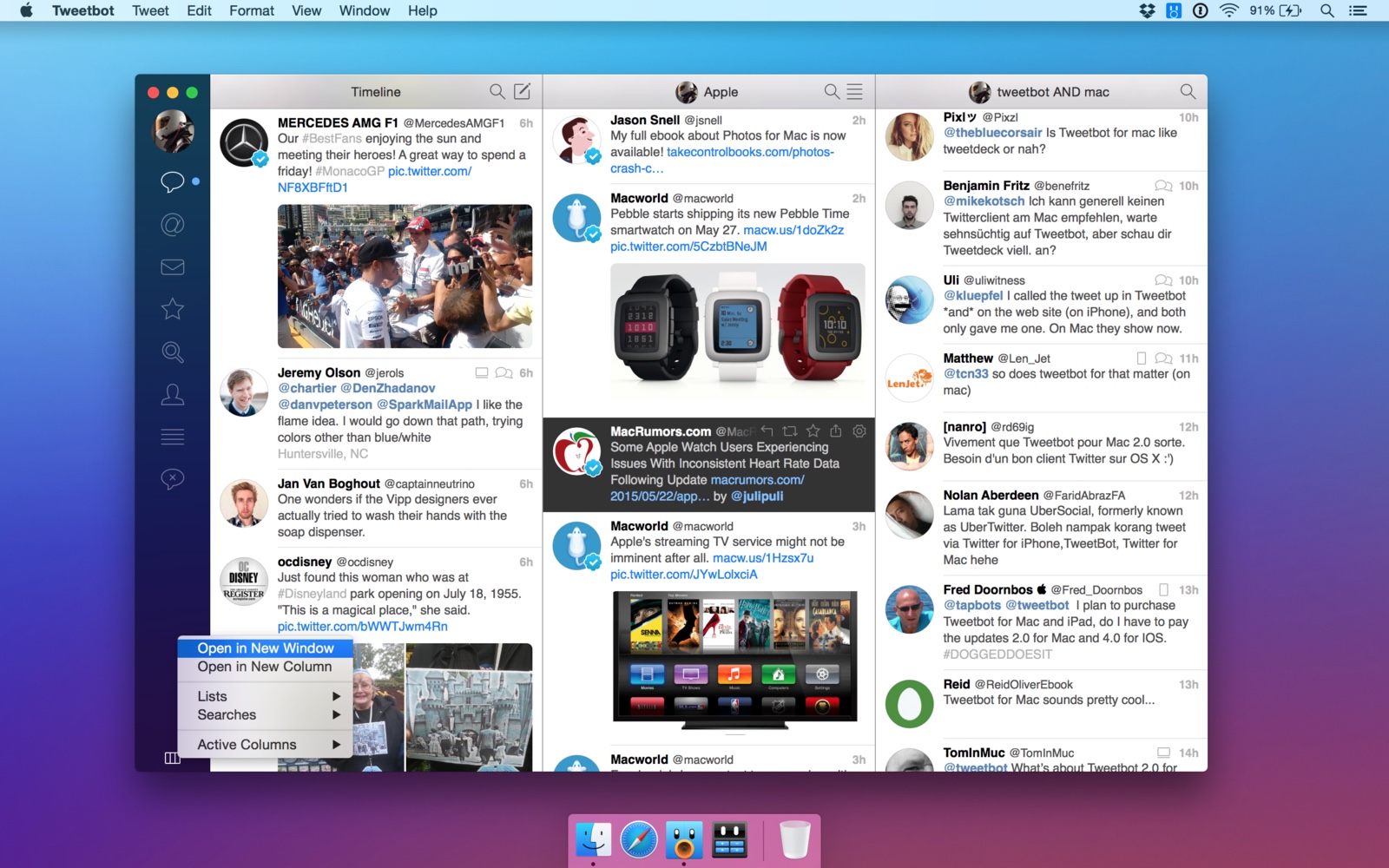 Tweetbot for Mac is the most full-featured app you will find in the Mac App Store. It’s been around for several years and comes with all the bells and whistles you would expect from a solid Twitter client, such as support for multiple accounts and lists, mute filters, multiple column views, and more.

If you also use the Tweetbot app for iPhone or iPad app, then the Mac version will be a nice complement and will sync your activity such as your timeline, unread status, and mute filters across devices.

Personally, this is the Twitter client I have been using for several years now and the one I recommend to everyone.

Tweetbot is available for $9.99 in the Mac App Store. 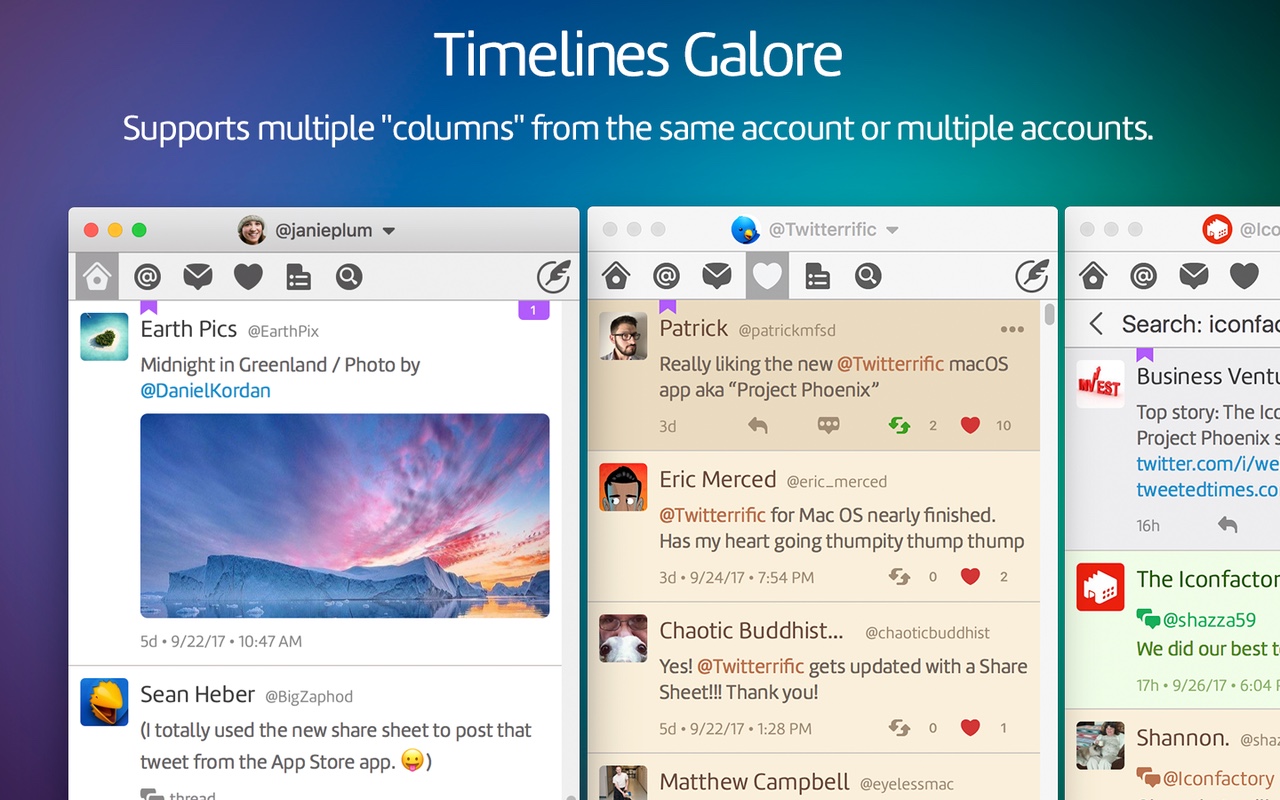 Although available on iOS for years, Twitterrific for Mac is the latest entrant in the Twitter for Mac apps category.

It overlaps on many fronts with Tweetbot in terms of features such as support for multiple accounts, timeline syncing, and more, but where Twitterrific really shines is with its customization options. Choose between a dark and light theme, choose a font type and size, customize the appearance of photos and videos in your timeline, and more.

If you’re into tweet storms, Twitterrific will also natively support this feature.

It should be noted that as the first Twitter client ever made years ago, Twitterrific seems to benefit from a very special relationship with Twitter, something which may play in its favor at times.

Twitter has historically kept some features to itself and didn’t give app developers full access to its API resulting in an experience that doesn’t feel complete at times.

The most obvious example is probably with polls, which third-party apps don’t get access to. For example, if someones posts a poll on Twitter, you will not be able to see that poll in any app because Twitter restricts access to this. Twitterrific does display an icon that indicates the tweet contains a poll, and you can then go to the web view to see the poll, but it’s not native.

Although disappointing, the end of Twitter’s official app for Mac isn’t the end of the world as Tweetbot and Twitterrific are solid alternatives. Besides, with rumors that Apple may let developers easily port their iOS apps to the Mac starting this year, it seems that we may still be able to get some sort of support for an official Twitter app, even though it might not be designed with the Mac in mind.

Picking an absolute best between Tweetbot and Twitterrific is very subjective so you will have to find out for yourself which one you like better. I tend to think that Twitter power users would probably lean towards Tweetbot, while others may prefer Twitterrifc’s approach. You be the judge.

On a similar topic, we recently published a guide to the three major Twitter clients pitting the official Twitter app, Tweetbot, and Twitterrific against each other. If you’re looking for a great Twitter client for iOS, you might want to check out this great article.

Otherwise, let us know your preference when it comes to Twitter clients for Mac down in the comments.