CoolStar released beta 11-2 of the Electra jailbreak tool for iOS 11.0-11.1.2 on Friday. This update doesn’t add any new features per se, but it does include several bug fixes and stability enhancements.

In a series of Tweets shared Friday evening, CoolStar elucidated how specific jailbreak tweaks wouldn’t work correctly due to how jailbreakd injected itself in previous betas. Fortunately, beta 11-2 fixes that problem and makes the jailbreakd injection process “as stable as it can get.” 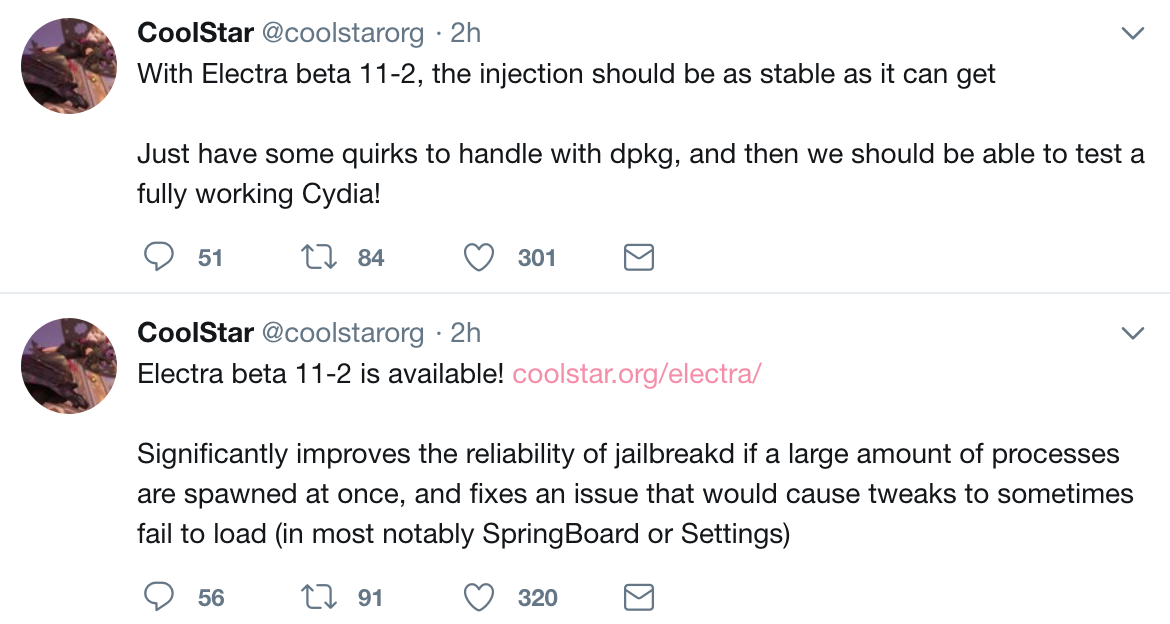 For those wondering, Electra beta 11-2 doesn’t incorporate the patched Cydia app yet, but a future beta of the tool will after everything undergoes sufficient field-testing. Three of Cydia’s dependencies have been updated with iOS 11 compatibility this week, so it shouldn’t be long now.

Notably, Saurik says he’s working on an official iOS 11 update for both Cydia and Mobile Substrate, but there’s no clear indication concerning when they might surface.

If you’re interested in giving Electra a try, you can download the latest version from the official web page.

Have you jailbroken with Electra yet? Let us know in the comments below.