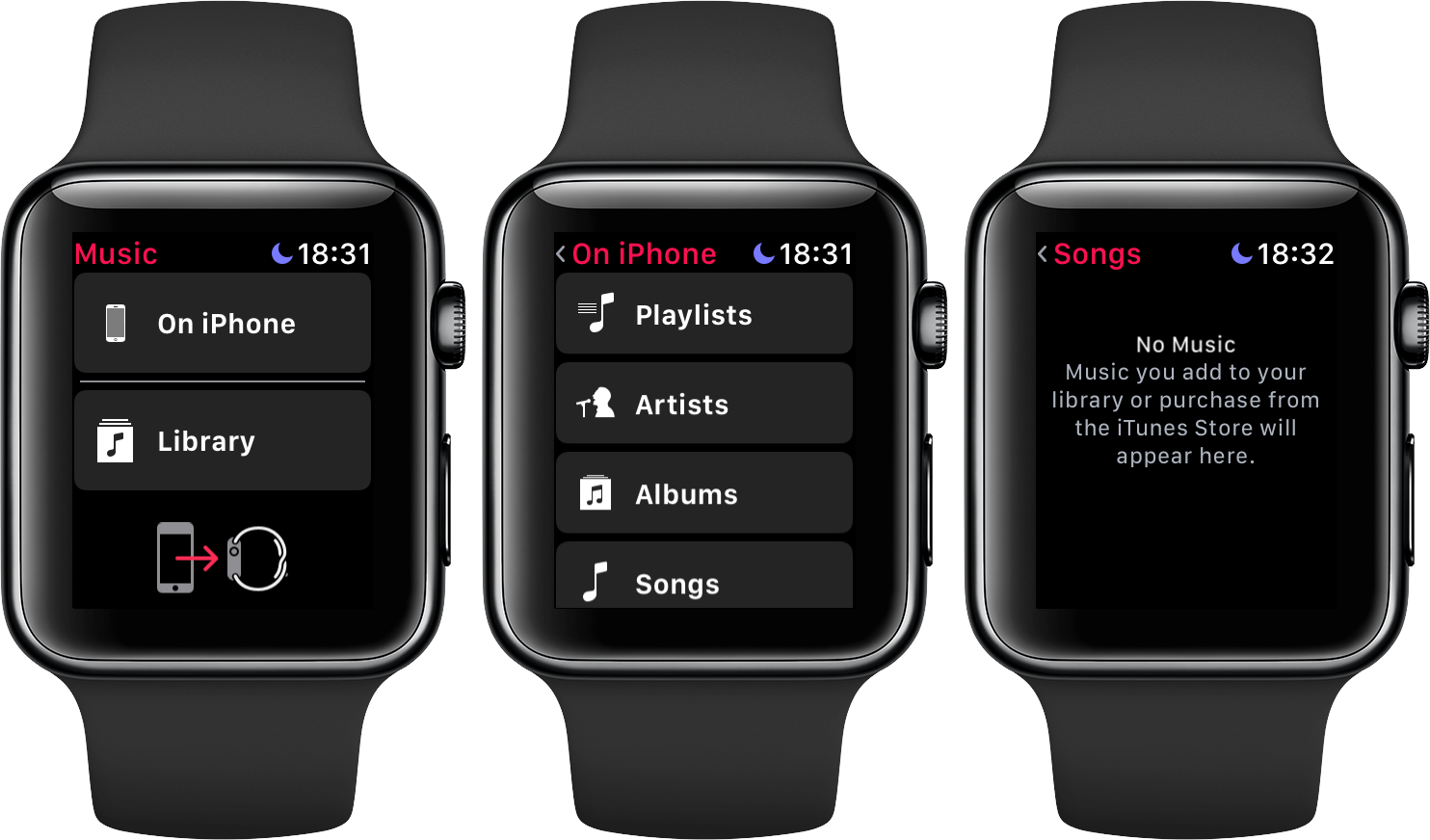 The first watchOS 4.3 beta is here and it brings out the ability to browse a connected iPhone’s music library from your Apple Watch that was removed from watchOS 4 last September.

Upon opening the stock Music app on my Series 0 watch with the newly released watchOS 4.3 developer beta, I was presented with a new “On iPhone” tile at the top of the interface.

I couldn’t be happier with this seemingly small change.

September 2017’s release of watchOS 4 inexplicably removed the ability to browse songs stored on the phone itself, limiting people who are not subscribed to Apple Music to only controlling music being played on a connected iPhone via a Now Playing screen on the watch.

With this welcome change in watchOS 4.3, you can again browse music you have added to your iPhone’s library by way of iTunes sync, as well as any songs you have purchased from iTunes Store, right through the Music app on your Apple Watch and without syncing.

You can browse your iPhone music collection by artists, albums, songs and more, access any previously created playlists, as well as use other previously removed features. 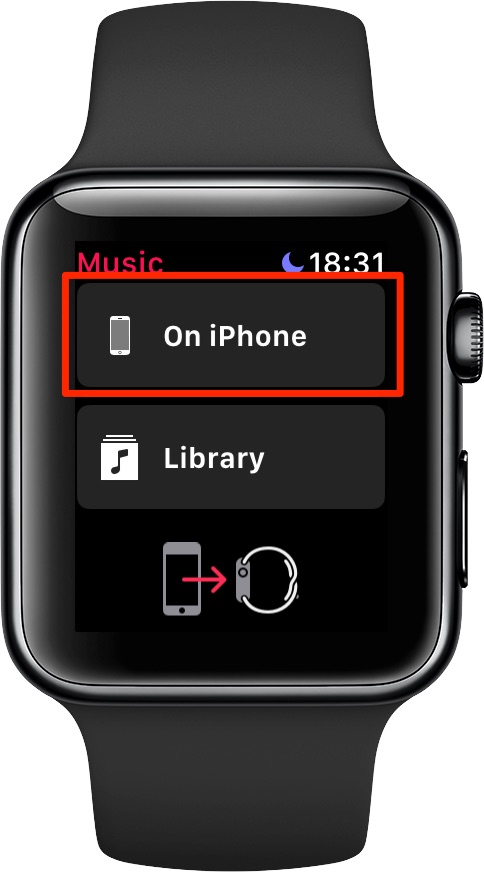 As AppleInsider notes, watchOS 4.3 even appears to fully reinstate media controls lost with watchOS 4, including the ability to love or dislike songs and even delete tracks from a connected iPhone’s library.

Watch Andrew’s hands-on video walkthrough of all the changes in watchOS 4.3 to get a feel for additional feature improvements, like AirPlay enhancements and a vertical Nightstand mode.

The aforesaid “new” feature is very handy for those times when you feel like listening to some music that’s stored on your iPhone but cannot be possibly bothered to transfer tunes over to your wrist due to the excruciatingly slow Apple Watch music-syncing process.

Of course, owners of the new Apple Watch Series 3 with cellular can stream music directly, without a connected iPhone, if they use Apple Music and iTunes Match streaming (however, this feature sadly does not work on GPS-only Series 3 models).

watchOS 4.3 still doesn’t let you search for songs in your connected iPhone’s music catalog by selecting your phone as a source in your Apple Watch’s Music app via a Force Touch shortcut, which used to be supported in previous watchOS versions, like watchOS 3.

Be that as it may, we’re very glad that Apple is bringing back iPhone music library viewing and browsing in watchOS 4.3, and hopefully you are as happy about this change as we are.

TUTORIAL: How to sync music with your Apple Watch

Are you happy that the ability to browse iPhone music library from your wrist is back in watchOS 4.3? And, what’s your approach to listening to music on your Apple Watch?