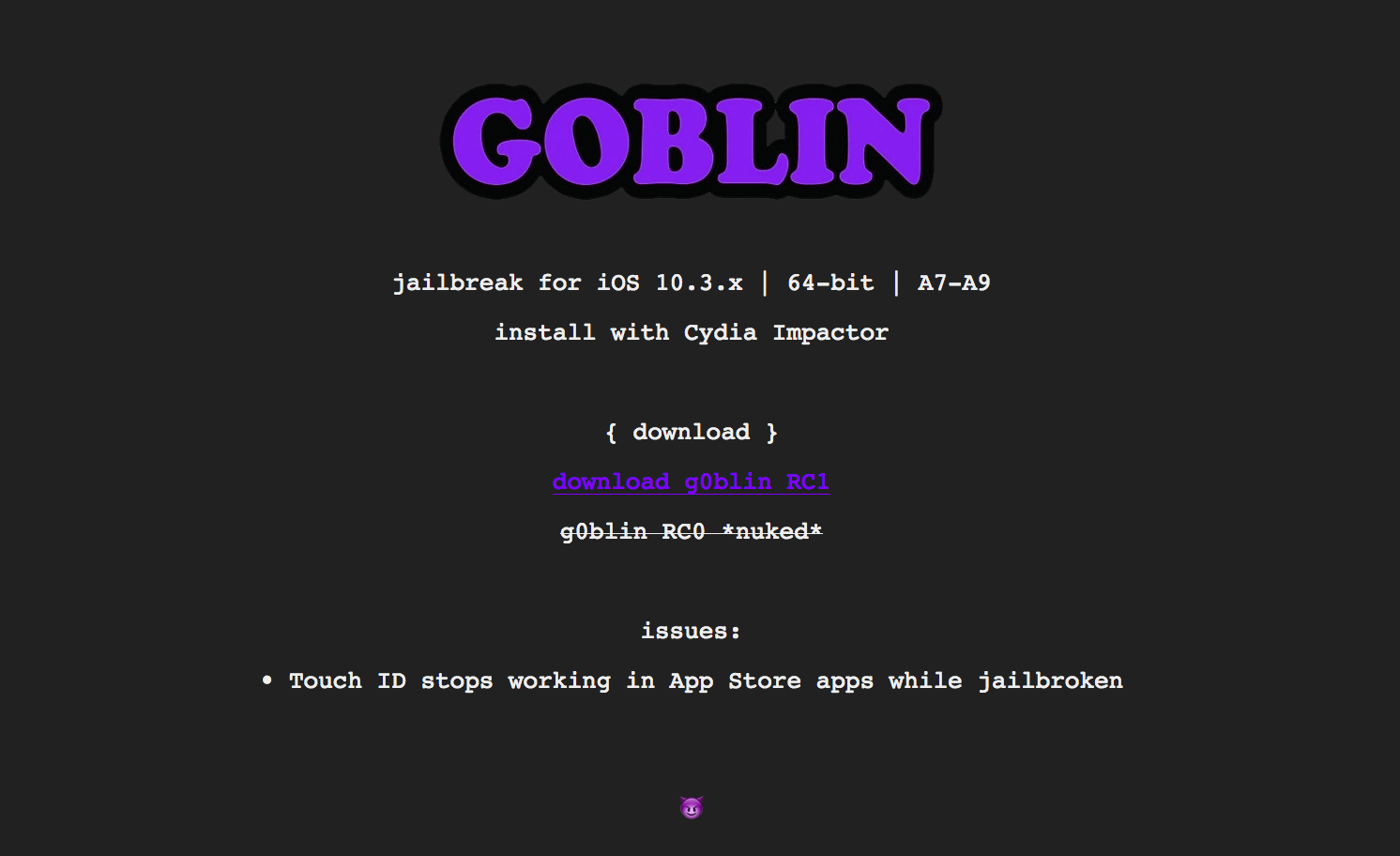 While there’s been a lot of buzz in the jailbreak community lately concerning an iOS 11 jailbreak, some developers have been hard at work on alternative projects. One of those is G0blin, a jailbreak tool made by Sticktron that’s aimed at A7-A9 devices running iOS 10.3.x.

G0blin RC1 was just released just this weekend for public use, and it ties up a lot of the loose ends that were present in G0blin RC0. Although it’s more stable than it was initially, it still isn’t perfect, and you might want to familiarize yourself with its caveats before deploying it.

The most significant issue with the current version of G0blin is that Touch ID doesn’t work for App Store apps when you’re in a jailbroken state. For some, this might be only a small inconvenience; but for others, it could make or break using the tool entirely.

Citing Stickton’s GitHub page, G0blin was born from crowdsourced security research based out of the jailbreak community itself. He credits a bevy of familiar developers and security researchers for bits and pieces that helped make this tool possible.

Like most jailbreaks in recent memory, G0blin is a semi-untethered jailbreak that comes by way of an IPA (iPhone application) file that you can sideload onto your device with Saurik’s Cydia Impactor tool. After it’s installed, you can trust the app on your device from Settings and then access the jailbreak tool to pwn your device.

As for whether you should use G0blin in its current state – that’s ultimately up to you. Personally, I’d recommend waiting a little longer until the initial bugs get fixed, as I consider the Touch ID bug to be a critical flaw. Then again, others may disagree with me depending on how they use their devices.

If you’re on iOS 11, then don’t fret. Ian Beer’s tfp0 exploit prompted the LiberiOS jailbreak for iOS 11.0-11.1.2 and it shouldn’t be long before Saurik completes iOS 11 support for both Cydia and Mobile Substrate.

Will you be deploying G0blin RC1 on any of your iOS 10.3.x devices? Share in the comments below.

Tags A7 A8 A9 Cydia Hack iOS iOS 10
Featured Stories