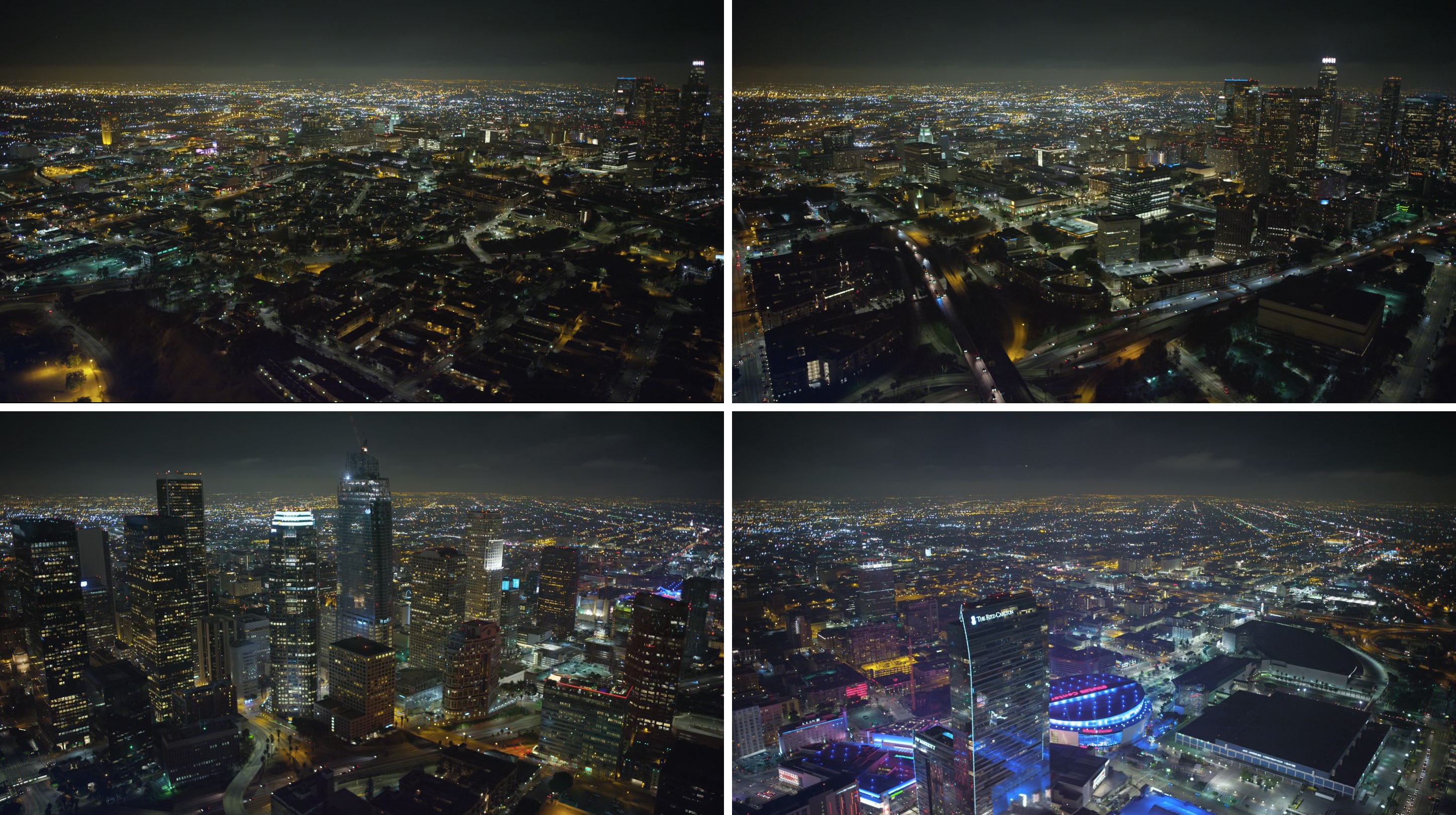 The fresh birds-eye video of the City of Angels at night is available in 4K on Apple TV 4K.

On the fourth-generation Apple TV, the Aerial screen saver is limited to the 1080p resolution. Although Apple has yet to add a crisp 4K version for each and every piece of footage delivered through this screen saver, several scenes are now provided in both 1080p and H.265-encoded 4K variants, including Greenland, Hong Kong, Lisa and Dubai.

Check out the newly added scene in the video embedded below. You’re advised to watch the video on your computer or iPad because the embed code does not work on phones.

For those wondering, Aerial works on both the fourth-generation Apple TV and Apple TV 4K.

By default, Aerial downloads one video per day (each file can be up to 650 MB in size), but you can set it to cache a random video on a weekly or monthly basis, if you’d like.

Apple last updated Aerial content in December 2016 with 21 new drone videos, each of which is embedded for your viewing pleasure in our article.

How do you like the new nighttime scene of Los Angeles? Speaking of which, do you use the Aerial screen saver on your Apple TV?