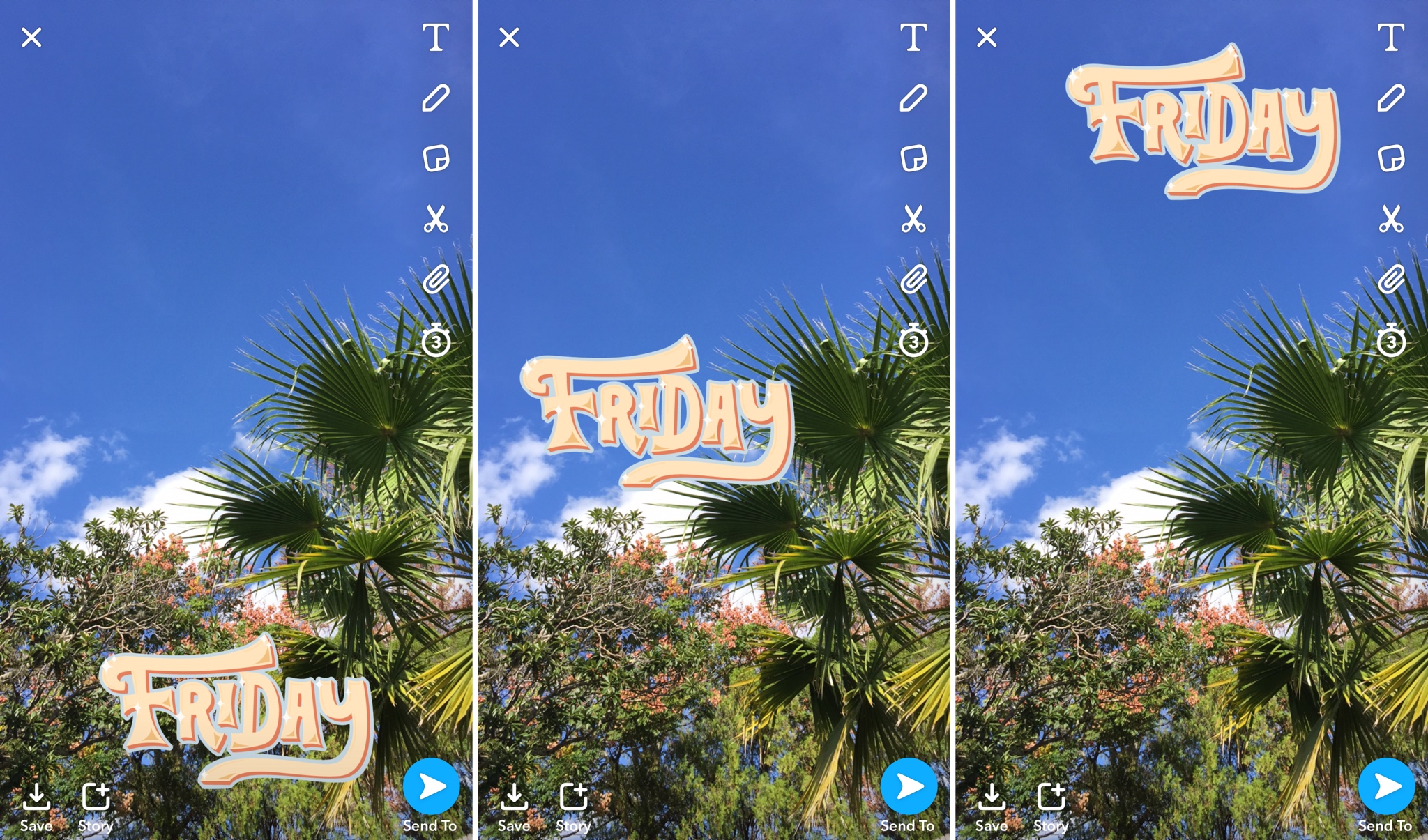 Most Snapchat users are accustomed to the Emoji and Filter features accessible in the app for supplementing your Snaps with further expression. On the other hand, Snapchat doesn’t provide users with as much freedom to move and transform filters as they do with Emojis.

A new free jailbreak tweak called SCFilterMover by iOS developer NeinZedd9 fixes that, giving you just as much filter plasticity as you already have with Emojis.

After installing SCFilterMover, you’ll discover new filter-modifying capabilities. You can both move and re-size them, as shown in the screenshot illustrations above.

Once you apply the filter you want to use to a Snap, you can do any of the following to modify it:

Once you’re satisfied with the position and size of your adjusted filter, you can send the Snap to friends or add it to your Story just as you usually would. Everyone else will witness the modifications you made as expected.

SCFilterMover works with version 10.19.5.0 of the Snapchat app, which is the latest version available in the App Store as of this writing. Notably, Snapchat could patch the tweak in a future app update, which is something be careful of.

If you want to give SCFilterMover a try, it’s available for free from Cydia’s BigBoss repository and works with all jailbroken iOS 10 devices. There are no options to configure after installation.

Do you like having the privilege to modify your Snapchat filters any way you want? Share in the comments section below!