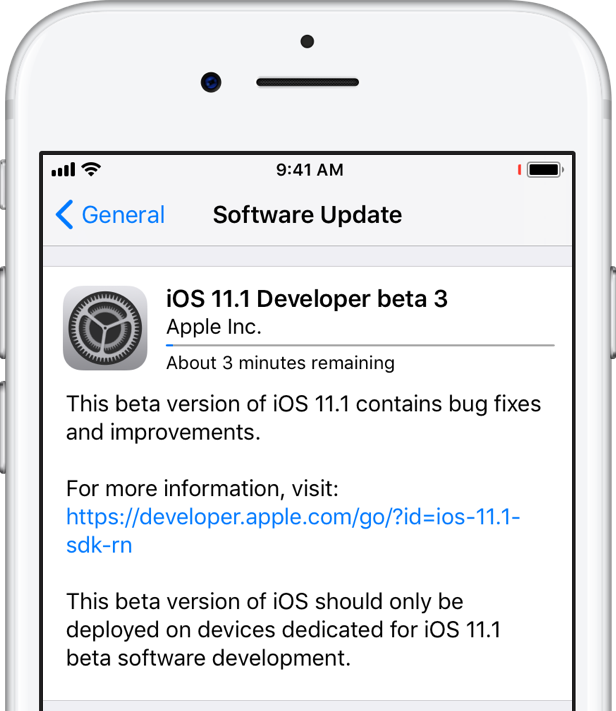 Apple today seeded third betas of iOS 11.1, watchOS 4.1 and tvOS 11.1 to its registered developers and members of the Apple Developer Program.

Beta 2 of watchOS 4.1 introduced a Wi-Fi toggle in Control Center, a feature widely requested by the owners of cellular watches. The first beta of watchOS 4.1 brought with it a few outward-facing feature additions, such as a new Radio app and untethered streaming of Apple Music, Beats 1 and your iCloud Music Library.

We’re installing the new betas to our devices and will report back any noteworthy changes. Feel free to report your own findings by shooting us a message at tips@iDownloadBlog.com or reach out to us on Twitter @iDownloadBlog.