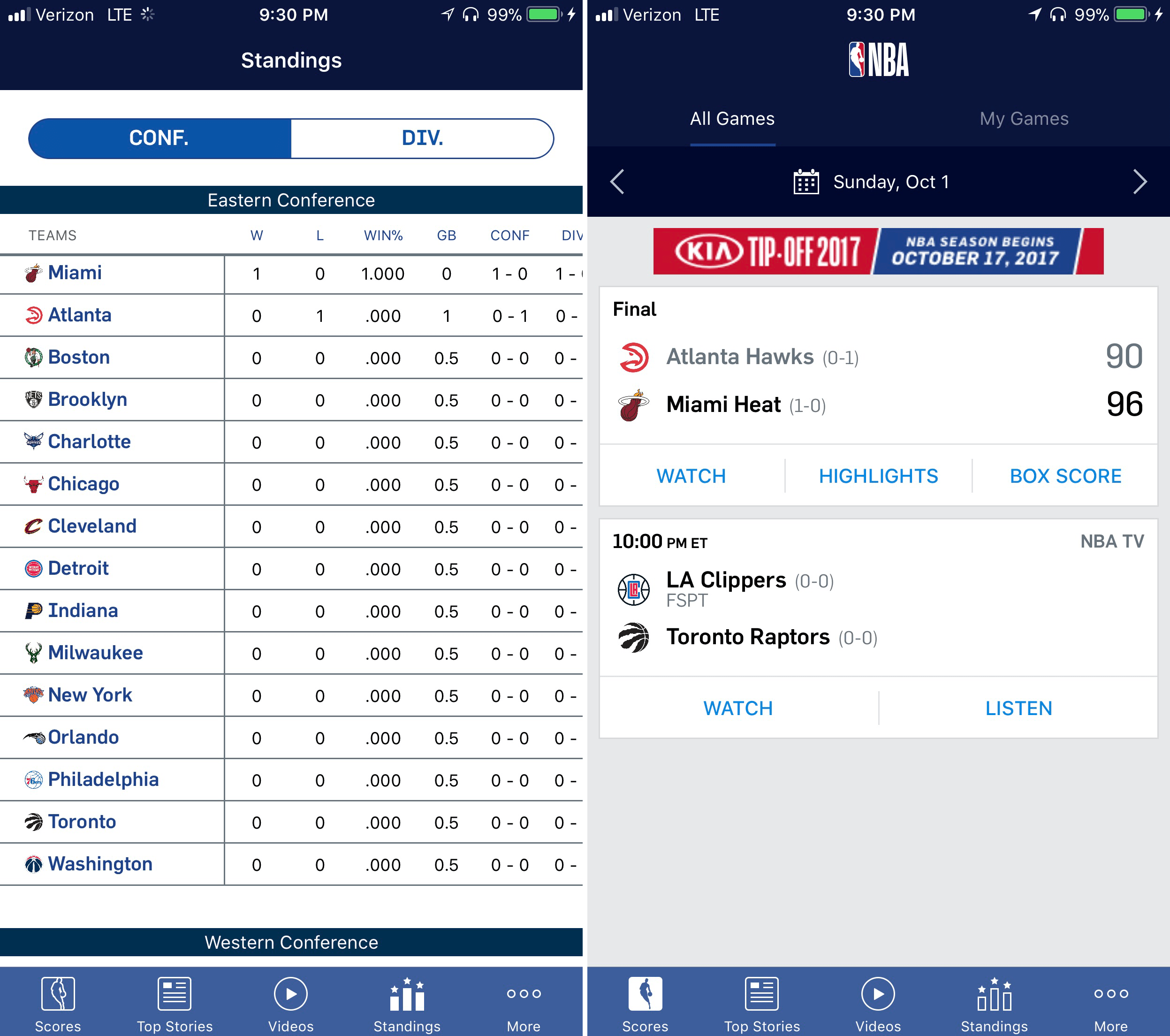 The NBA preseason is underway, and the start of the NBA regular season is coming up soon, on October 17th, when the Warriors take on the Rockets. The NBA app for iOS has been recently updated to prepare for the start of the new season. The new version of the app includes all of the following updates:

NBA League Pass has been slightly updated and refined for the upcoming season. The tiers are as follows:

Allows for access to live games, full game replays, and radio broadcasts for a single team of your choice. This tier is available for $17.99 per month or $119.99 annually.

Allows for access to live games, full game replays, and radio broadcasts for all 30 NBA teams. Also includes access to Classic NBA Games as well as a Virtual Reality experience. This tier is priced at $28.99 per month or $199.99 annually.

Includes all of the features of the vanilla NBA League Pass tier plus In-arena footage during commercial breaks in basketball action. This tier is available for $39.99 per month or $249.99 annually.

The most obvious comparison for NBA League Pass is Major League Baseball’s MLB.TV which is priced at $24.99 for all teams. Subscriptions for both the NBA and the MLB are subject to blackout restrictions which limit your access to local games. Unlike MLB.TV, NBA League Pass also limits its subscriber’s access to nationally broadcast games.

None of these subscription tiers are particularly cheap, but if you are a fan of the NBA, you should definitely give NBA League Pass a look. Whether or not the cost is worth it is a decision only you can make, and we are here to give you all of the information to allow you to make the best choice for you. Regardless of whether or not you decide to subscribe to NBA League Pass, the NBA mobile app is the best way to stay up to date on scores, standings, and news for the 2017-2018 season.

The NBA mobile app is available for free in the App Store.

Are you interested in NBA League Pass? Let us know in the comments below.