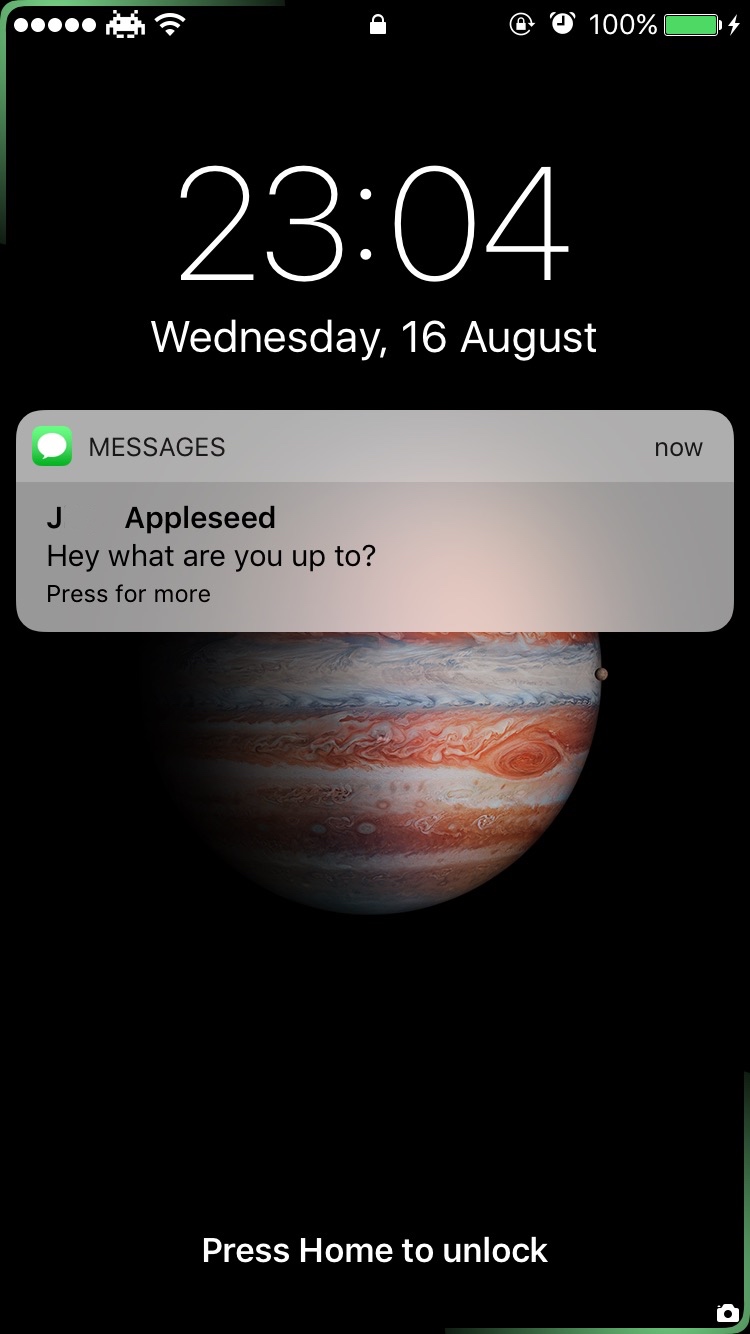 If you’re a fan of the way the notification system looks on Galaxy S8 devices, then you might want to pay attention to a new jailbreak tweak called Edgify by iOS developer NOPTeam.

If the concept sounds familiar, that’s because a free tweak called 3Edgy5Me was just released last week that did the same thing. On the other hand, we’ll show you what sets them apart in this piece.

Just like 3Edgy5Me, Edgify comes with more than one animation to pick from. You can also customize the colors, and the line attributes to match your needs. To personalize the tweak, you can visit the tweak’s preference pane in the Settings app:

All settings are applied on the fly, although you might have to disable and re-enable the tweak to jump-start things after installation. Otherwise, you might not see any changes.

To show you the two different animation styles, we’ve made two separate GIFs to show you below:

For the most part, Edgify has a lot of the same options as the free alternative, 3Edgy5Me. I like Edgify a little bit more because the animations look sharper and because the rounded corners on the Lock screen are more aesthetically pleasing than the pointy ones you’re forced to see in 3Edgy5Me.

Obviously, the effects of Edgify are purely cosmetic, so the tweak isn’t for everyone. Nevertheless, it’s a nifty addition to what otherwise feels like a barebones notification system on the iOS platform that doesn’t stand out from the competition.

If you’re interested in trying Edgify, you can download the tweak from Cydia’s BigBoss repository for just $0.99. Edgify works on all jailbroken iPhones running iOS 10.1 or later.

Are you a fan of these Galaxy S8 animation styles? Share why or why not in the comments section below!