Before you can install the public beta on your Mac, you must sign up for Apple’s Beta Software Program by signing in with your regular Apple ID at beta.apple.com

Once in, click the “Enroll Your Devices” link to download Apple’s macOS Public Beta Access Utility, which lets your Mac receive public beta software via the Software Update mechanism. 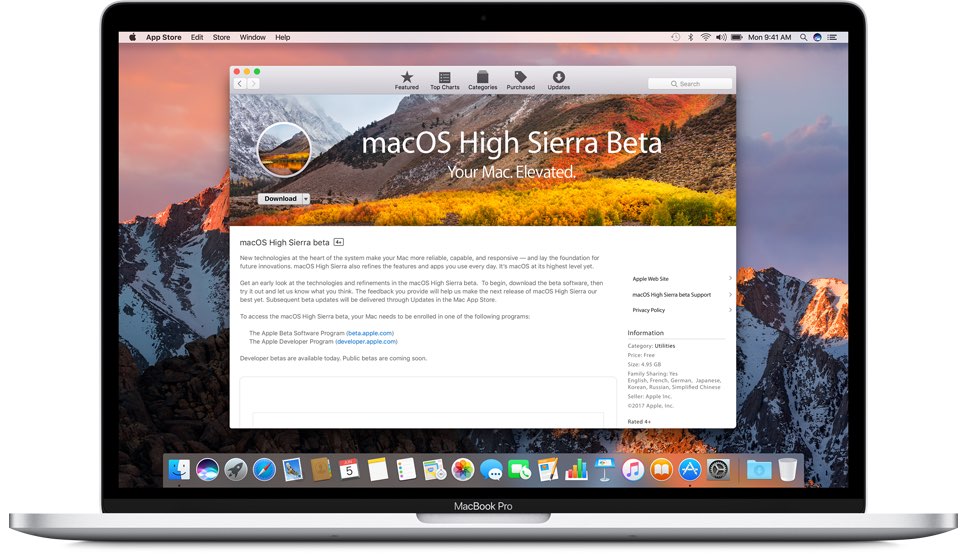 TUTORIAL: How to switch from macOS beta to official release

High Sierra introduces new core storage, video and graphics technologies, as well as an enhanced Photos app with a new sidebar, curve-based editing and support for third-party apps like Pixelmator and Photoshop. Stock apps like FaceTime, Messages and Notes have received a few subtle refinements, too.

Originally released as a developer-only preview at WWDC in June, macOS High Sierra comes with the new Apple File System and packs in support for High Efficiency Video Codec (also known as H.265), an updated version of Metal with support for VR applications and external GPU enclosures, Safari 11 with new anti-tracking features, support for flight status information in Spotlight, more natural voices for Siri and more.

High Sierra will release for public consumption this fall across supported Mac models.