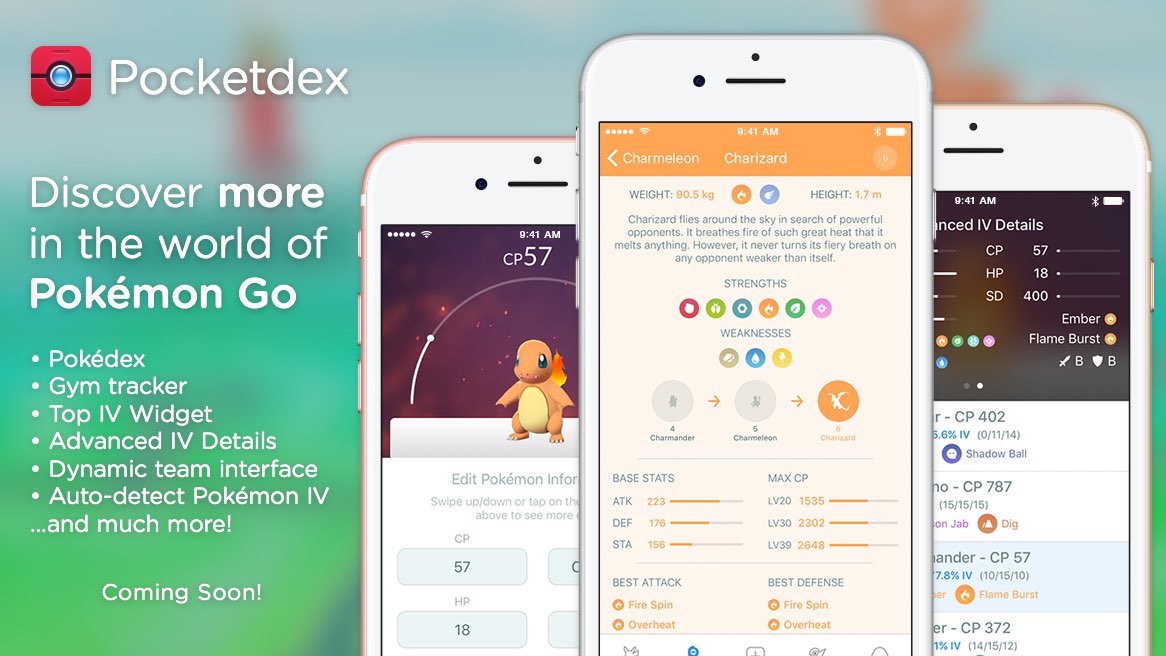 Although fewer people are as excited to play Pokémon GO today as when the game first launched last Summer, it still stands as one of the world’s most popular mobile games.

A new Pokémon GO companion app called Pocketdex is now available on the App Store, and was created with love by two prominent members of the jailbreak community: iOS developer Majd Alfhaily and graphic designer Surenix.

According to the details that were just teased on the developers’ web page, Pocketdex gives Pokémon trainers a way to keep track of gyms and Pokémon stats, among other things.

While there are already several apps in the App Store that let you calculate a Pokémon’s individual value (IV), Pocketdex aims to make things easier with automatic IV detection, advanced break-downs of IV details, and a complementary IV widget.

It appears to offer one of the most user-friendly interfaces out of the competition, and also includes some of the most detailed information. First impressions suggest that it might become one of the better all-in-one apps available to date.

The built-in Pokedex feature will help you determine the best moves and stats possible for each Pokémon so you can pick the best one to keep, enabling you to build a strong Pokémon army. This feature also helps you determine a Pokémon’s weaknesses, which can be useful for gym battles.

Speaking of gyms, the app will also support gym-tracking, which will help you keep track of where your Pokémon are at any given point in time. In the future, following the initial release, Pocketdex will get an update to support gym raids, which were added into the game by Niantic last month, but details about what’s coming in this regard are few and far in between right now.

Are you excited for this companion app for Pokémon GO? Share why or why not in the comments below.