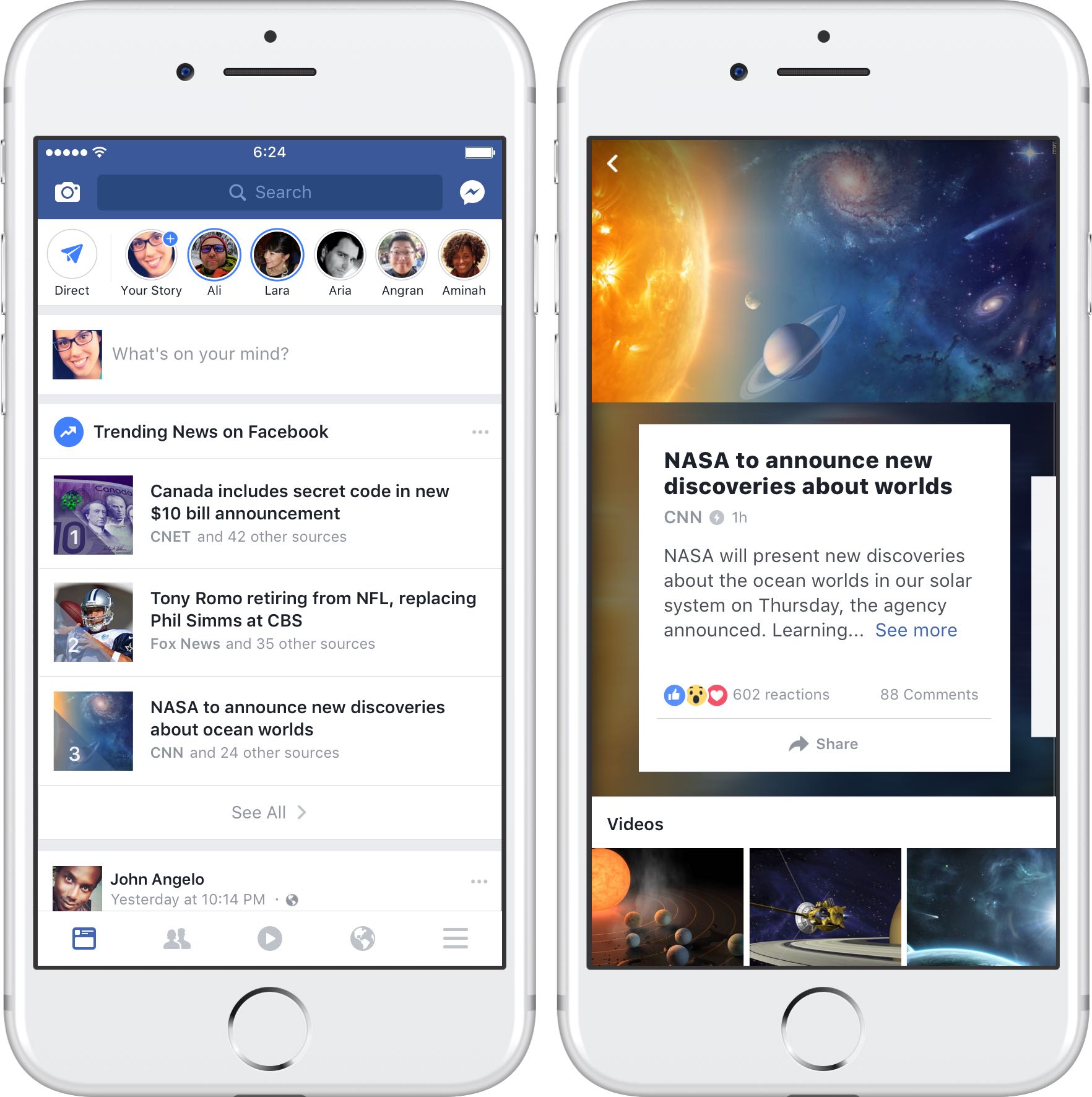 Facebook is working on a new feature to permit users to subscribe to news publications directly from its mainland mobile app. According to a report this morning from The Wall Street Journal, many details remain up in the air as discussions are currently underway.

The company is allegedly leaning toward a model that would let you read certain articles for free every month, before being prompted to pay. There’s a catch: Facebook is said to limit this to the stories published natively through its Instant Articles service.

With that in mind, it may be no coincidence at all that Facebook recently launched new tools to help publishers make their Instant Articles compatible with the Apple News format as well as with Google’s Accelerated Mobile Pages system.

This new functionality could roll out by the end of 2017, sources said. People familiar with the matter pointed out that the upcoming feature has long been requested by publishers.

While users currently can follow different news organizations, the rumored feature would permit them to use their credit card information on file with Facebook to directly subscribe to a news publication and have any subscriber-only content delivered to them through the app.

The development, if true, should pose some additional challenges to Google News platform as more and more people turn to Facebook for their daily news.