Facebook’s updated SDK removes a time and resource-consuming step in publishing on multiple platforms by having the markup publishers use to create Instant Articles automatically generate the code needed to build these other formats.

For instance, any custom formats—things like fonts, colors and captions—that publishers have designed in the Style Editor will now be “closely mirrored” in the other formats.

Developers who attended our Journalism Project Hackathons in New York and London also asked for a way Instant Articles could support other major publishing formats.

Instant Articles debuted as an iPhone exclusive in May 2015.

Rival Google launched Accelerated Mobile Pages in October the same year. Both features aim to make news articles from participating publishers load in a fraction of a second on mobile devices than their non-optimized versions.

Both Google and Facebook want to speed up webpage loading times, especially for users in emerging markets and those on unreliable or slow Internet connections. The faster the page loads, the more likely the user is to actually read the article. And the more news articles users consume on any given day, the more ads they’ll see. 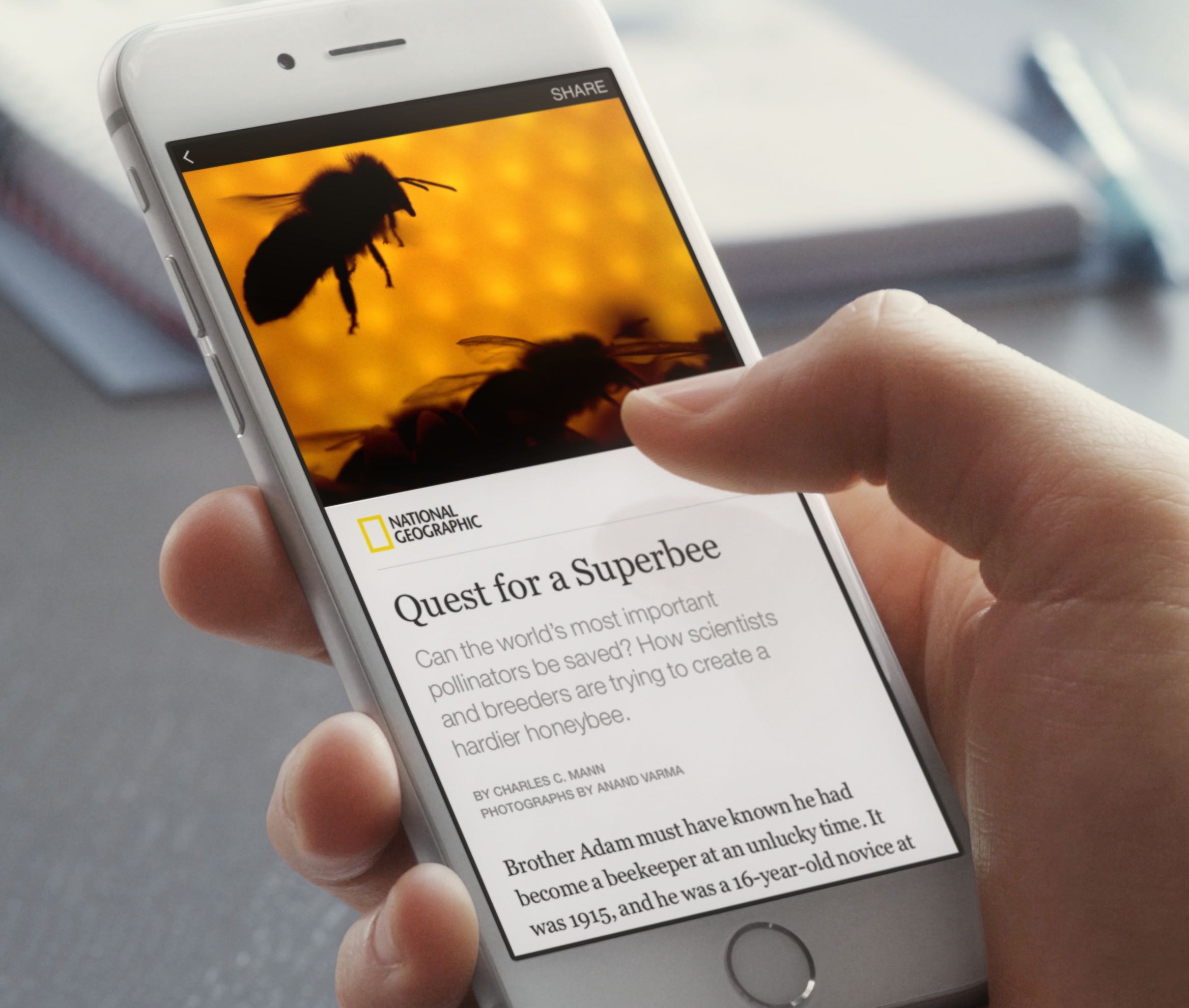 Instant Articles have been criticized for being confined to Facebook’s wall garden and their ad system. As for Accelerated Mobile Pages, Google is giving them preferential treatment in search results, but the implementation leaves a lot to be desired.

While these pages do load significantly faster versus the regular mobile pages, all Accelerated Mobile Pages implement Google’s own scrolling behavior that feels weird on iOS while making it harder than necessary to visit the original article.

The worst thing about Google’s accelerated pages is the fat that they don’t let you use Safari’s clutter-free Reader Mode or the Find in Page feature, available from the Share menu.