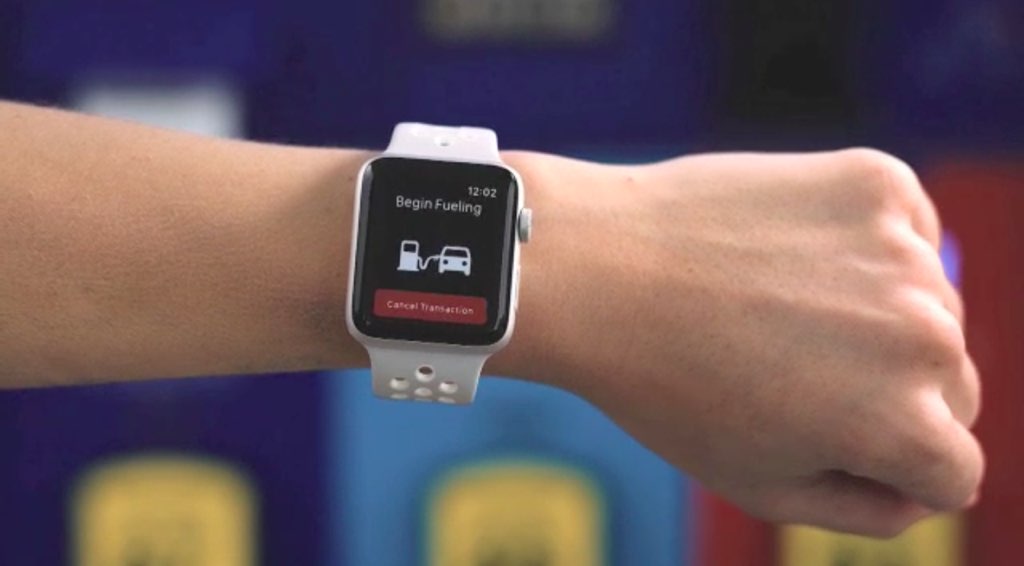 Oil giant ExxonMobil introduced basic Apple Pay support within its mobile Speedpass+ app in March 2016, allowing customers to pay for fuel at approximately 6,000 gas stations nationwide. Yesterday, the company announced that customers can now pay for fuel and car washes using their Apple Watch and Apple Pay at over 10,000 Exxon and Mobil refueling stations across the United States.

Users must launch the Speedpass+ app on their watch and select the pump they’re at to authorize it for payment. Next, press the Side button twice to invoke Apple Pay and approve the payment. You can start fueling up your vehicle.

Other new features available within the app include support for Touch ID app protection and Ford vehicles equipped with SYNC 3 technology to easily authorize payments, making it the first fuel payment connected car app in the United States.

Ford owners can additionally use the Speedpass+ app to check how much fuel is left in the tank when they are away from their car. Customers even have the option to apply for an ExxonMobil-branded credit card issued by Citibank from inside the app.

Once your application has been approved, the card will be automatically added as a payment option within the app, and you can start using it right away. For a limited time, new accounts shall receive a savings of 20 cents per gallon for the first two months, then six cents on every gallon after that, the company said.

ExxonMobile Speedpass+ for iOS is available for free on App Store.