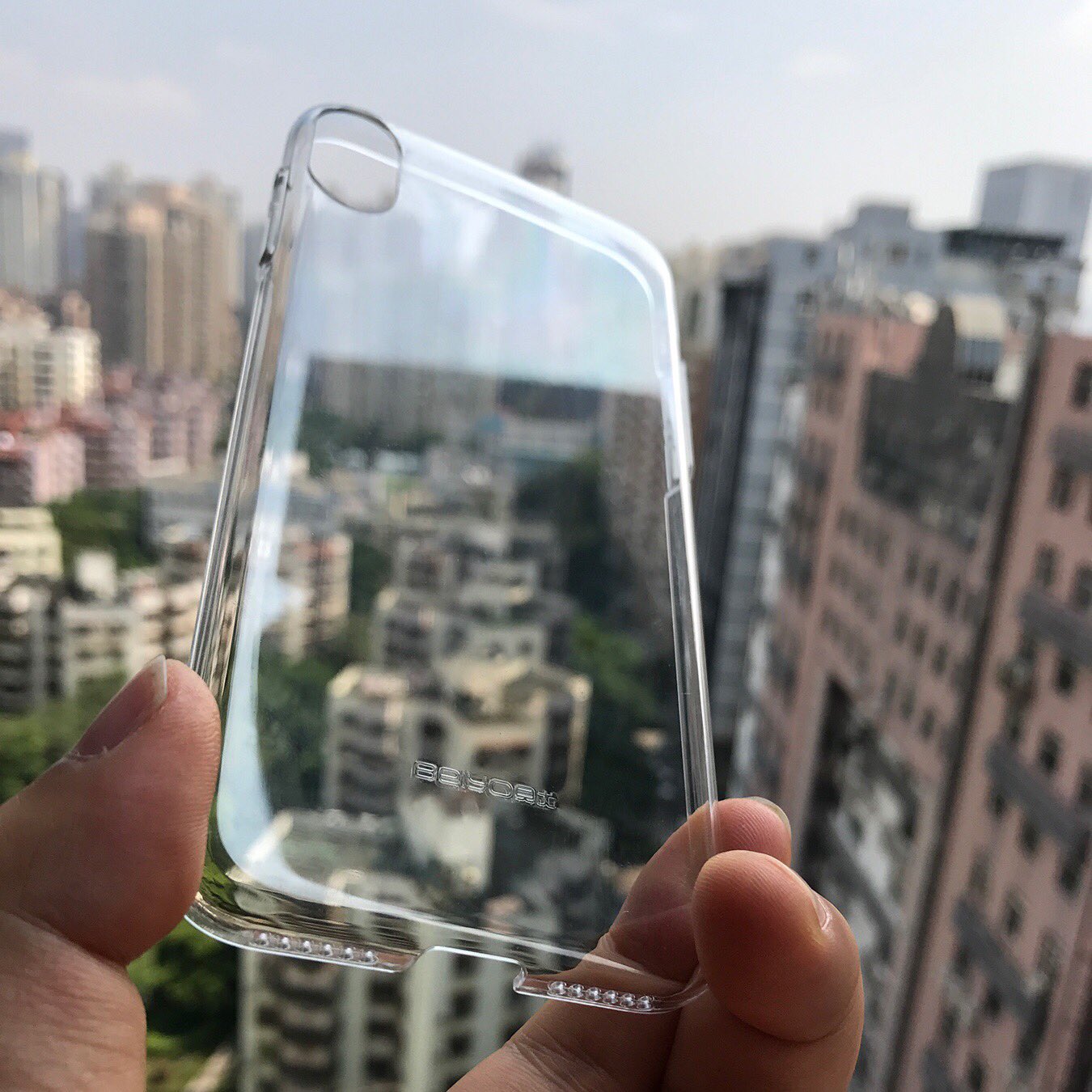 This morning, Twitter account KKSneakLeaks posted an image of what appears to be a protective clear case for iPhone 8 created by Chinese manufacturer Beyond. The case is most likely based on leaked iPhone 8 schematics, alleged technical drawings, claimed production diagrams and CAD models.

As such, it may not be accurate at all. Be that as it may, the case features a cutout on the rear side for a vertically aligned dual-camera system while suggesting a front-facing Touch ID and pebble-like design.

The image also suggest an elongated power button (some people have suggested that Apple could integrate Touch ID into the power button), no cutout on the backside for Touch ID that we have seen in recent leaks, the physical size roughly matching that of a 4.7-inch iPhone and, of course, glass sandwich design that should be held together by a stainless steel frame.

Case makers often create moldings based on leaked technical drawings and schematics that are not always accurate, hoping to get the leg up on their competitors.

ETNEws claimed in March that iPhone 8 would feature a water drop look with rounded curves on both its front and back like the original iPhone model.

ETNews’ sources said that iPhone 8 would use a rear case made entirely of three-dimensional glass. “This glass case is a curved wall surrounded by four sides,” an industry official said.

The rear curve of the device was described as being slightly gentler and a bit rounder to give the device’s top, bottom, left and right edges deeper curves resembling the original iPhone.