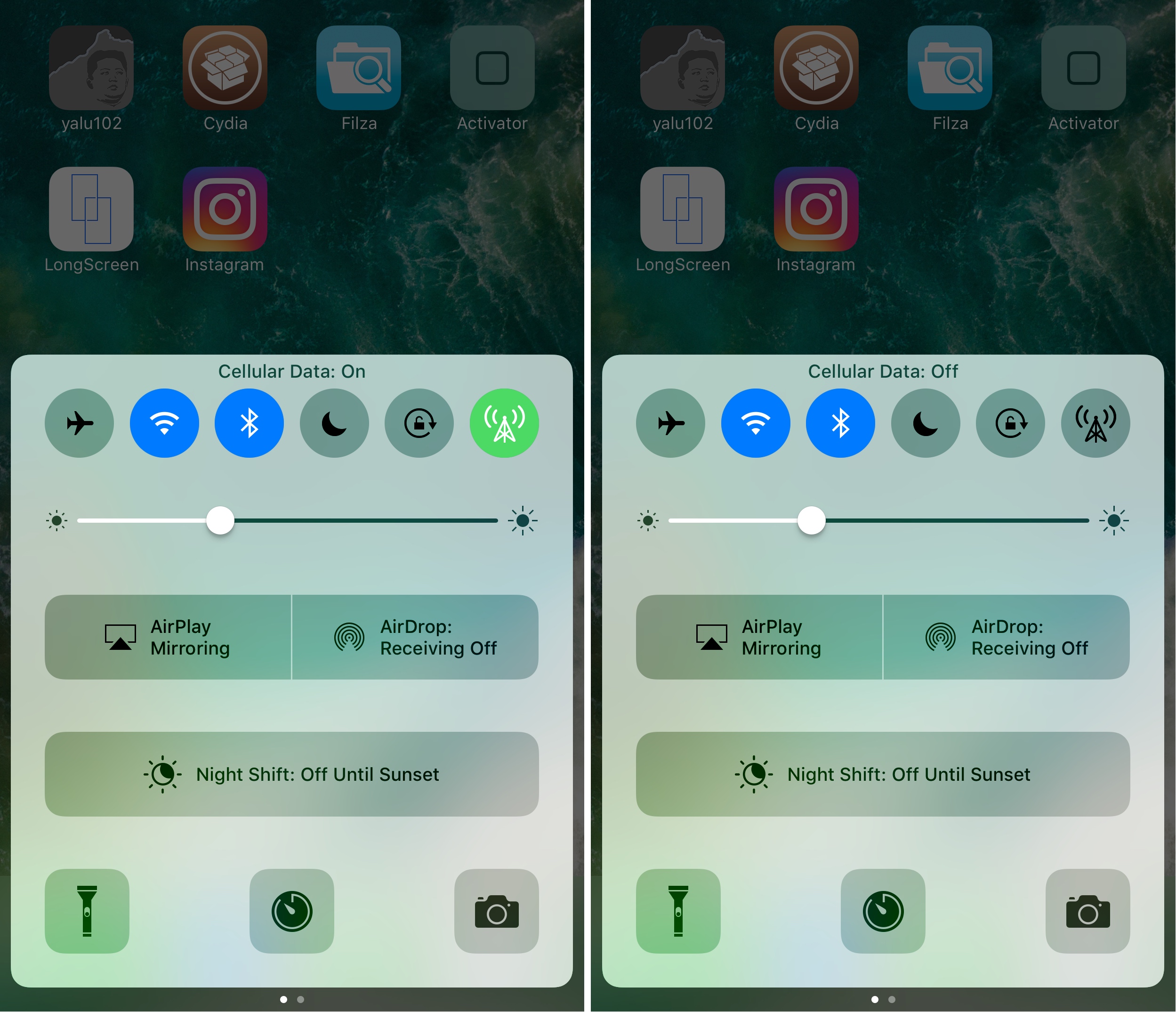 Apple really doesn’t make it easy to toggle cellular data on or off apart from using Airplane Mode. Your only other option is to dig through your Settings app to find the cellular data preference pane, which is intrusive when you’re already in another app or doing something else.

Because Control Center is easy to access from anywhere in iOS, CCDataMore lets you quickly toggle cellular data off without the hassle of other methods, such as having to navigate through the Settings app or use Airplane Mode; the latter also happens to kill Bluetooth and Wi-Fi in the process, making it a less convenient option at times.

The developer didn’t stop there either; he even added 3D Touch support to the toggle button. This means you can firmly press on the toggle button to see individual options for toggling separate cellular radios on your device, including 2G, 3G, and LTE: 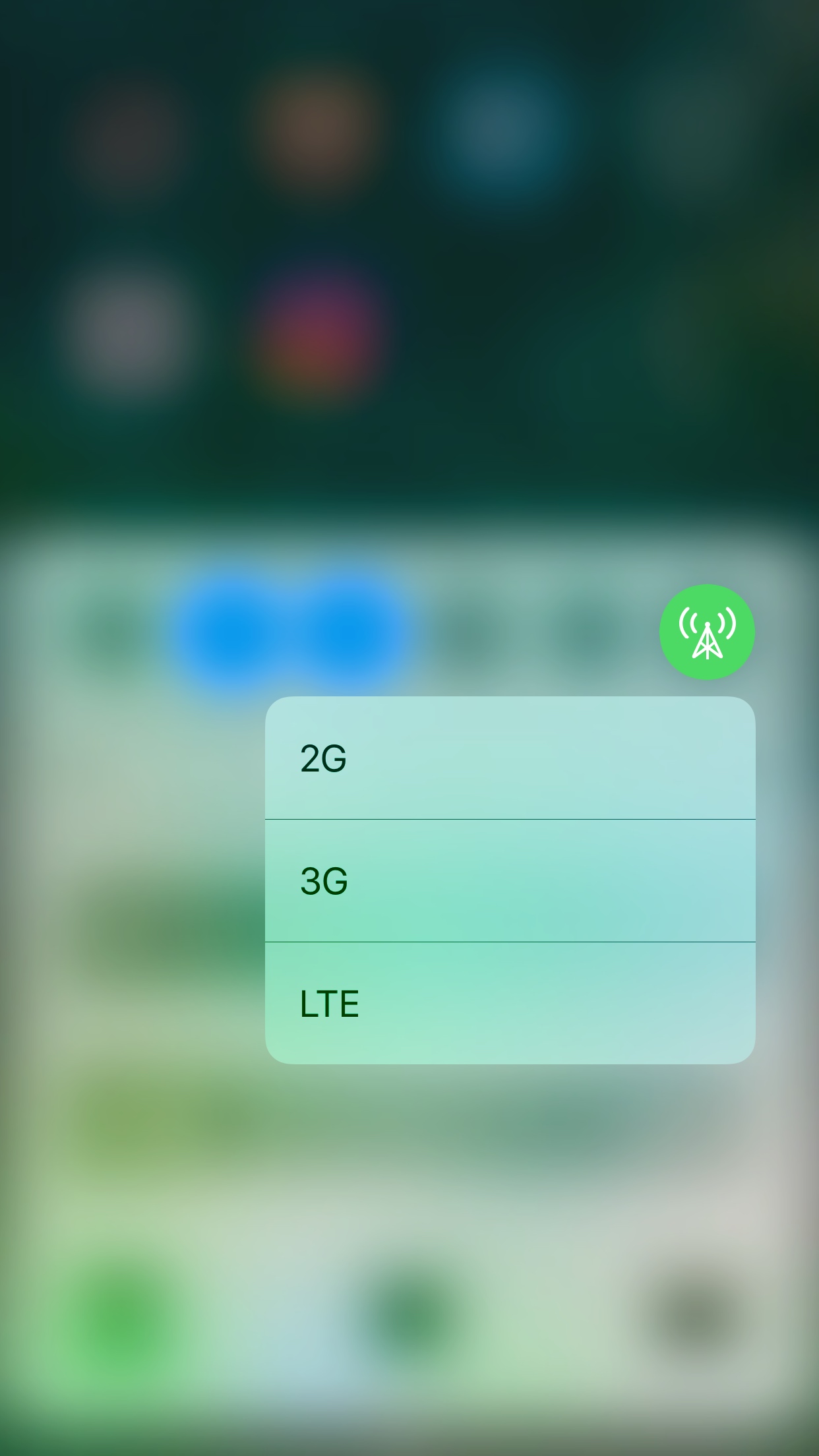 The 3D Touch shortcut being baked into the cellular data toggle is reminiscent of a tweak called Wormhole, which adds even more 3D Touch-based shortcuts to Control Center that can be configured to your liking.

Even if you don’t have 3D Touch capabilities, you can use the Peek-a-Boo tweak to simulate the gesture and access these features regardless. Peek-a-Boo isn’t available on the default Cydia repositories, so to get it, you have to add the following to Cydia:

CCDataMore is both a fully-functional toggle button and a great visual addition; it gets colored just like any of your other buttons when toggled on or off. Moreover, if you’ve come to like tweaks that theme the Control Center UI, like Noctis, then you’ll be happy to learn they’re compatible with CCDataMore and they look great together.

If you want to give CCDataMore a try, you can download it for free from Cydia’s BigBoss repository. The tweak is compatible with jailbroken iOS 10 devices that have cellular data capabilities.

Do you like the idea of having a cellular data toggle button in Control Center? Share your thoughts in the comments section below.