Apple is putting the final touches on its new campus in Cupertino, called Apple Park, and drone pilot Duncan Sinfield took his Inspire 1 Pro to the skies and flew it above the 175 acre site at night. Apple is expected to being moving in employees this month, a process expected to take six months during which time the company will be completing landscaping and other work at the site.

Here’s a gorgeous night shot of one of the secure research and development facilities. 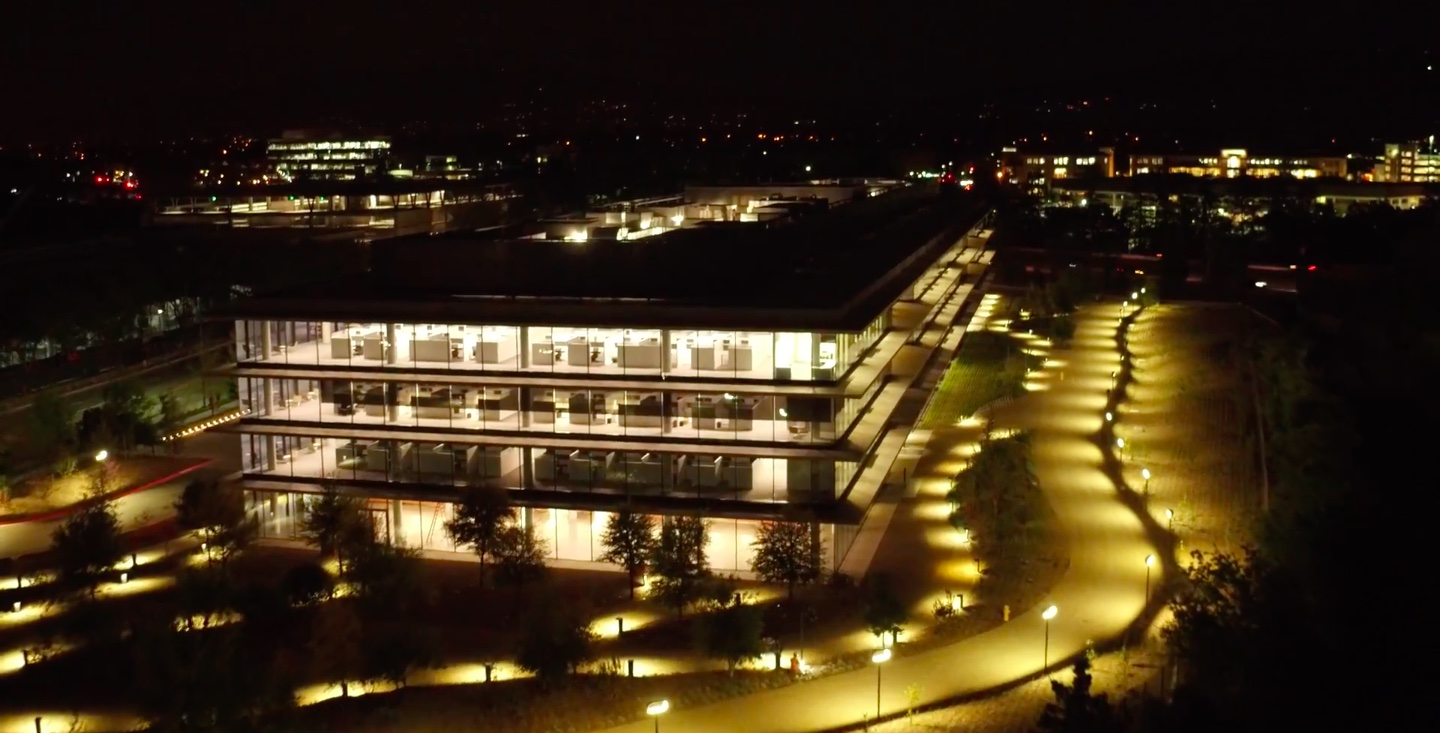 Sinfield also took his drone close to the main building.

You can literally see workers moving wooden crates with furniture around. Office chairs and tables are already set up in some of the wings. Of note, certain sections of the building have been open to some employees since the beginning of April. 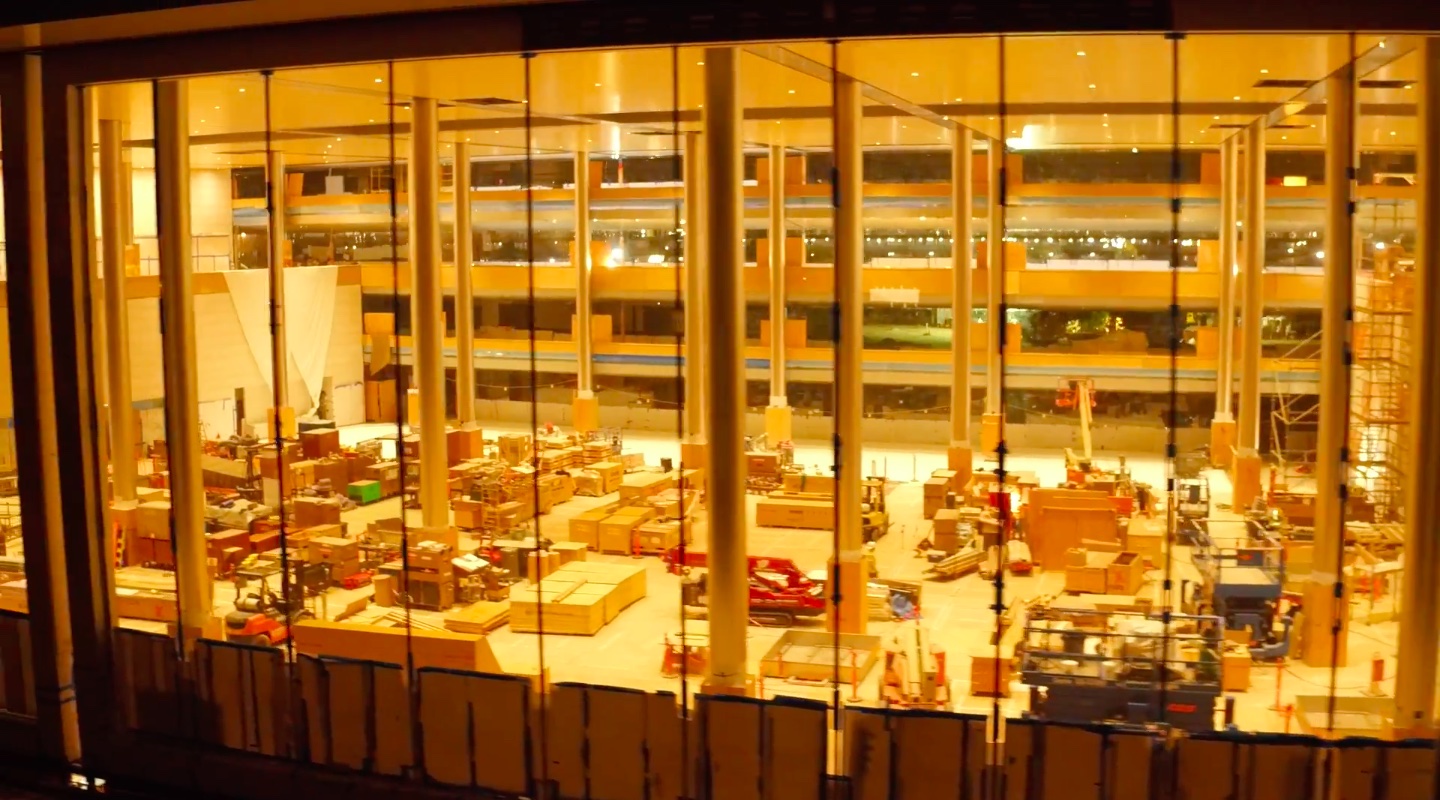 Apple will begin moving in employees later this month.

The main ring-shaped structure files as the biggest office building and corporate campus in the world, ever. Among the features of Apple Park is a massive 1,000-seat underground auditorium.

This is what it looks like, but that’s just the above-ground structure that’ll host a glass staircase spiraling down into the main underground auditorium. 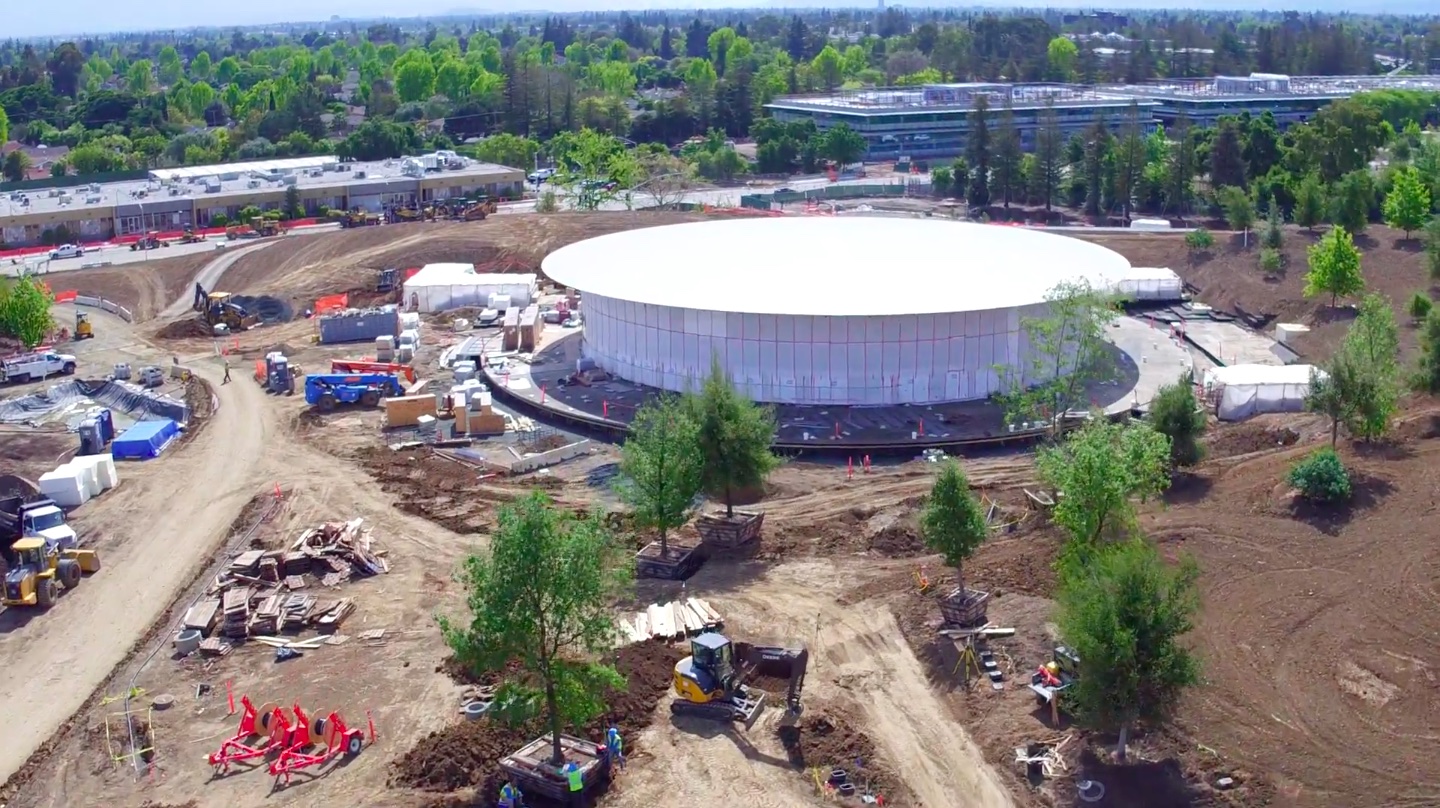 And here’s a shot from above. 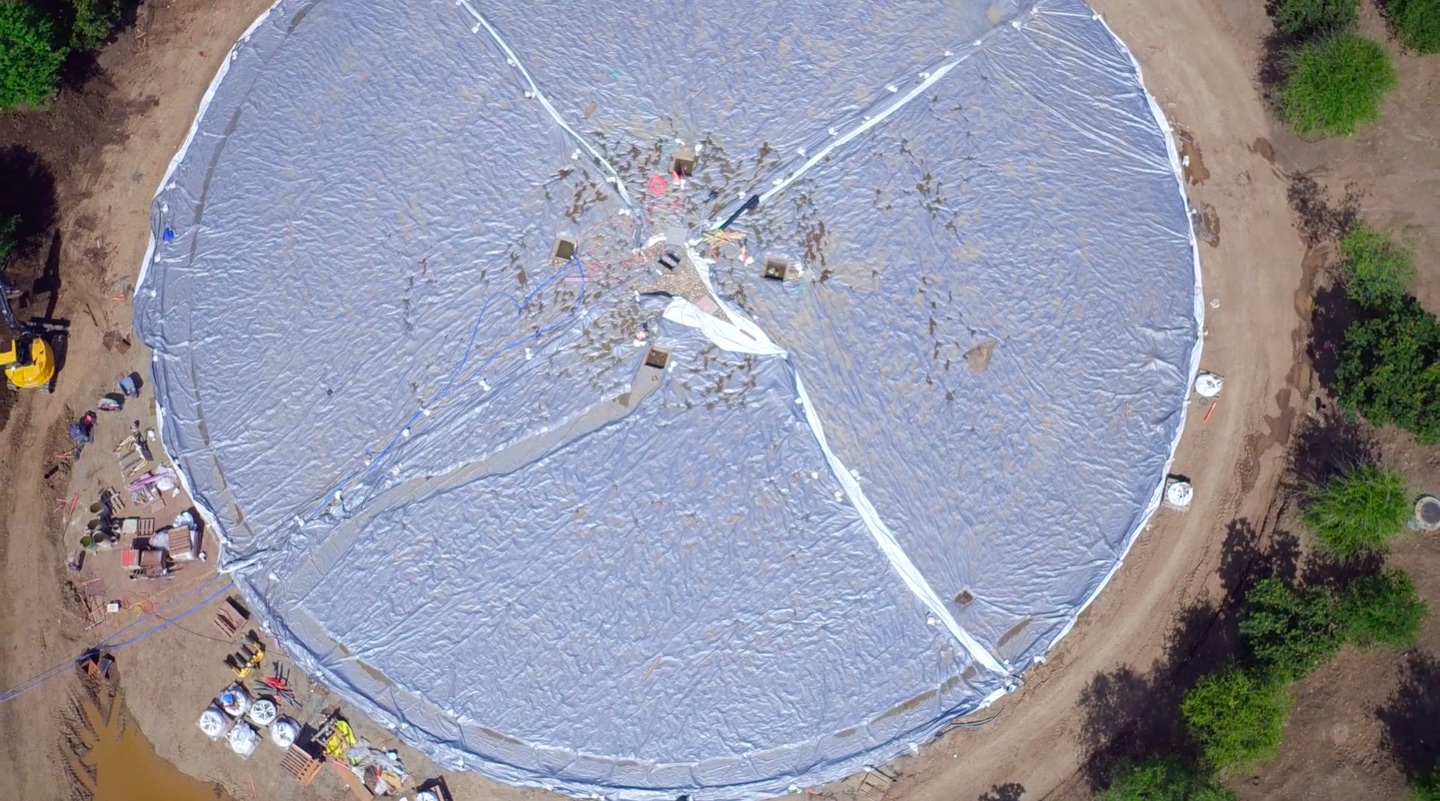 Named the Steve Jobs Theater as a way of paying tribute to Apple’s legendary co-founder and late CEO, it will be the default venue where future press and corporate events will take place.