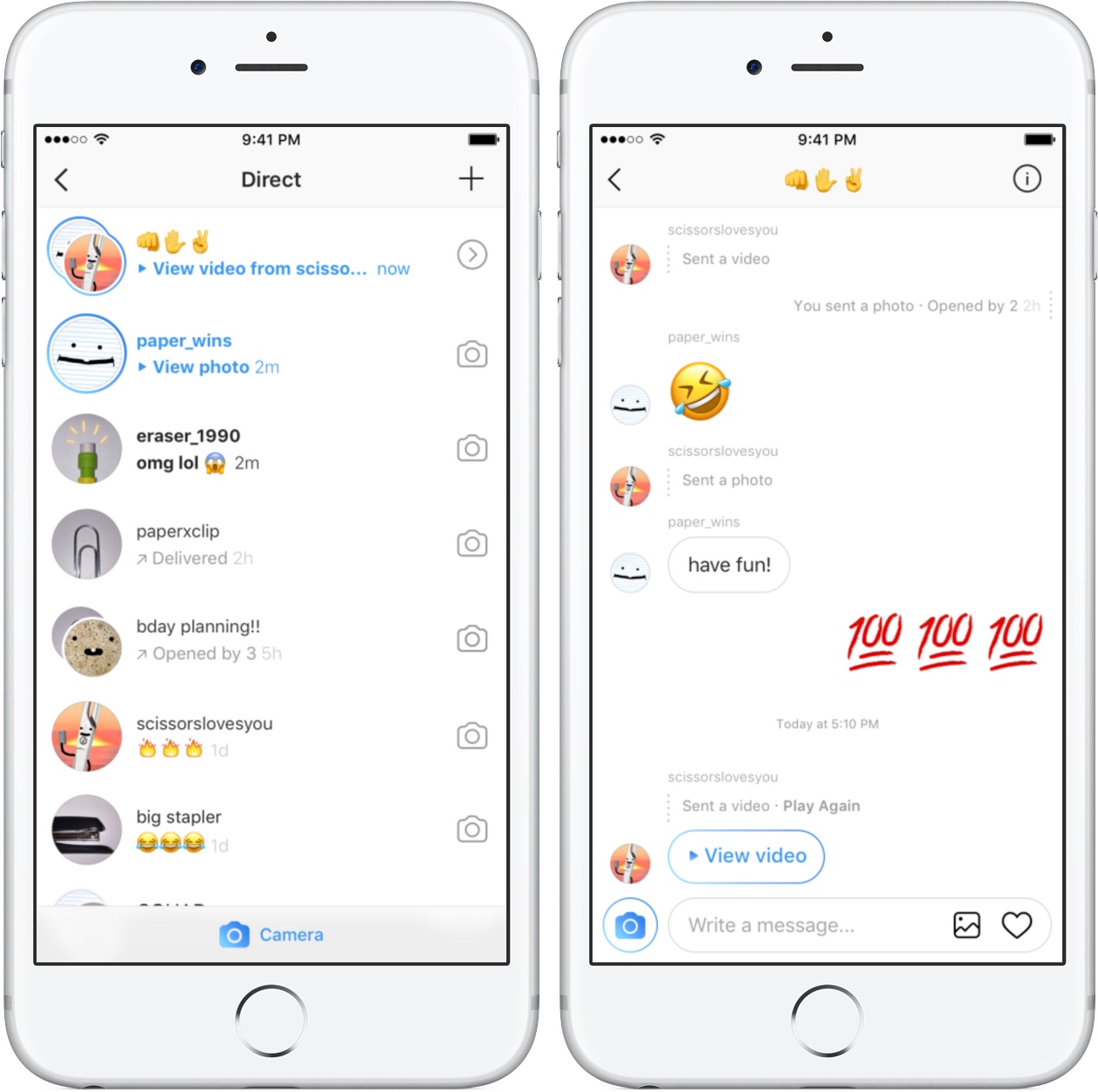 Photo-sharing service Instagram today announced an update for its direct messaging feature, called Direct, which now combines auto-dissapearing photos and videos along with your text conversations in a single thread. Previously, disappearing photos and videos were separated under their own Stories bar at the top of the Direct section. A redesigned Direct feature is rolling out today via Instagram’s version 10.16 update.

“Texts and reshares will now appear in the same thread with disappearing photos and videos so you can seamlessly go back and forth with your friends,” says the company.

Instagram’s video seen below shows off the new Direct feature in action.

To send a disappearing photo or video via Direct:

1) Swipe left into Direct and tap the new blue camera icon at the bottom to take a disappearing photo or video, or tap the blue camera icon in an existing thread. Like before, swiping right from the feed will take you directly to the camera.

2) Tap the arrow to send it to individual friends or groups of friends.

3) Keep track of who has seen your message through notifications within the thread. 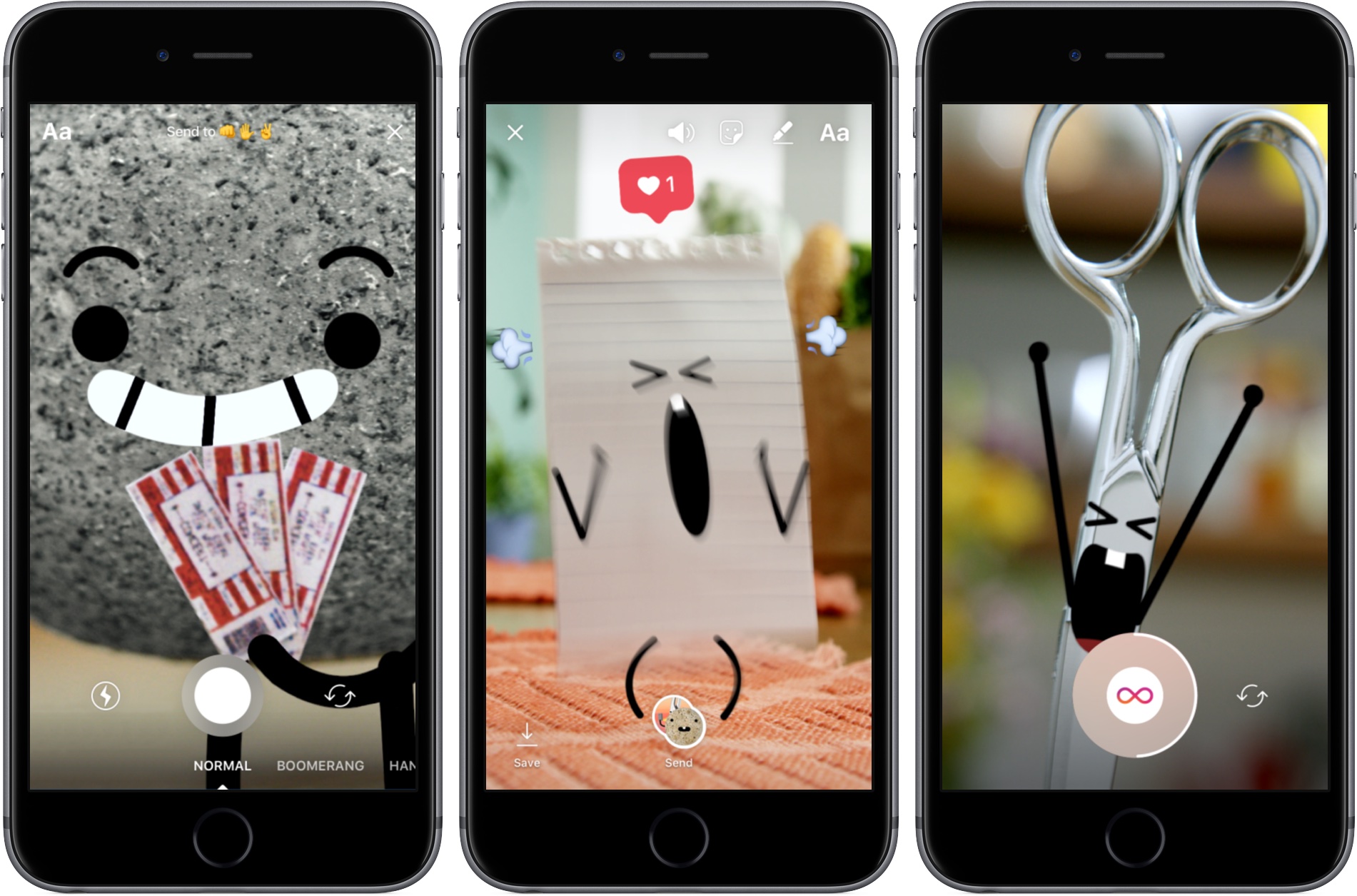 The company says the number of people using Direct has grown from 300 million in November 2016 to 375 million.

To learn more about the new Direct, check out Instagram’s Help Center.