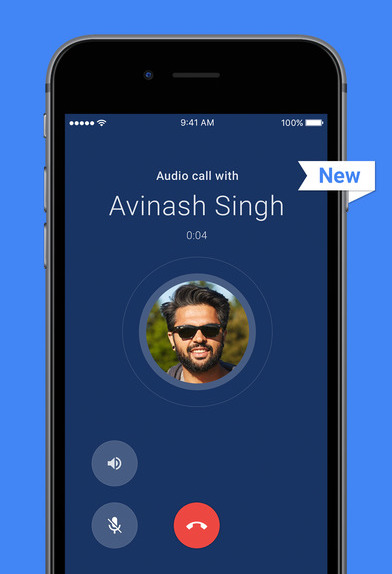 Google announced during its Spring event in São Paulo, Brazil that audio-only calls would be coming soon to Duo, its one-to-one video calling app for iOS and Android. Today, the company pushed a small update to Duo for iPhone that enables this feature (which first rolled out to users in Brazil) for everyone. Available free of charge on App Store, Google Duo version 9.1 brings out VoIP audio calling along with unspecified bug fixes and product improvements.

Audio-only calls are great for those times when you have low bandwidth or poor signal.

Google’s created the feature to conserve bandwidth and be reliable on slow connections without eating up too much of your mobile data. Audio-only calls should be especially useful in situations when you’re, say, about to hop on a crowded bus but don’t want passengers to see the person you’re video-chatting with.

The app was announced at Google I/O in May of 2016 as Google’s answer to FaceTime and released on App Store and Google Play Store in August 2016.

For starters, the app lacks support for iOS 10’s CallKit. Without CallKit, you need to acknowledge a notification and then unlock your iPhone to answer a call. Perhaps more important than that, the app still needs group video calling (just like Apple’s FaceTime).