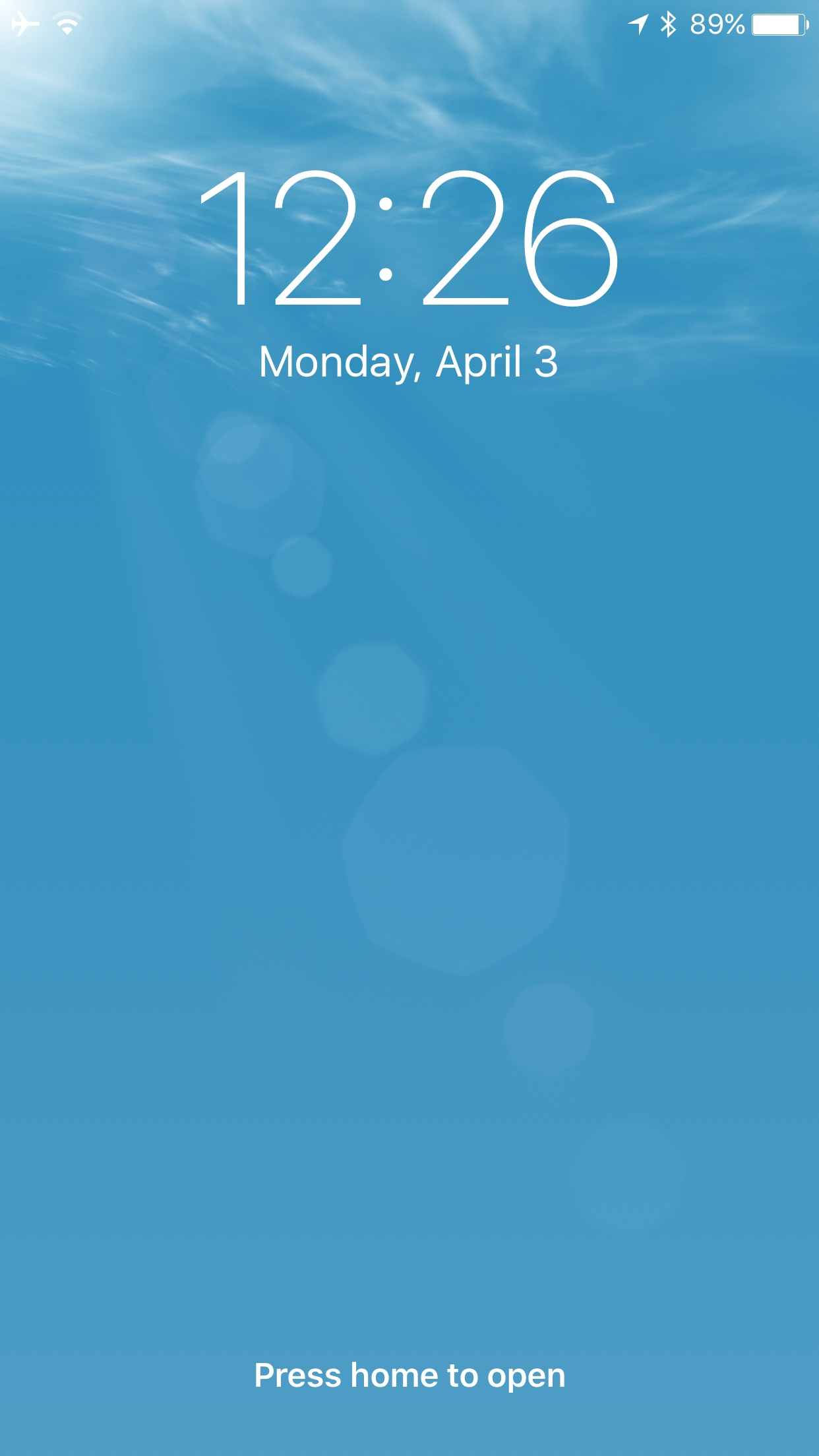 The Lock screen is a user interface you see countless times on any given day. And because you see it so many times, you want the wallpaper on your Lock screen to look appealing instead of just plain, and that’s where a new jailbreak tweak called WeatherLock by rainwolf is going to receive some cheers.

This tweak replaces the Lock screen’s wallpaper with the same animated weather backgrounds that normally appear in the Apple’s Weather app on your iPhone.

If this concept sounds familiar, that’s because it is. A tweak called WeatherBoard brought this kind of functionality to jailbroken devices previously, but it hasn’t yet been updated for iOS 10, which pretty much explains why WeatherLock was conceived.

After you install WeatherLock, you can enable the tweak from the preferences pane in the Settings app: 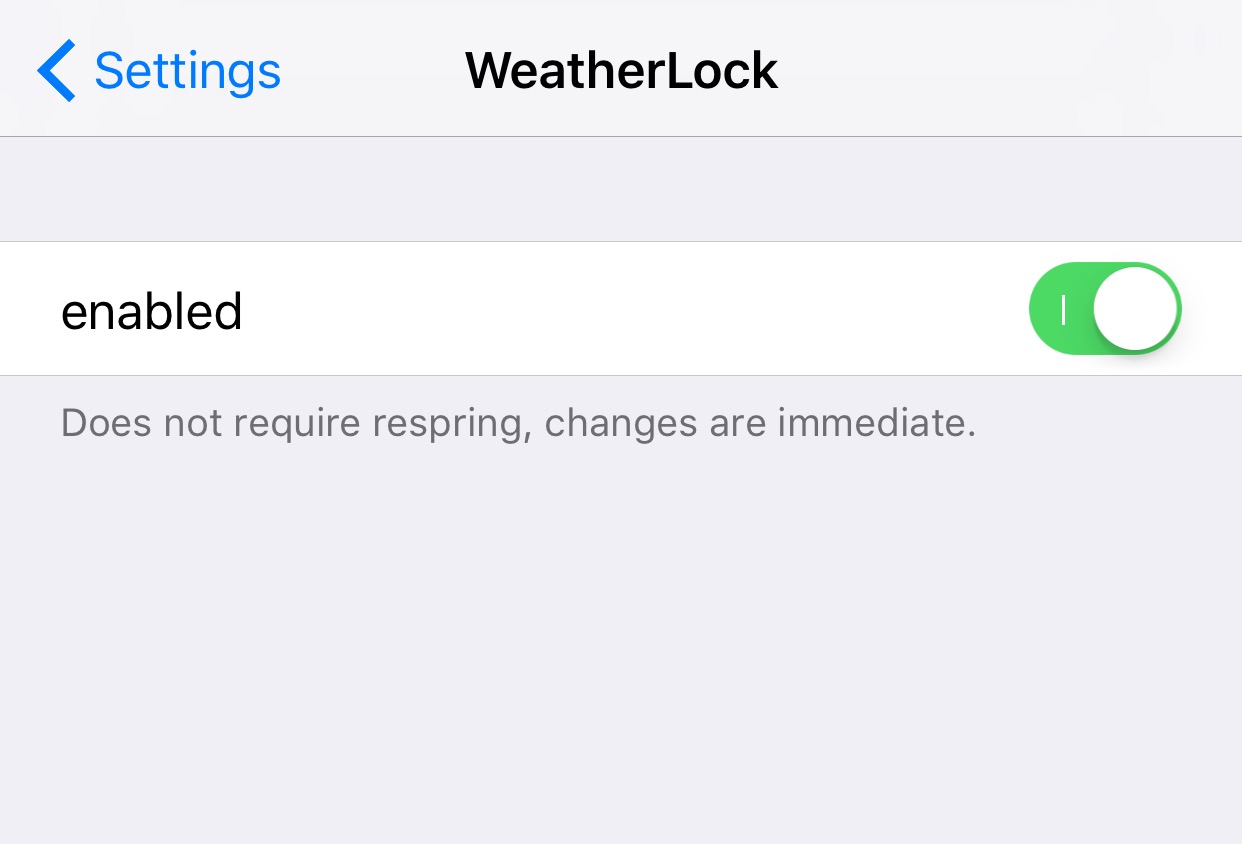 There’s no need to respring your device after toggling the tweak on or off since your changes happen in real time.

You will also need to enable location services for the Weather app because WeatherLock will only grab wallpaper images from the weather information of your current location. That said, you can’t set a custom location in the Weather app and hope that the tweak moves the weather background from that location to your Lock screen, because that won’t work.

You can enable location services for Weather if you haven’t already under Settings → Privacy → Location Services → Weather.

Weather animations are going to change from time to time depending on the weather outside, which makes these backgrounds great alternatives to wallpapers for the Lock screen. You get plenty of diversity; you might wake up one morning to a blue sky with clouds and sun rays, and then wake up another to darkened skies with lightning strikes, which in my opinion, is pretty sweet!

Even better, you don’t have to worry about excessive battery drain because the tweak is energy efficient and uses Apple’s own dynamic background methods and location fetching to get the job done.

You can grab WeatherLock for $0.99 from Cydia’s BigBoss repository. The tweak will work on both jailbroken iOS 9 and 10 devices.

Do you find it more interesting to have an animated weather wallpaper on your Lock screen instead of a static image? Share in the comments section below.