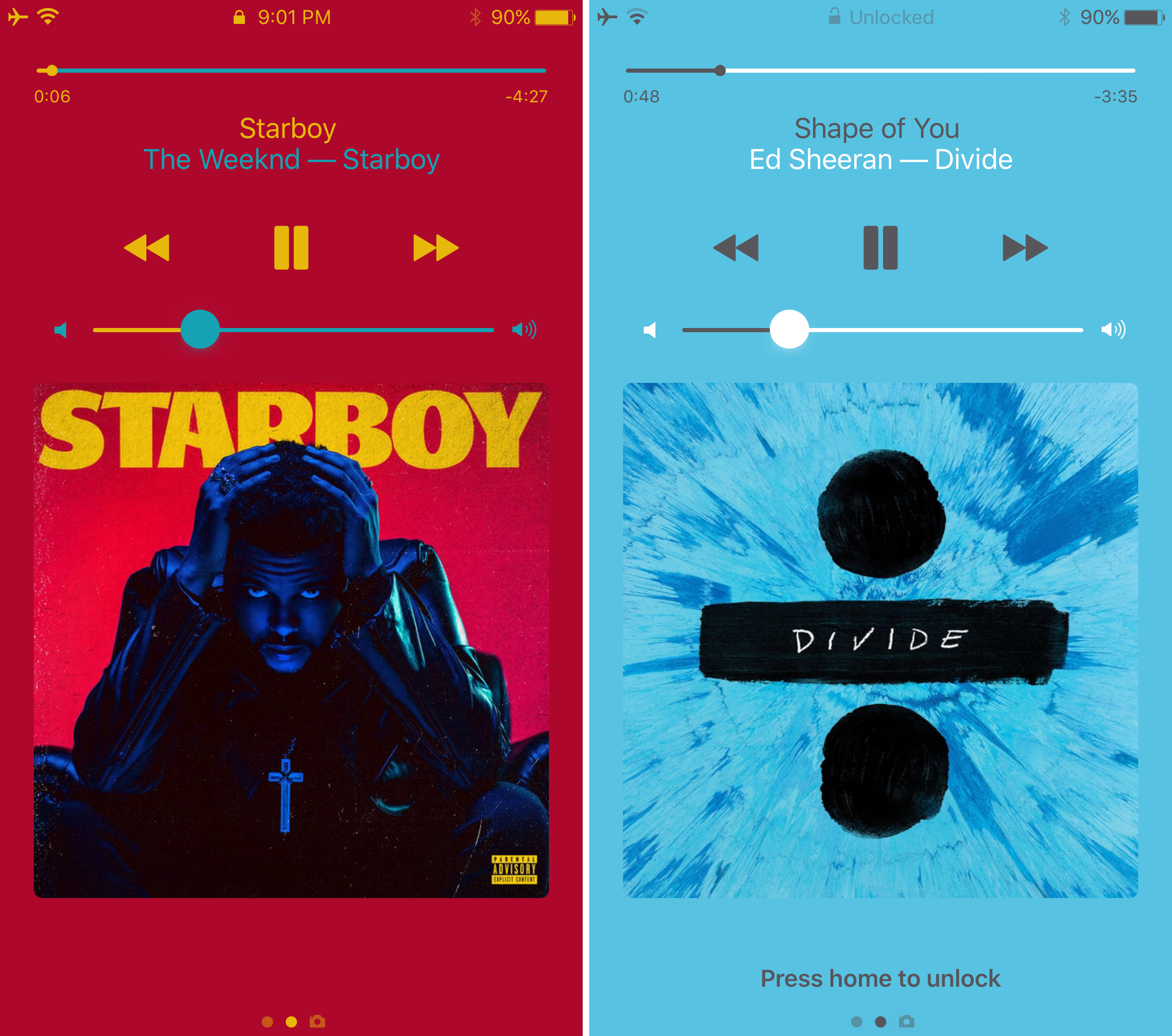 It was just last week that we showed you a unique tweak for jailbroken devices called Spin10, which redesigned the look and feel of the Now Playing interface on the Lock screen, giving it a circular and colorful look and feel that made it feel much more modern.

On the other hand, another jailbreak tweak that changes the appearance of the Now Playing screen by colorizing it based on the dominant color of the album artwork dubbed ColorFlow 3 by David Goldman is also available in Cydia as of this week.

The tweak offers a nice touch for anyone who listens to a lot of music; it changes the way your Now Playing interface looks depending on what you’re listening to, and since this is a screen you’re likely to see a lot if you listen to music often, it’s always nice to change it up from time to time.

Shown above, the tweak changes not only the background, but also smaller details across the interface, including the sliders, text, and Status Bar icons to match the album art’s strongest colors.

It’s also worth noting that ColorFlow 3 doesn’t just work its magic on the Lock screen; it also does so from inside the Music app itself, so the effects are noticed on a systemwide scale.

Even if you’re not using the stock Music app that comes on your iPhone or iPad, ColorFlow 3 is also fully compatible with the Spotify Music app, as it colorizes the Now Playing interface just as well in the third-party app: 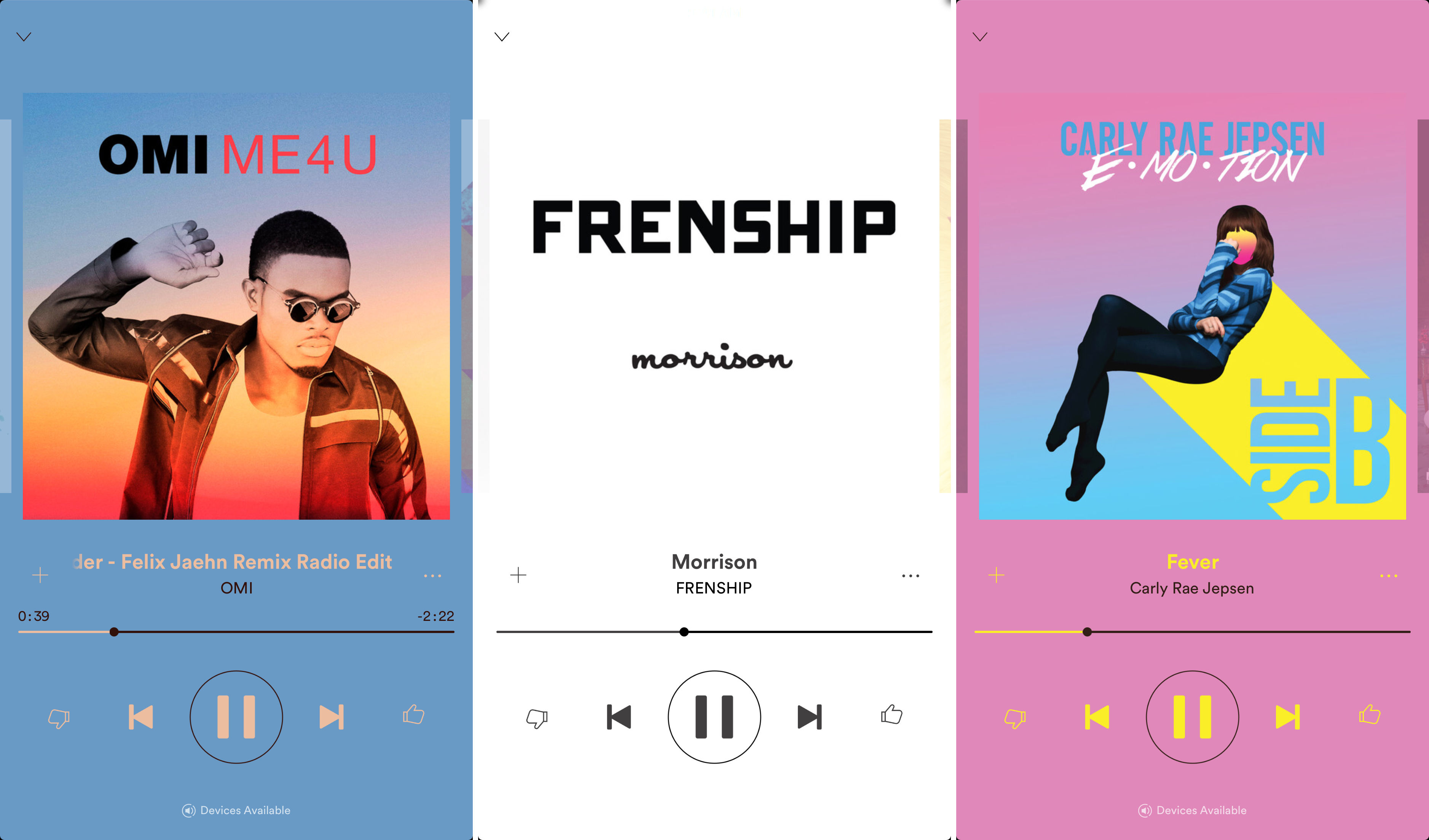 Unfortunately, support for other third-party music apps is not currently built into the tweak, so it’s limited to the Apple Music and Spotify apps at this point in time.

ColorFlow 3 adds a preferences pane to the Settings app where you can choose the apps that are affected by the tweak, as well as what happens on the Lock screen: 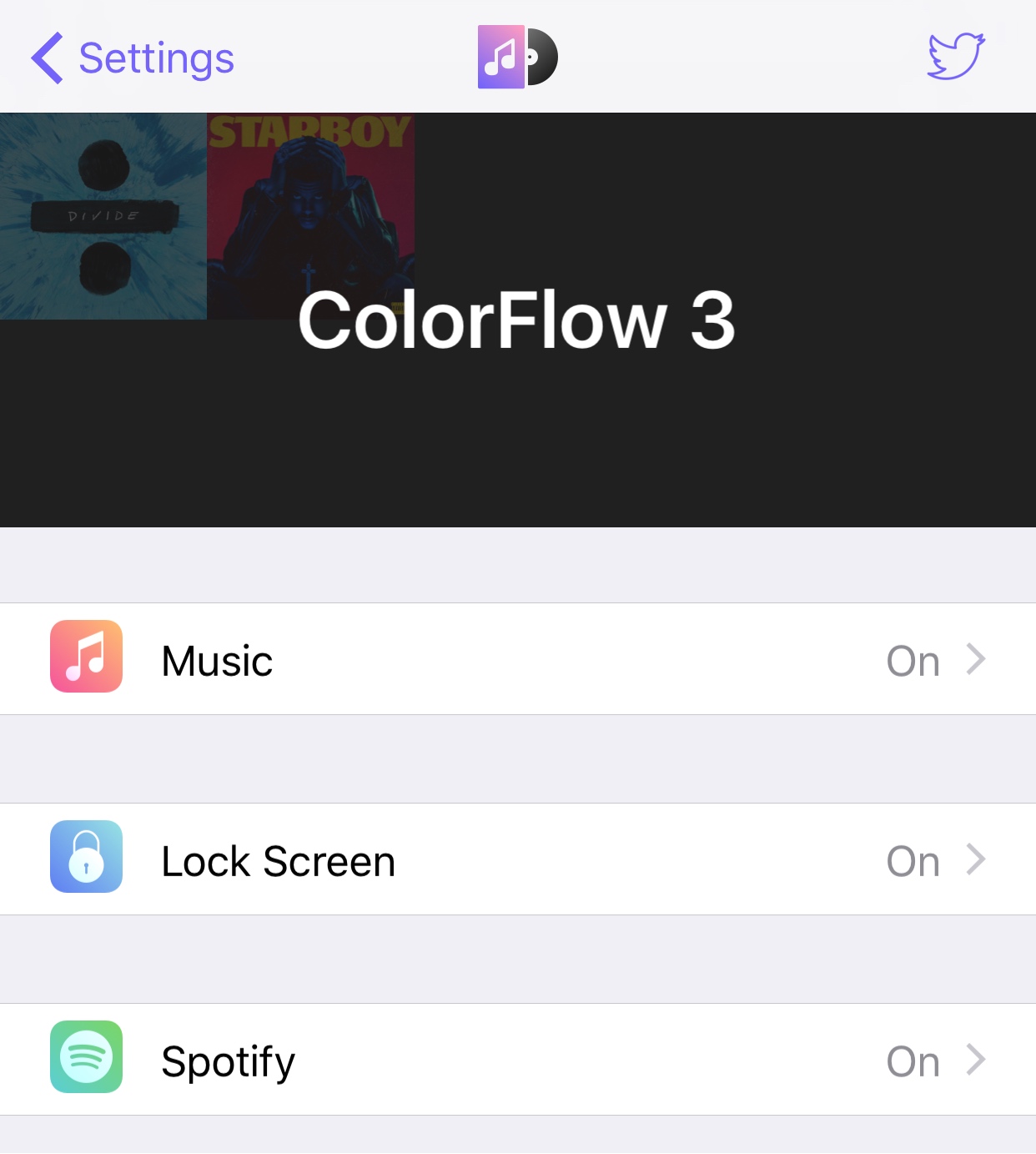 Each preference pane includes an option for clearing the cache, which can be useful if you ever see the wrong colors appear for any unexplained reason.

On the Lock screen, you get the additional option of removing the album artwork shadow, which is an effect you don’t see anywhere else due to the Lock screen’s stock “transparent” UI.

If you’re interested in trying ColorFlow 3, it’s available in Cydia’s BigBoss repository today for $1.99. If you own any previous version(s) of ColorFlow, then it’s available to you for a discounted upgrade price of $0.99.

Note: ColorFlow 3 is made specifically for jailbroken iOS 10 devices, so if you have any other iOS version, be sure to check out a legacy version of the tweak, like ColorFlow 2, made for your specific iOS version.

Related tweak: This tweak shows a notification banner any time a song on your device changes

Do you like the idea of having your Now Playing screen colorized by the dominant colors of your music artwork? Share in the comments below!