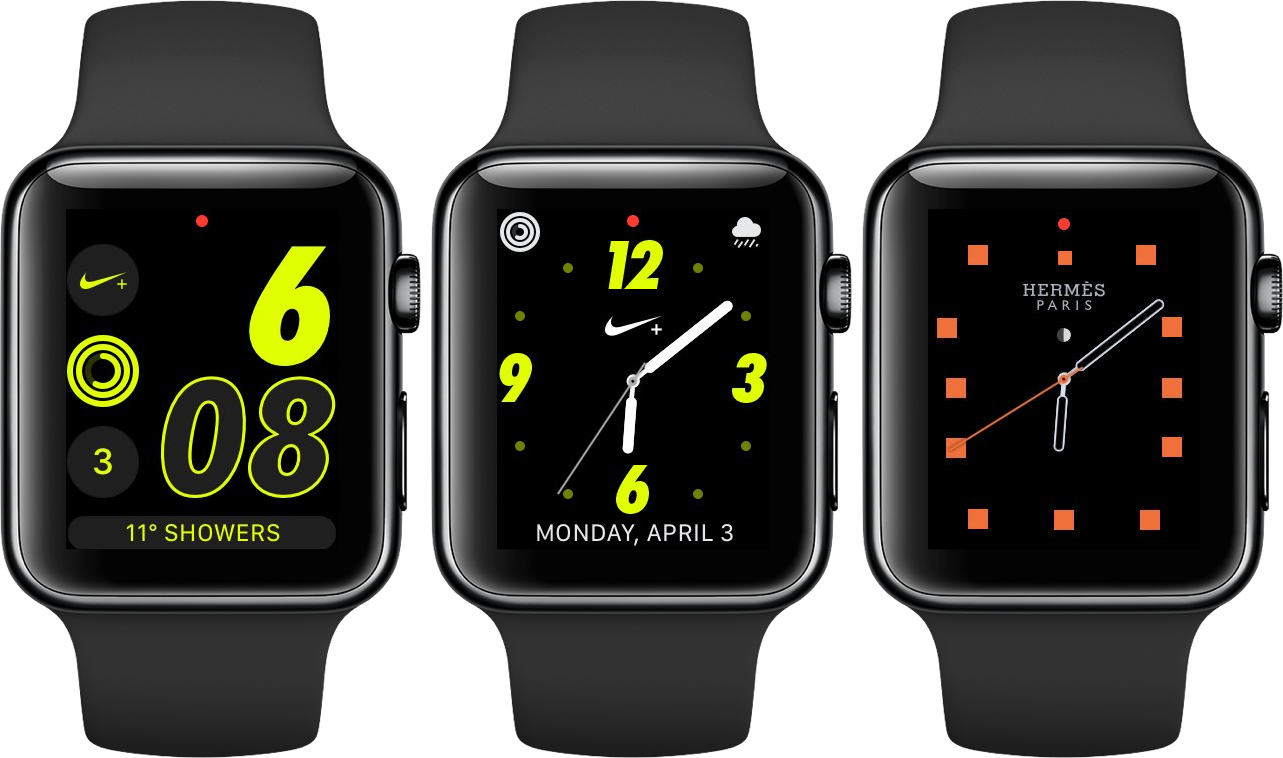 Apple limits some of their watch face designs to certain Apple Watch models. For example, the Hermès and Nike editions of Apple Watches offer their own unique faces that can’t be accessed on any other Apple Watch. Or at least, not without an iPhone jailbreak…

iOS developer Ayden Panhuyzen has been trying to port these faces to other models of the Apple Watch for quite some time, and he appears to be demonstrating success in his endeavors. As a result, the jailbreak tweak dubbed SpecialFaces is now in beta. If you’re wondering how to get the Hermès and Nike+ faces on your Apple Watch, this is how.

Once installed, the tweak modifies the Apple Watch app on your iPhone, making the Hermès and Nike+ faces available for use on any model Apple Watch you might have, whether it’s the standard stainless steel model, the aluminum Sport model, or the ceramic/gold Edition model, etc… 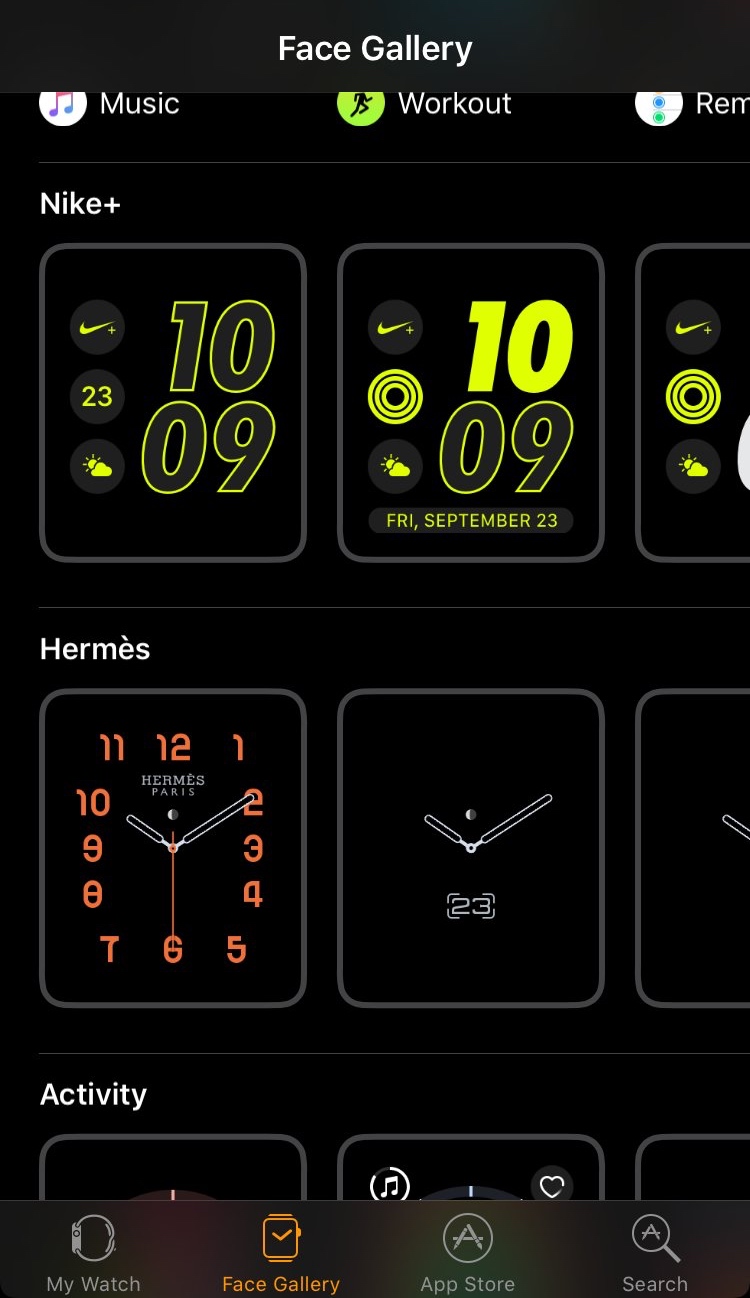 You can select the face you want to use, whether you opt for the Hermès or Nike+ option, or a stock option. They’re enabled in the same way you would enable any other watch face – by dragging them into the order you want. Once applied, it gets pushed to your Apple Watch and takes effect immediately.

While the unsupported watch faces are fully operational, the Hermès and Nike faces aren’t quite complete just yet. As you can see from some of the examples below, the numerals at the edges of the screen that help you to tell the time are missing from the Nike watch face (boxes are displayed in their place on the Hermès face), and some other minor imperfections are noticeable as well: 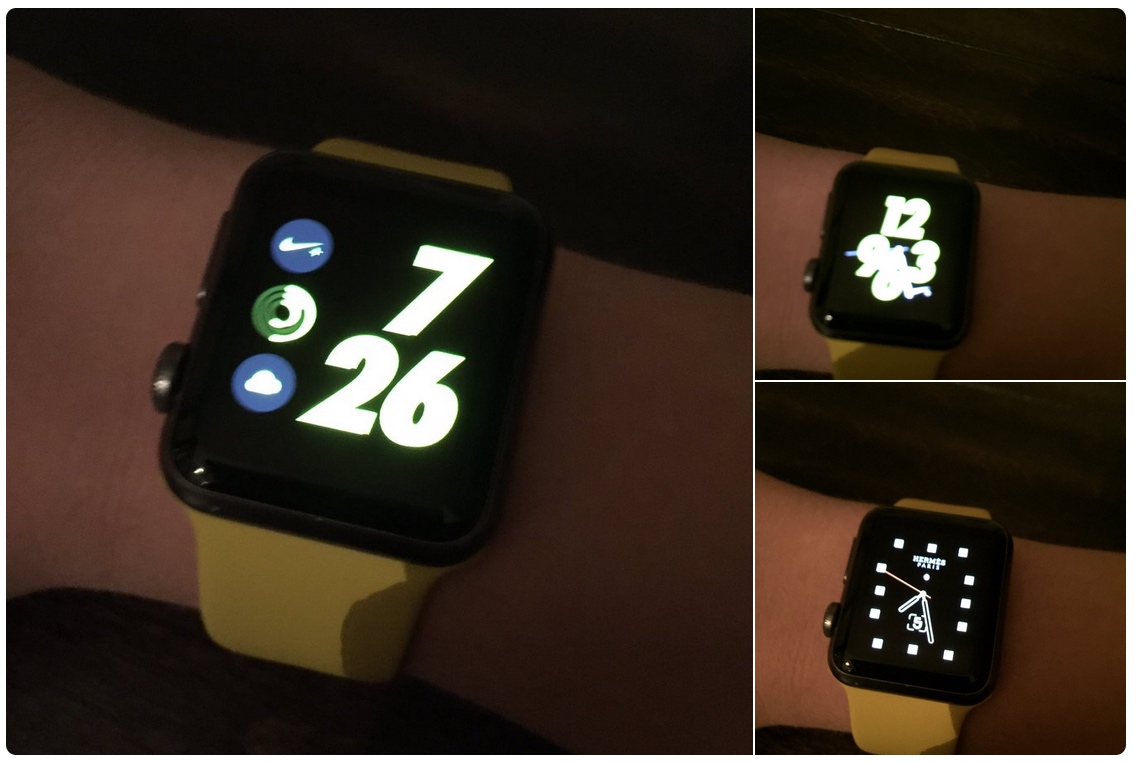 The developer cites that he’s looking into what could be causing this glitch and is keeping his fingers crossed for a fix, although he can’t guarantee that this will ever be fixed since the Apple Watch itself isn’t jailbroken and can’t be modified.

Regardless, the watch hands still move and most people know what a clock looks like, so it doesn’t really hinder telling time. Still, this may or may not turn you off from trying this tweak out for yourself. One could still theoretically tell the time even with the numerals missing just by judging the clock hands, so it’s more of an aesthetic nuisance than a time-telling issue.

Apple’s watchOS is designed with checks and balances to make sure the software is working right, so you might have to reapply the Hermès or Nike+ watch faces that you enable on your unsupported Apple Watch in this way from time to time. This can happen when you enter editing mode on the watch itself, or when you reboot the Apple Watch.

What happens is the unsupported faces “disappear” from the Apple Watch without any warning and the fix is to re-launch the Apple Watch app on your iPhone and simply set your unsupported watch faces back up again. You won’t have to uninstall and reinstall the tweak though, which is good.

This step to fix the problem will feel redundant, and honestly it might even feel cumbersome, but how often do you really edit your watch faces or reboot your Apple Watch anyway? Nevertheless, if you want the unsupported watch faces that badly, you’ll find a way to co-exist with the extra hassle.

One final ting to take note of is that this hack only works on Apple Watches with watchOS 3.0-3.1.1 installed on them at this point in time. 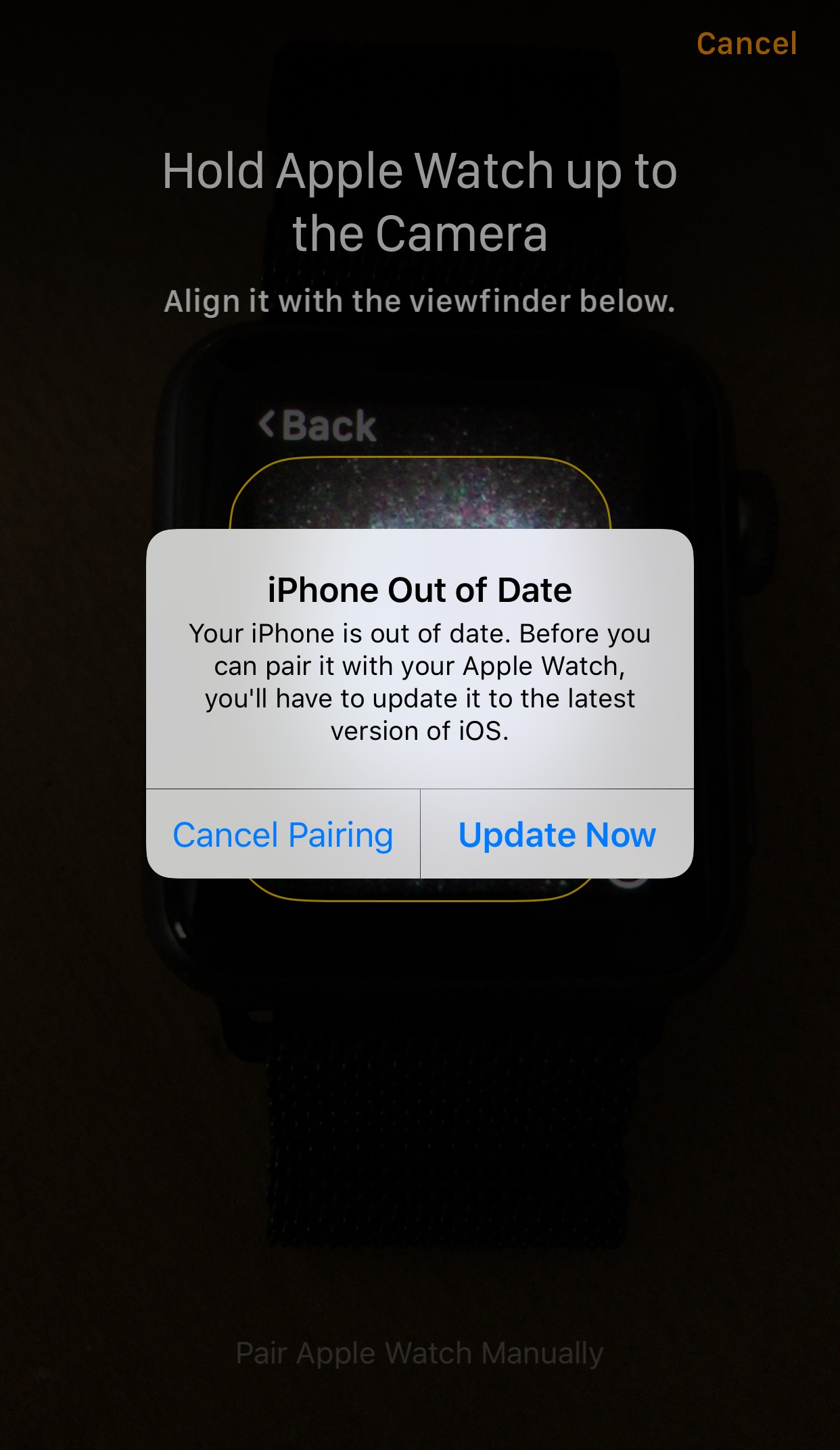 How to get the Hermès and Nike+ watch faces

If you’re still excited to try this mod out, then you can follow the steps below to get SpecialFaces:

1) Launch the Cydia app from your Home screen and go to the Sources tab.

4) In the text field of the pop-up that appears, type in the following repository URL:

5) Tap on the Add Source button and wait for the repository to load into Cydia. 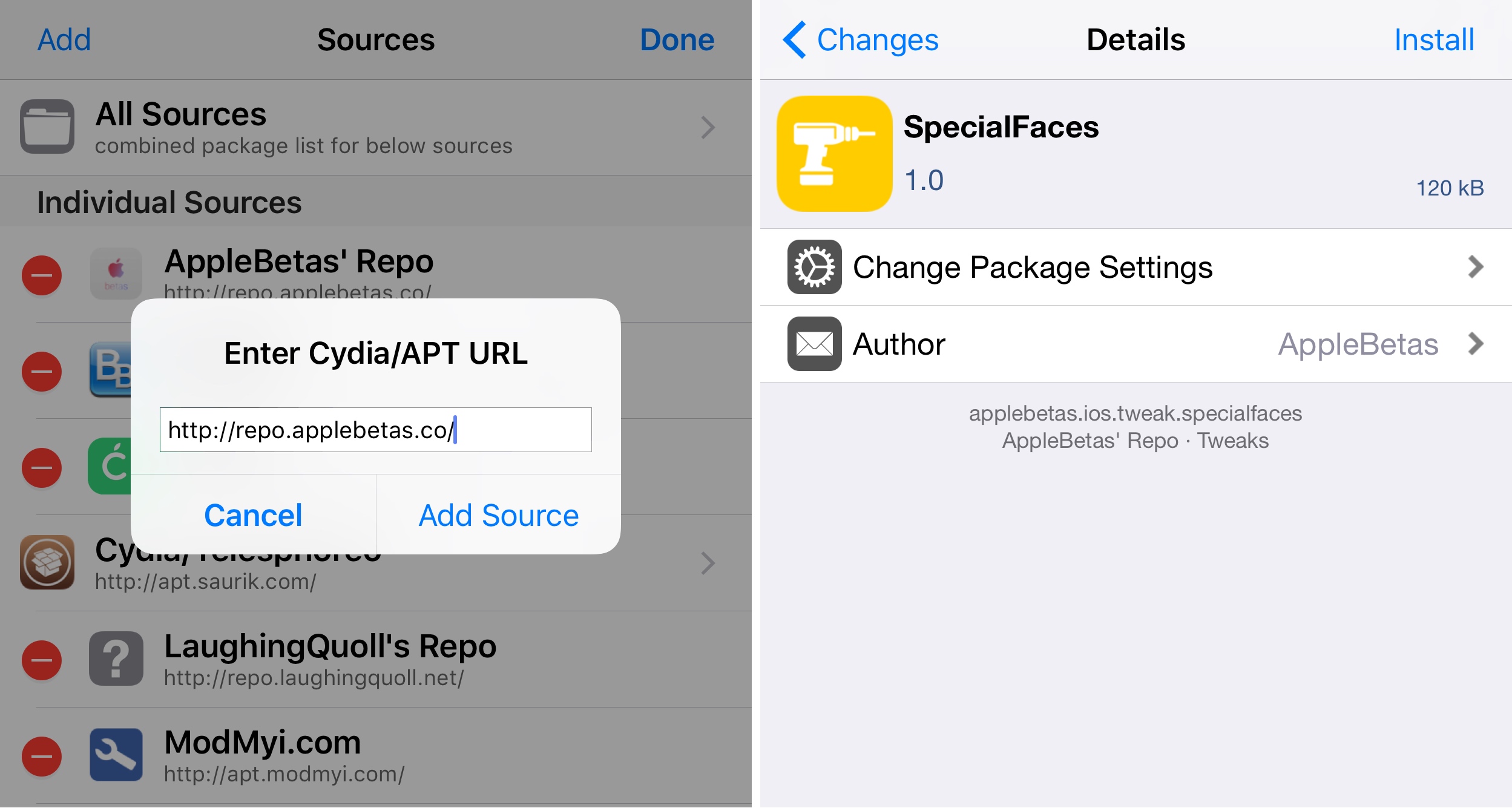 6) Now you can search for and install SpecialFaces from Cydia for free.

After installing and respringing, you can open the Apple Watch app on your iPhone and try playing with your Apple Watch faces.

While the hack certainly isn’t perfect, it’s a step in the right direction. It’s especially surprising that it’s possible to do something like this without jailbreaking the Apple Watch itself.

There are a number of caveats to overcome to make the tweak work, but it’s an awesome proof of concept that you can use to show off to your friends or use to get the watch face you want without paying premium prices for the higher-end Apple Watch models.

Will you be using SpecialFaces to enable unsupported watch faces on your Apple Watch? Share why or why not in the comments section below.