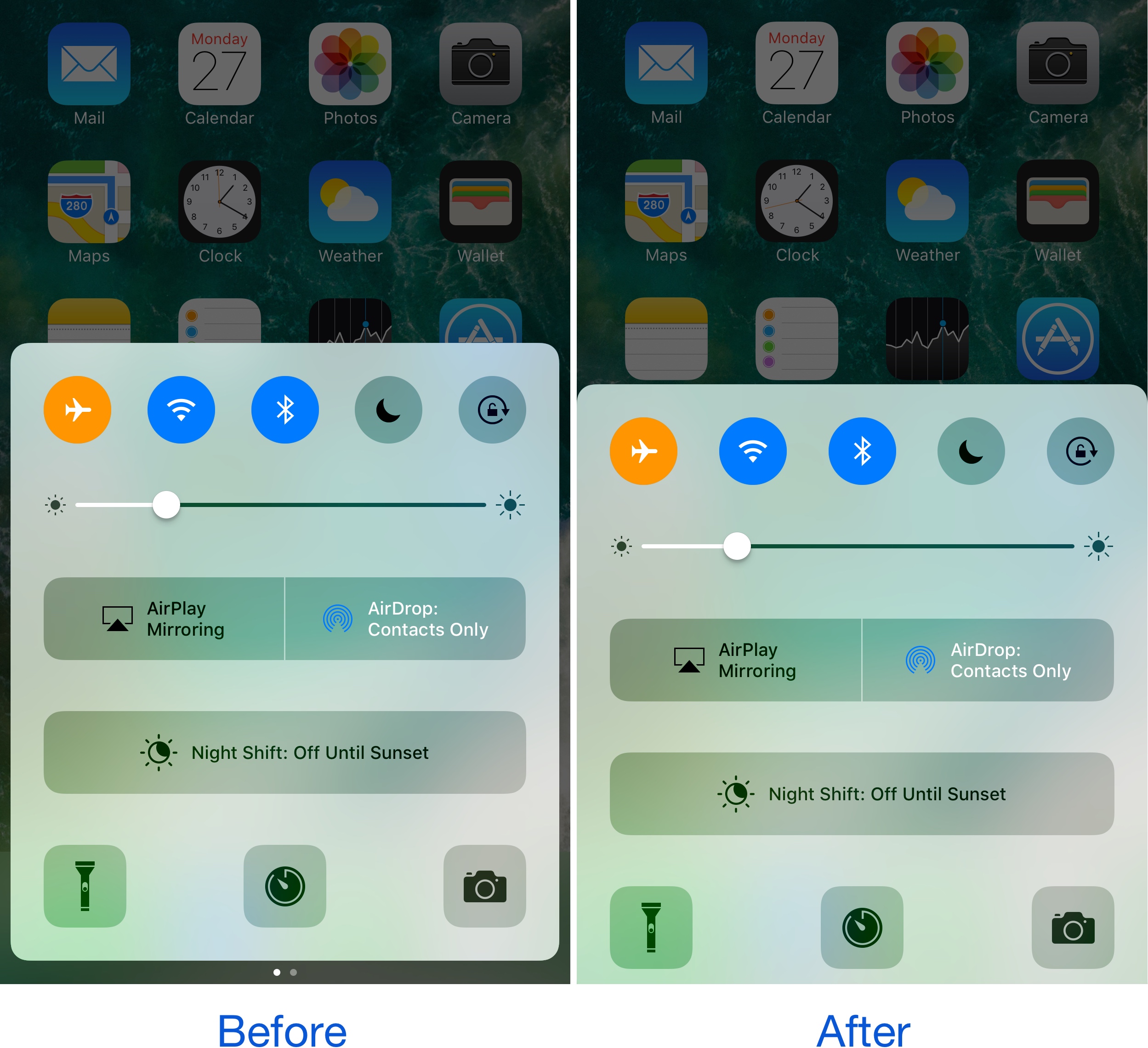 Control Center came with quite a drastic UI change after iOS 10. It used to be a much fuller interface and it didn’t appear as a floating window in the middle of the screen like it does now.

If you preferred how it looked in iOS 9 and earlier compared to the way it looks now, then a new free jailbreak tweak called CCNoFloating by Pax Cex can help cure your nostalgia.

Even though Control Center spans edge-to-edge now, you can still scroll through the different Control Center pages. Each page you visit will exhibit the full-screen look and feel. If you use a tweak like App Center, there will be more pages to swipe through and the effect carries over to each of those too.

CCNoFloating adds a preferences pane to the Settings app where you can toggle the tweak on or off on demand: 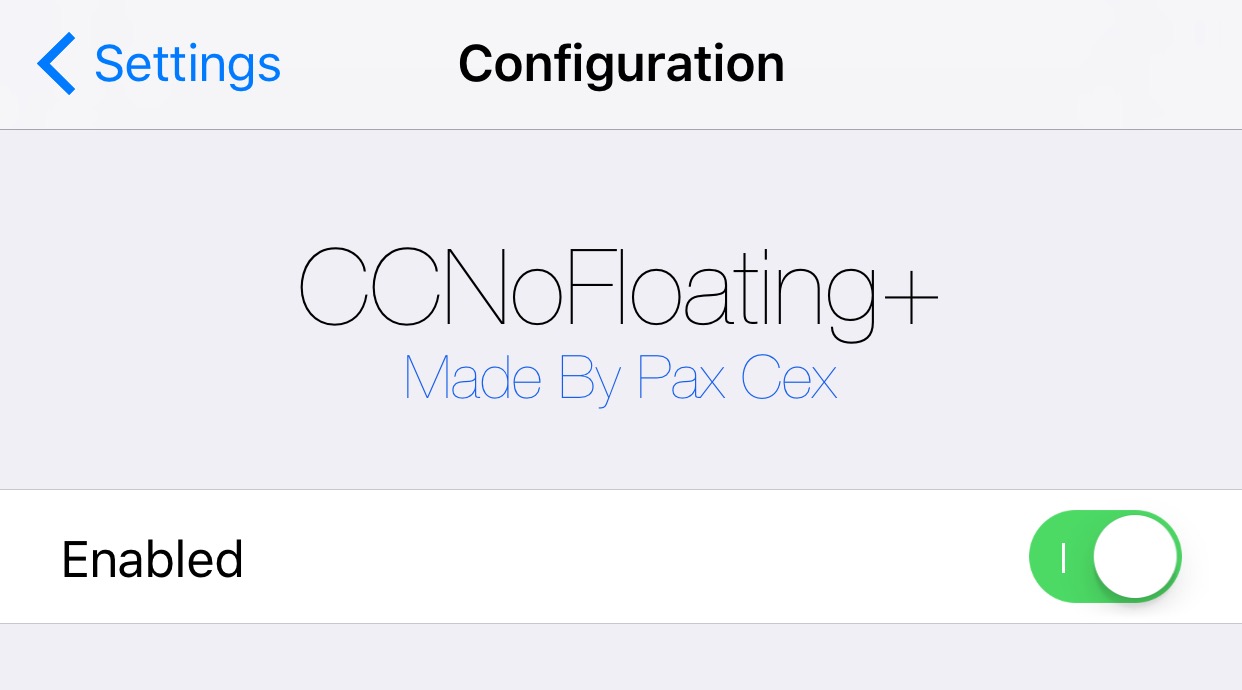 Since the changes are immediate, there’s no need to respring your device.

CCNoFloating is a step in the right direction for anyone who isn’t a fan of how Control Center was redesigned in iOS 10. Paired with tweaks like Creamless, you can even remove the color effects that were added in iOS 10 to make Control Center bland, just as it was on iOS 9 and earlier.

CCNoFloating is only intended for jailbroken iOS 10 devices, so if you meet the criteria, you can download CCNoFloating from Cydia’s BigBoss repository for free today.

Do you prefer the modern floating look, or the classic edge-to-edge look? Share your opinion in the comments section below!