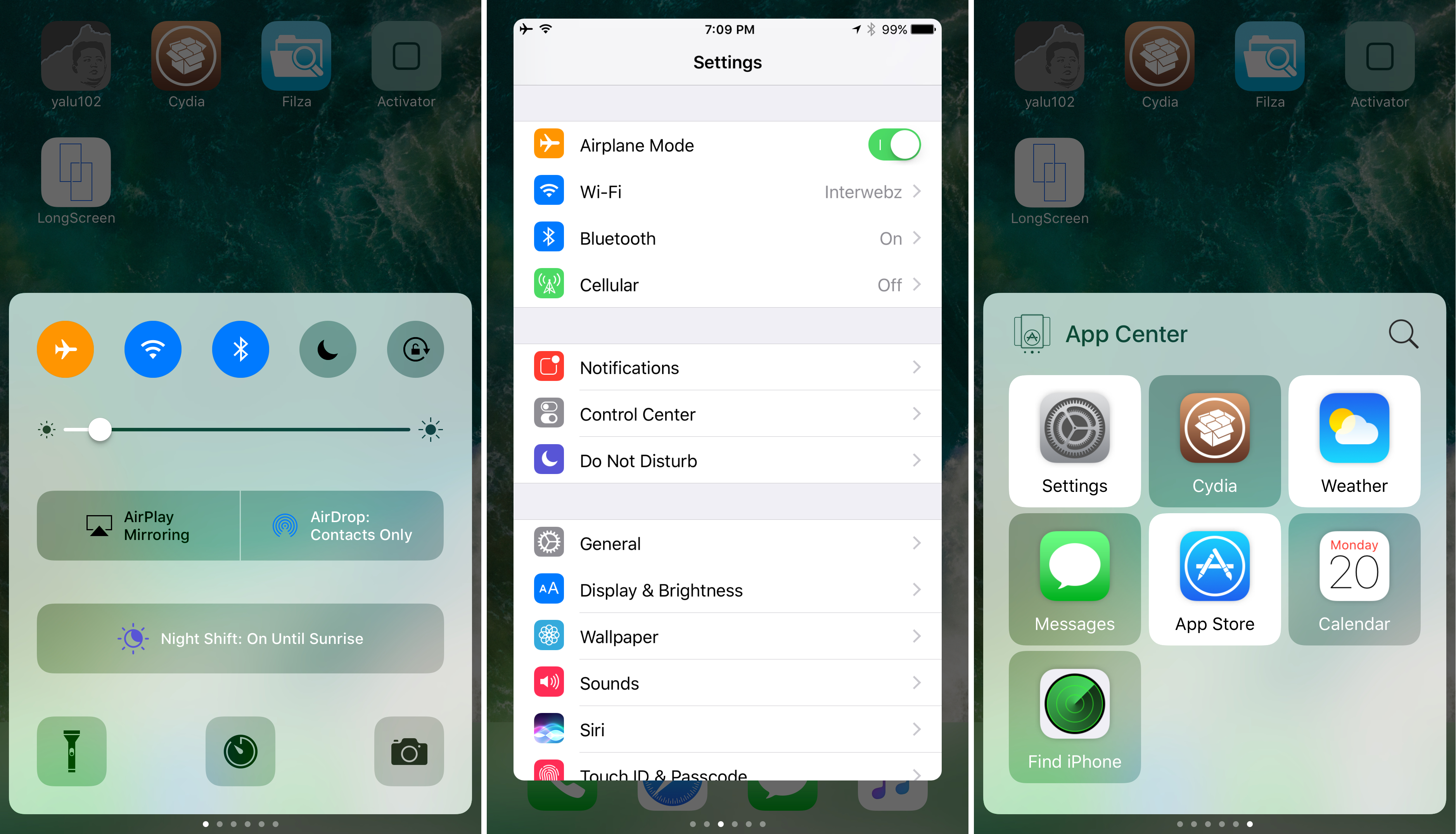 If you’ve ever wanted to make access to your favorite apps even easier, and improve the efficiency of multitasking between apps, then you’re going to love a new jailbreak tweak called App Center by Evan Swick and Conath.

This tweak integrates up to nine of your recently used apps into different pages in Control Center, allowing you to quickly swipe between them and interact with them within windowed views.

When you launch Control Center and you swipe all the way to the right, you will see a new app picker interface that allows you to choose which of your recently used apps appear in your Control Center pages. Apps that appear highlighted are enabled, while apps that appear dimmed are disabled.

Enabled apps appear in individual pages that you can swipe between, just like you would normally do between the music control and toggle interfaces, but disabled apps are hidden from the app picker interface entirely. Check out the GIF below as an example:

Any app you search for or enable in the app picker is going to become a live app on your device, so it will appear recently used in your App Switcher and will use your device’s RAM too.

You can tap and hold on any of the app icons that appear in the app picker, and doing so will launch the apps in their regular full-screen mode instead if you don’t want to use the app in windowed mode in Control Center.

I particularly like the windowed app views that you can access with App Center, as it makes it super easy to switch between different running apps, which is valuable from a multitasking perspective; especially if your device’s display isn’t big enough for the native Slide Over functionality that comes on some iPads, but you still want a similar feature to get from one app to another very quickly.

App Center adds a preferences pane to the Settings app after installation, and here you can configure the tweak to your own liking: 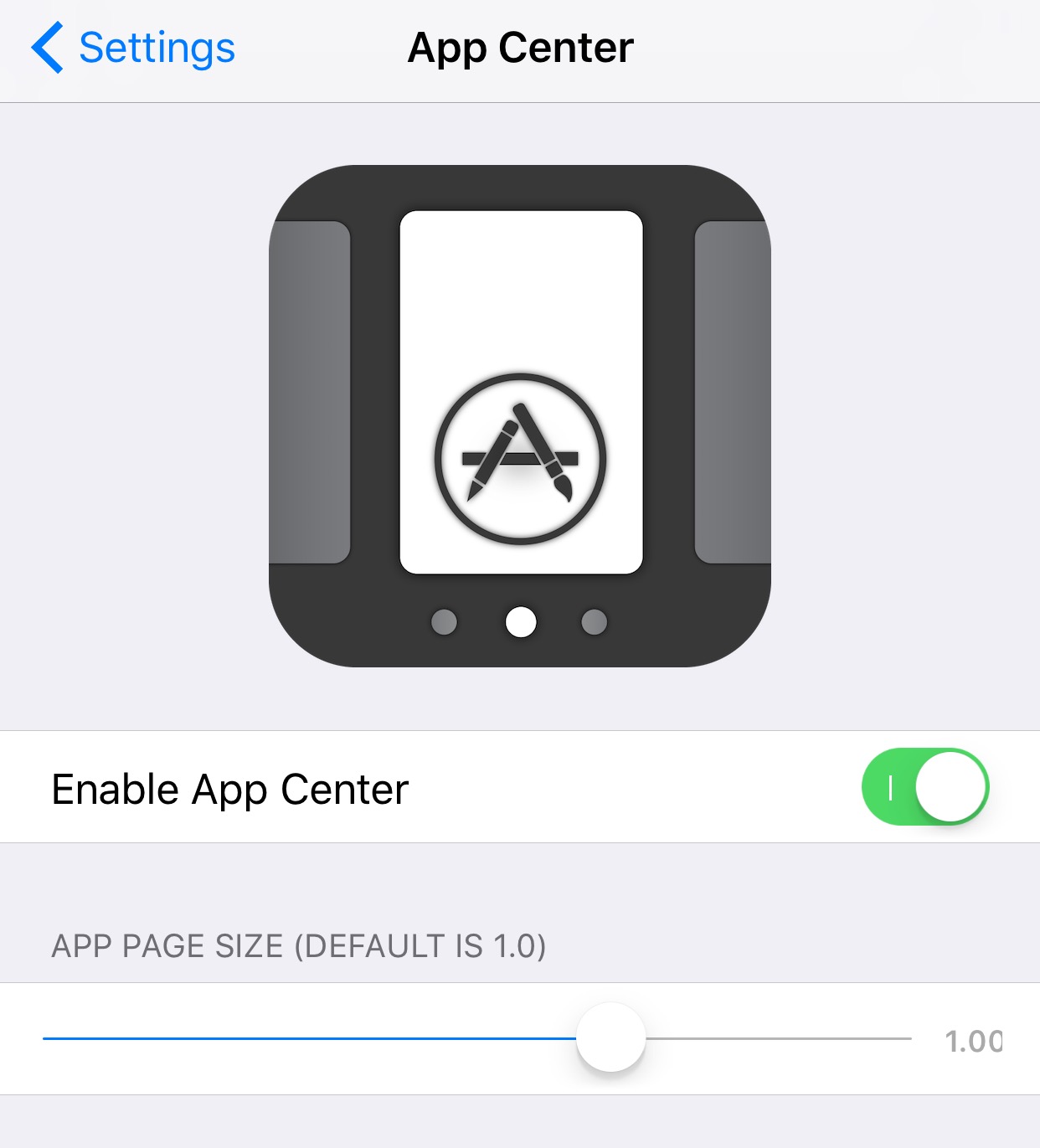 You get options for toggling the tweak’s functionality on or off on demand, as well as choosing the size of the windowed apps in Control Center.

For what it is, App Center is very much a mix of both gimmicky and useful features, but it really depends on how you use your device. Someone who switches between multiple apps frequently will have more use for this tweak than someone who doesn’t, but even if you don’t, it’s still a really cool extension to have just for the bragging rights you get from being jailbroken.

App Center is designed to work on iOS 10 devices and is available in Cydia’s BigBoss repository for $3.99. For those who like to see what makes jailbreak tweaks tick, the developers have also uploaded App Center’s source code to GitHub.

Do you like the concept App Center brings to the table? Share your thoughts in the comments below.