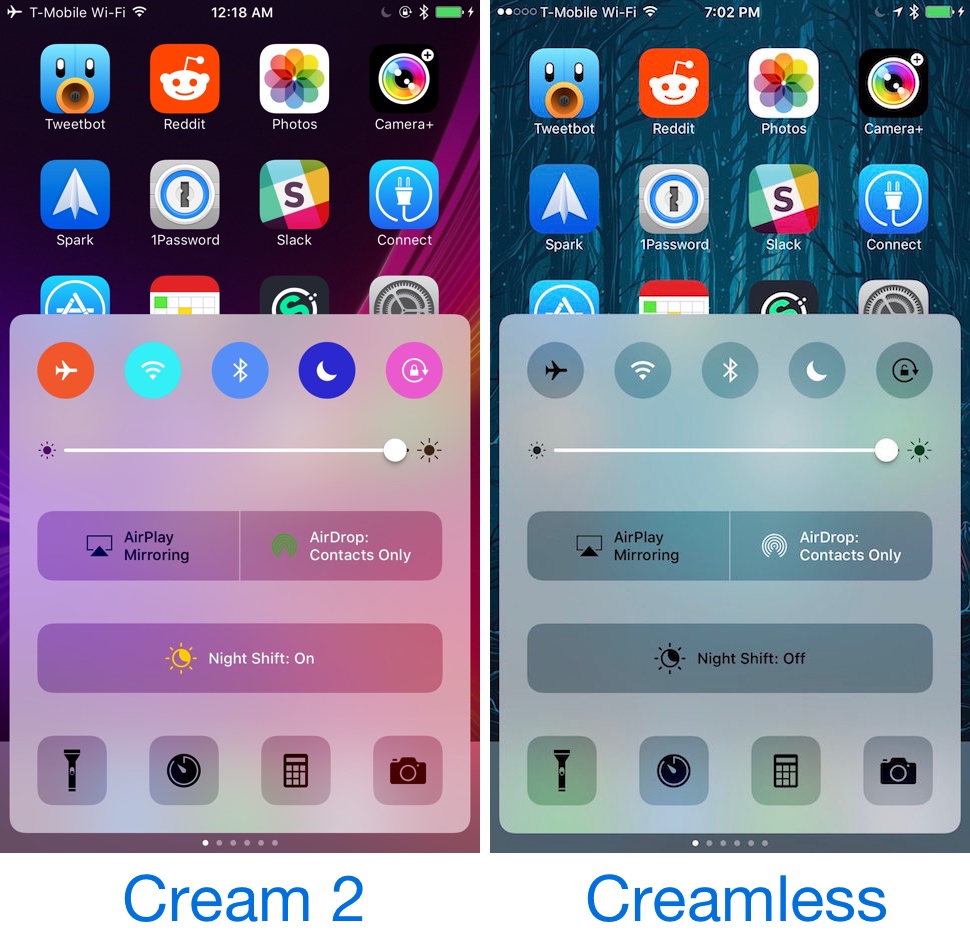 Starting with iOS 10, your Control Center toggles are colored whenever they’re toggled on. This includes the toggle buttons at the top, in addition to the AirSharing buttons and the Night Mode toggle.

On the other hand, anyone who doesn’t like the appearance of the new colorizations in Control Center in iOS 10 and is jailbroken with the beta iOS 10.1.1 jailbreak by Luca Todesco can use one of two new free jailbreak tweaks called Cream 2 and Creamless to either customize all of Control Center’s colors or disable them altogether.

Cream 2 is similar to the original Cream jailbreak tweak, which would let you colorize your Control Center toggles to your liking.

Although they’re already colored out of the box, Cream 2 will let you configure custom colors that your device doesn’t have already, which means you get the added benefit of personalizing your iOS 10 Control Center experience. 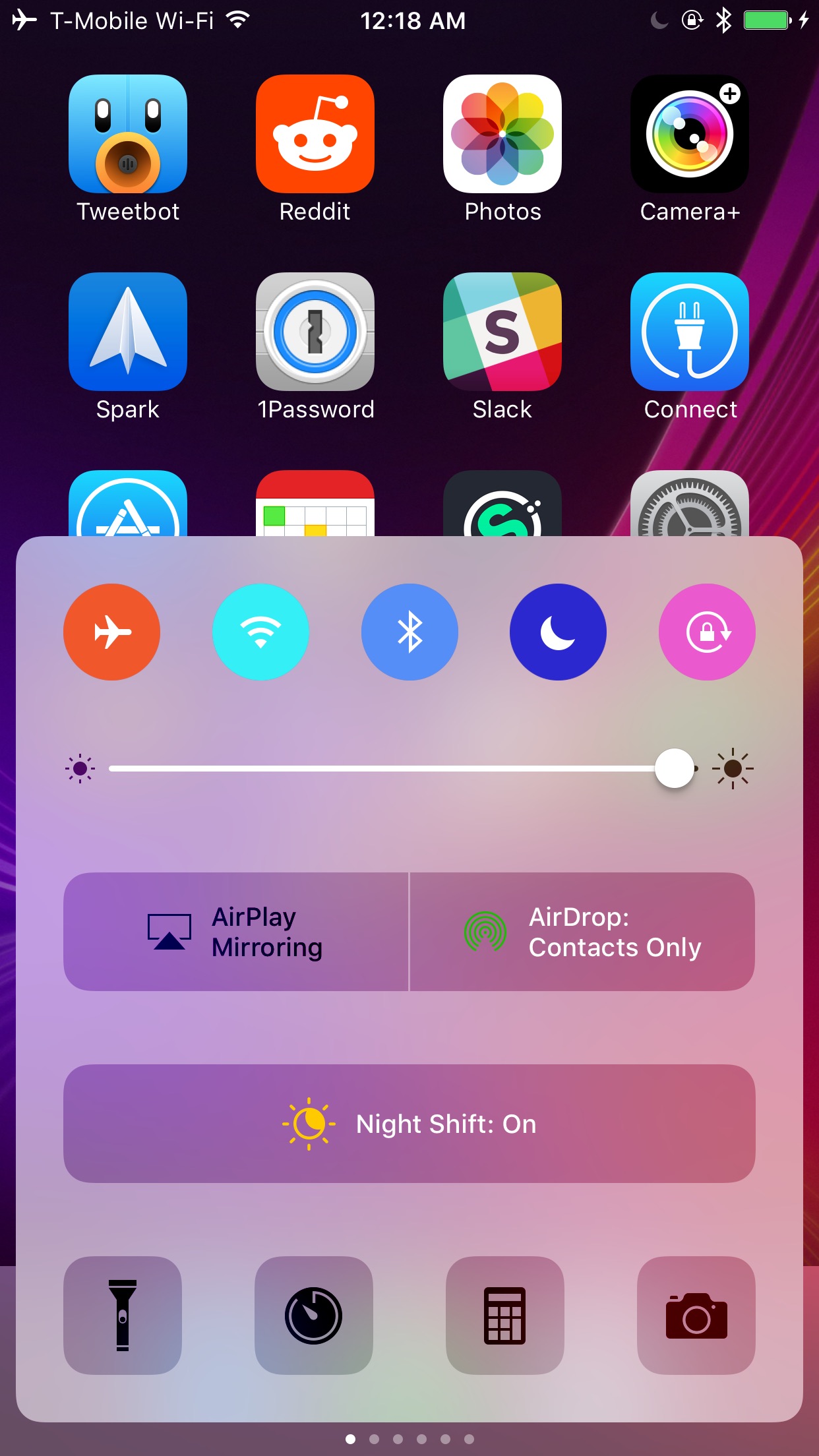 Cream 2 will put a preferences pane in your Settings app where you can configure the toggle buttons colors to your liking: 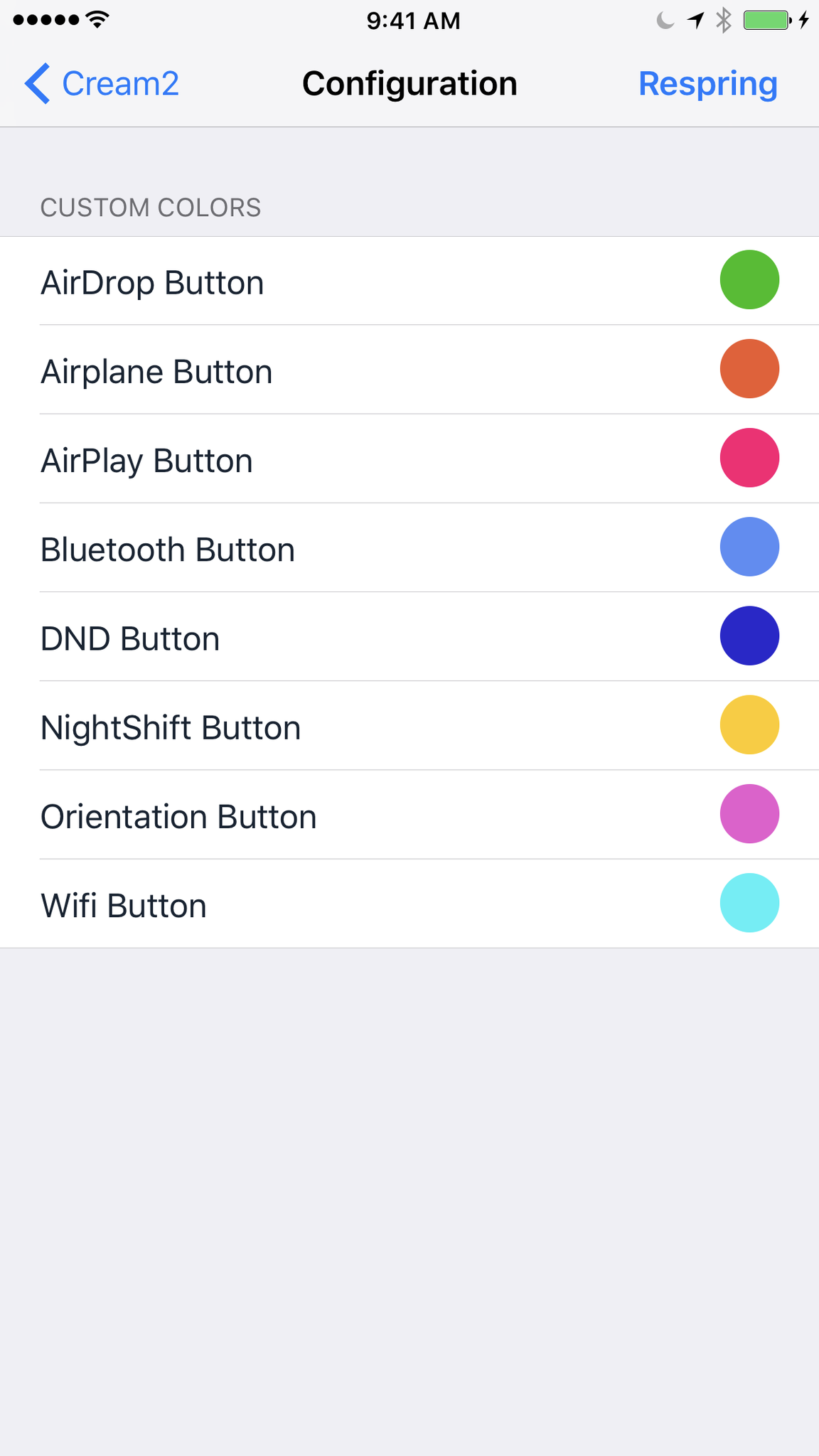 After you’re all set configuring your custom colors, you can tap on the blue Respring button at the top right of the preferences pane to respring and save your settings.

The end result of Creamless, on the other hand, is a set of monotonous-looking Control Center toggles, but for people who aren’t fans of all the extraneous colors that pop up when you start turning things on or off, this might be just what you’ve been looking for. 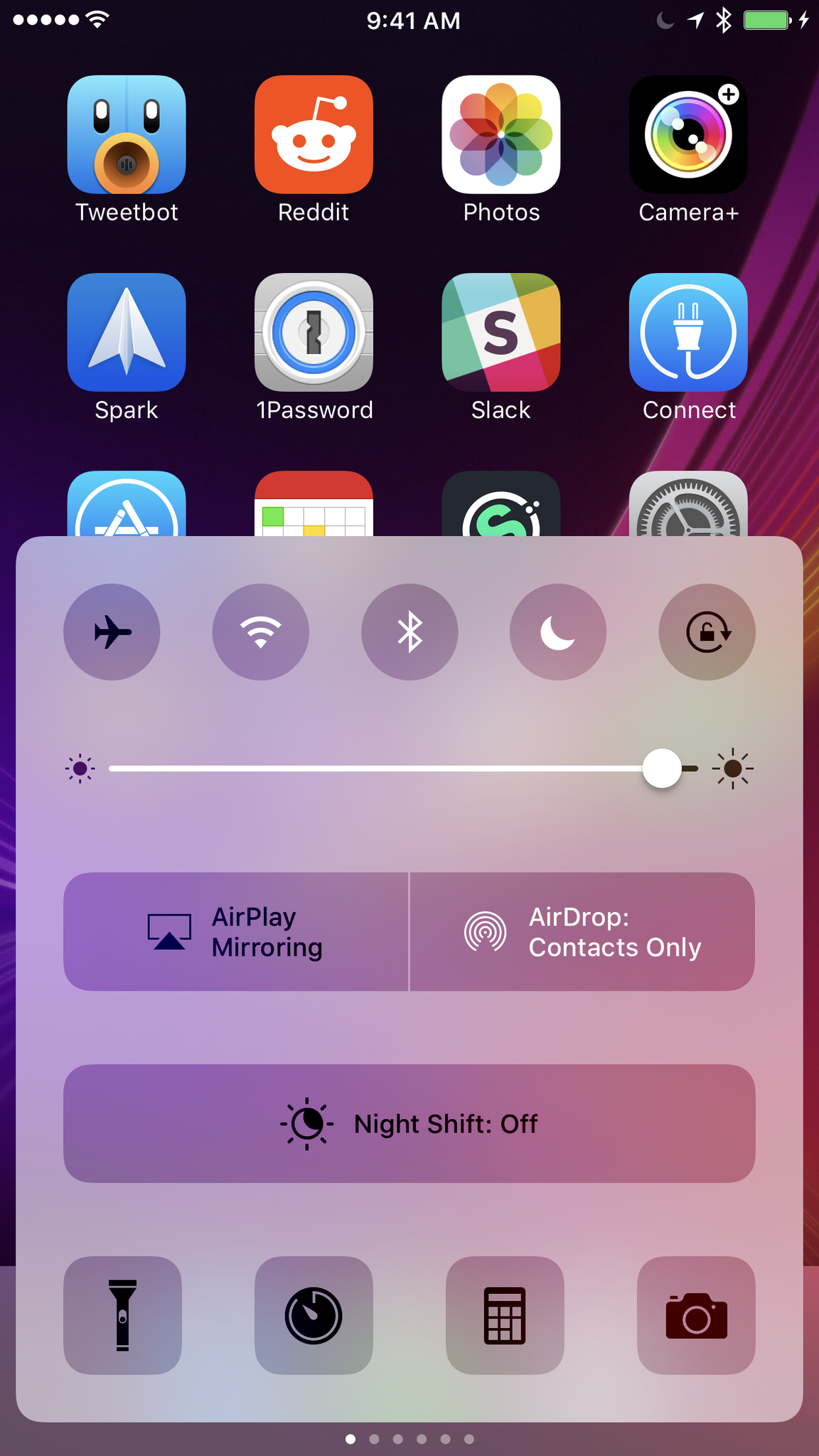 With the tweak installed, toggles will glow a blander light gray color rather than glowing all sorts of colors that scream, like blue, orange, purple, and red.

Creamless doesn’t have any options to configure, so there isn’t a way to toggle it on or off. As soon as you install it, it will remove those colors from Control Center and they’ll remain that way until you remove the tweak via Cydia.

Personally, I think I like the effects of Creamless a bit more because the colorless attitude of Control Center seems a little less overpowering, but if you would rather use custom colors than the stock ones, you’ll probably enjoy Cream 2 more.

If you’re interested in downloading Cream 2 or Creamless on your jailbroken iOS 10 device, you can do so for free from Cydia’s BigBoss repository right now.

Will you be customizing your Control Center toggle button colors, or negating them entirely? Share in the comments below!